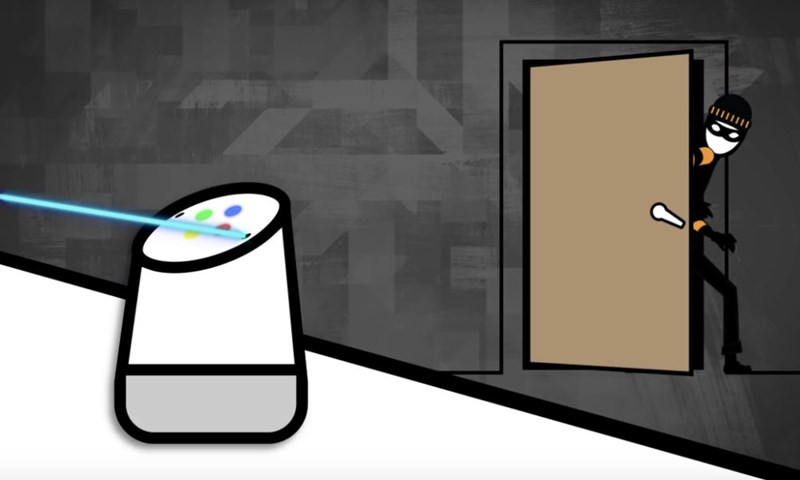 Oh customer service, it gets to everyone, you know? After seeing his bug report get stalled by the development team twice, frustrated Palestinian cybersecurity researcher Khalil Shreateh decided to take his discovery straight to the CEO's office by posting a lengthy message on Mark Zuckerberg's Facebook wall last week. When the story hit the tech news headlines over the weekend, the company responded that the bug was fixed as of last Thursday and pointed to the language barrier and lack of information provided on Shreateh's part for their delayed response. Unfortunately, Shreateh won't be getting his $100 reward from Facebook's White Hat program, as his stunt has been deemed a violation of the website's terms of service. 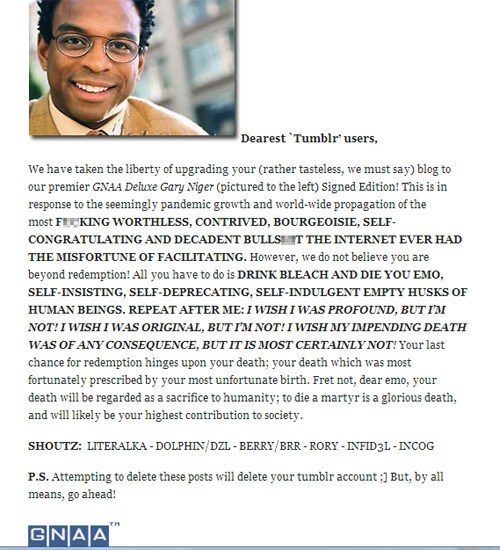 The infamous online trolling collective GNAA (Gay Ni**er Association of America) has apparently managed to hack Tumblr and disseminate its worm-ridden, ranting message against Tumblr users and "emo kids" (shown left) on the site, reportedly affecting over 6,000 Tumblr accounts in the matter of few hours since the exploit began on Monday morning. According to The Daily Dot, if your dashboard has been infected by the worm, you can get rid of it by simply deleting such posts from the dashboard.

Google Glasses Hack of the Day

Will Powell, an augmented reality developer in the U.K., has beat Google at the future. His version of Google's glasses is hacked together Vuzix glasses, HD webcams, and a mic headset powered by a custom-coded Adobe Air app and Dragon voice recognition software. Translation? He built them himself using existing technology and duct tape.

A statement at the end of the video silences naysayers: "All video is recorded in real time and is undoctored."