Watch as he tries to beat his own record with a vault of 7'2". 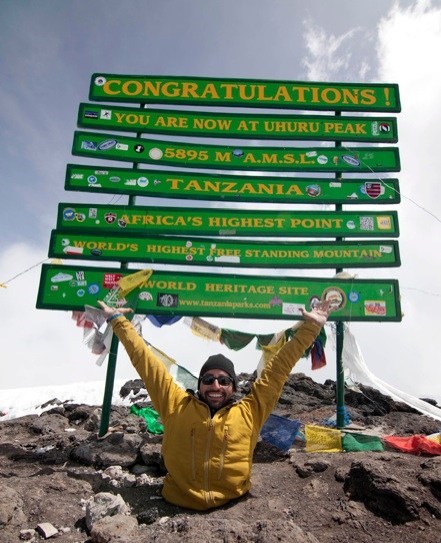 Spencer West lost his legs to a genetic disorder when he was 5. Today, he made it to the top of Mount Kilimanjaro, having climbed 80 percent of the way on his hands. He also did it while raising $500,000 for charity.

The moment the summit was within sight… it was incredible. We looked around -- me, David and Alex -- and realized that, after seven grueling days of relentless climbing, after 20,000 feet of our blood, sweat and tears (and, let's face it, vomit) we had actually made it. We were at the top. The summit sign seemed almost like a mirage. Then it sunk in. We made it. To the top of the mountain. The mountain that I promised to the world I would climb. The bleeding fingers and blisters were all worth it. I looked at the guys, my two buddies who dreamed up this crazy plan with me, and realized we actually finished what we started.

Arthur Boorman, a paratrooper in the Gulf War, made so many jumps that he blew out his back and knees. He grew depressed and packed on the pounds, ultimately requiring crutches to get around; doctors told the veteran he'd never be able to walk unassisted again. For 15 years, Boorman accepted that he was disabled.

Then he discovered yoga. 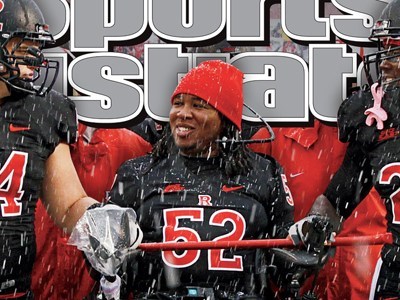 In the coolest move a pro sports team will make this week, the Tampa Bay Buccaneers have signed as a free agent former Rutgers defensive tackle Eric LeGrand, who was paralyzed from the neck down in 2010 while playing for Rutgers. Bucs coach Greg Schiano was the coach at Rutgers when LeGrand was injured:

"Leading up to the draft, I couldn't help but think that this should've been Eric's draft class. This small gesture is the least we could do to recognize his character, spirit, and perseverance. The way Eric lives his life epitomizes what we are looking for in Buccaneer Men."

LeGrand's doctors feared he would spend his life a quadriplegic and on a ventilator, but he is killing it in physical therapy. He tweeted a picture of his progress last summer: "Standing up little by little in therapy," he wrote.

LeGrand returned to the football field on October 29, 2011, one year after his injury, leading the Rutgers team out onto the field at Rutgers' stadium. The occasion was voted the magazine's Moment of the Year and graced the cover of Sports Illustrated's 2011 year-end issue.

LeGrand's latest tweet is a pic of a Buccaneers helmet, accompanied by: "We ready!!!" 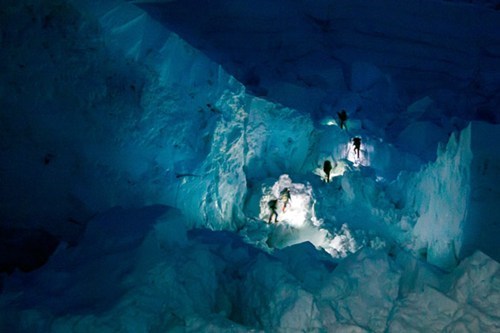 Since we're at the beginning of our expedition, our current dread is the Khumbu. It was once thought to be one of the most dangerous places on Everest, but statistical research by Professor Ray Huey at the University of Washington has shown that passing through the Icefall is far, far less dangerous than going for the summit. But that's not how it feels when you're inside the maw of the Khumbu!

Meanwhile, the second casualty of the season was recorded today: Tshering Sherpa tripped on a ladder on his way to Camp 2 and fell 150 feet to his death in a crevasse.

Barry West was paralyzed from the chest down -- which means he lost the use of his arms and legs -- in a car crash in 1996. He was struggling to adapt to his new life in a wheelchair when he ran into a paralyzed pal who said something that got him thinking.

"He told me that he had just done a skydive. I was gobsmacked."

Since that fateful encounter, West, 35, has taken up paragliding, scuba diving, skydiving, ­mountaineering, kayaking, and skiing (don't miss the pics), and he plans to scale Africa's highest peak, Mount Kilimanjaro, next year. And, of course, he will be an Olympic torchbearer in July as the torch makes its way to London.

What's next? West wants to ride a horse: "I don't mean just sitting on it, but riding it properly around a paddock without anyone holding the reins." 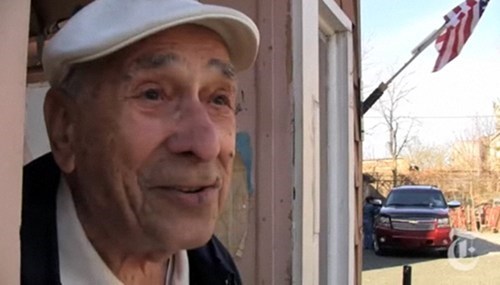 Joe Binder, who runs the valet at Mario's Restaurant in the Bronx, just turned 102, and he has no plans to give up his gig of 25 years. "I still drive locally, and I just renewed my license, so I'm good until I turn 110 years old," he said. "My secret? I've been very nice to people in my life." To help him celebrate, residents of his Catholic neighborhood strung a huge banner across Arthur Avenue wishing him happy birthday. 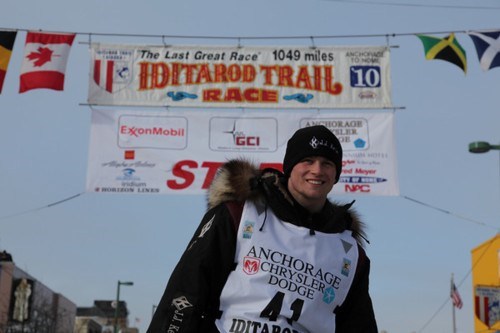 Inspirational Motivational of the Day: 25-year-old Dallas Seavey has become the youngest person ever to win the Iditarod Sled Dog Race, crossing the finish line in Nome, Alaska, a week and a half after leaving the starting point in Anchorage.

Seavey, a USA Wrestling champ who comes from a proud line of Iditarod mushers -- his father, Mitch Seavey won in 2004 -- took control of the race midway through.

Ally Zirkle, 41, who had been leading until then, will finish second. Ramey Smyth is expected to finish third.

The so-called "Last Great Race on Earth" was started in 1973, and covers a stretch of about 1,000 miles which generally takes mushers and their team of dogs between 10 to 17 days to complete. Last year's winner, John Baker, set a course record by completed the Iditarod in 8 days and 19 hours.