Crowdsourcing Project of the Day: Redditors Launch a Short-Lived Manhunt for The D.C. Navy Yard Shooter

In the wake of today's fatal shootings at the Washington Navy Yard that left at least a dozen of people dead, several Redditors apparently began organizing a manhunt in an attempt to identify the shooter under the newly launched /r/findnavyyardshooters subreddit, though it was promptly banned from the site after many ignored the community's only rule which stated "NO PERSONAL INFORMATION ABOUT LEADS UNLESS YOU'RE REALLY SURE." While many seem to agree with the site administrator's decision, reminding themselves of the infamous sleuthing that took place earlier this year during the Boston Marathon bomber manhunt, others on the site have raised questions over whether it was meant to be satirical from the beginning, given the tongue-in-cheek tone of several posts (like this one) that made their way onto the subreddit prior to its removal.

We Need to Dig Deeper of the Day

British Police are trying to identify a man responsible for knocking a 16-year-old girl unconscious around 12:36 PM (GMT) last week on High Street in Plaistow, London (as seen in the CCTV footage). Anyone with information about this incident should contact the Newham Violent Crime Unit (020-8217-5890) or Crimestoppers (0800-555-111) with the reference number S/194/12.

Editor's Note: This video contains violent footage that may not be suitable for minors. 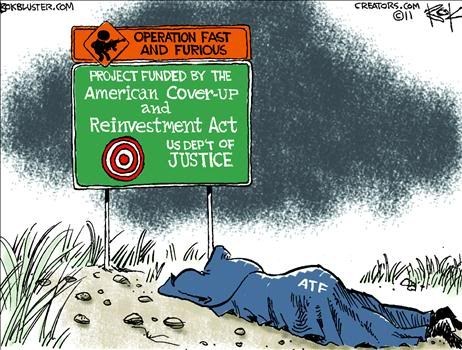 "The Truth About the Fast and Furious Scandal," by Katherine Evan for Fortune, is an investigation into how the federal Bureau of Alcohol, Tobacco, Firearms and Explosives became accused of intentionally allowing American firearms to get into the hands of Mexican drug cartels.

Voth grew deeply frustrated. In August 2010, after the ATF in Texas confiscated 80 guns -- 63 of them purchased in Arizona by the Fast and Furious suspects -- Voth got an e-mail from a colleague there: "Are you all planning to stop some of these guys any time soon? That's a lot of guns… Are you just letting these guns walk?" Voth responded with barely suppressed rage: "Have I offended you in some way? Because I am very offended by your e-mail. Define walk? Without Probable Cause and concurrence from the USAO [U.S. Attorney's Office] it is highway robbery if we take someone's property." He then recounted the situation with the unemployed suspect who had bought the sniper rifle. "We conducted a field interview and after calling the AUSA [assistant U.S. Attorney] he said we did not have sufficient PC [probable cause] to take the firearm so our suspect drove home with said firearm in his car…any ideas on how we could not let that firearm 'walk'?"