Cool Lawyer's Tweets Will Make You Want To Break The Law

You're definitely gonna want to go out and commit a crime just so you can hire James McMinn as your lawyer. 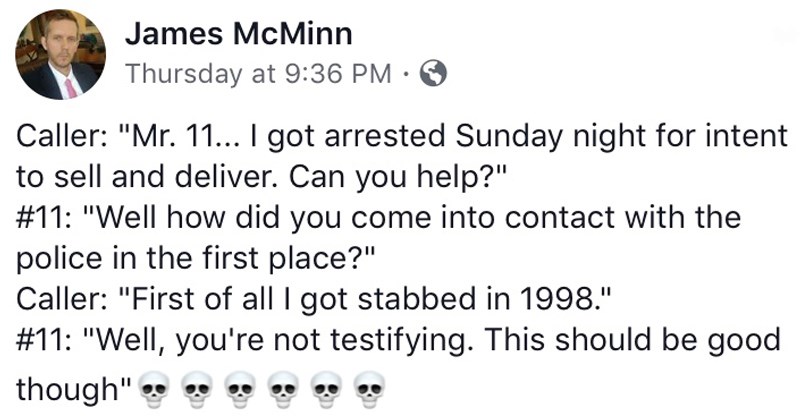 A high school student took a yearbook photo prank too far when he exposed himself to the camera. Now he's facing prison and a lifelong label as a registered sex offender. People in the community support him. Many are questioning why this mistake wasn't caught by one of the many adults involved in taking the picture and preparing the yearbook before it went to print.

In Turkey, a Gollum Meme Could Land You In Jail 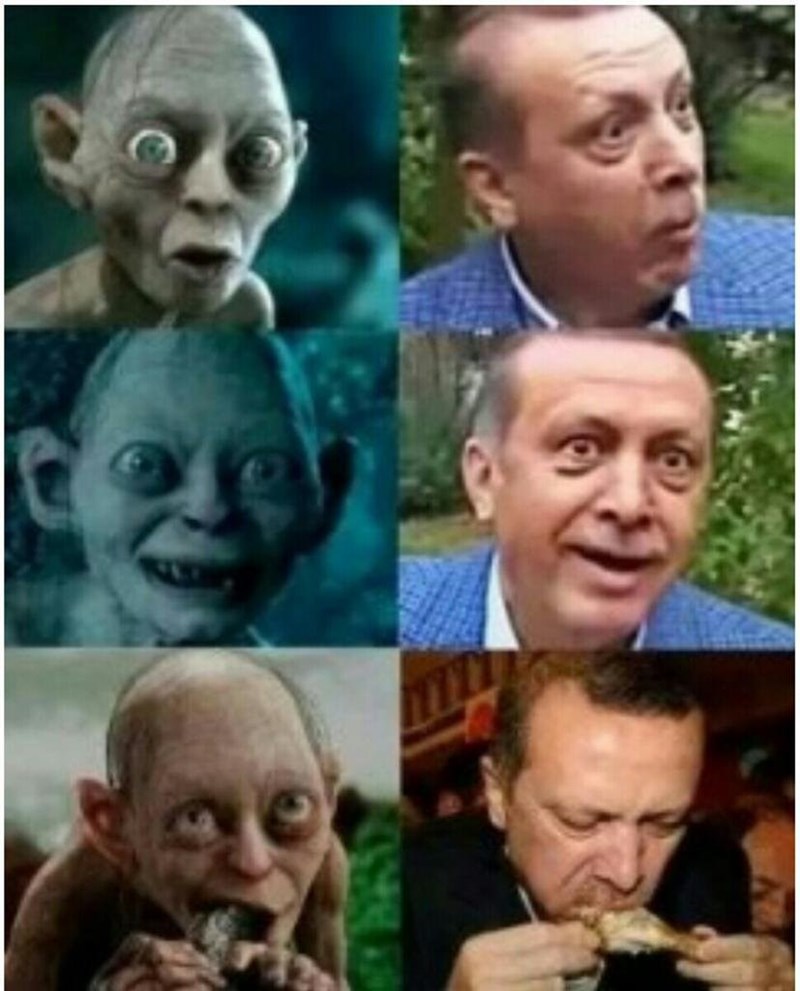 Turkish doctor Bilgin Çiftçi could be spending up to two years in prison for sharing an image that compares the Turkish president, Recep Tayyip Erdogan, to Gollum from Lord of the Rings.

Mockery of the president is punishable by jail time in Turkey, so in order to avoid it, Çiftçi's legal team is arguing that Gollum is a hero in the series. After the judge in the trial admitted that he had never seen the films in their entirety, he appointed a team of experts who must determine whether or not the defense has any legs. The team has between now and February to decide if Gollum's accidental heroics are enough to keep Çiftçi out of jail.

Crime of The Day: Man Responds to Police Summons in Best Way Possible

Via The Smoking Gun
Repost
Recaption

A New Jersey man is facing charges after wiping a police summons "between his butt cheeks" and throwing it at an officer.

The 45-year-old man is reportedly facing a felony for purposely causing the officer to come in contact with bodily fluids during the incident this summer.

The indictment alleges that the man threw the summons in the direction of the officer after "placing it between his butt cheeks" and "wiping the paper in an upward and downward motion."

Dang, Jersey man. You're giving Florida man a run for his money. Getaway of the Day: Man Destroys Two Cop Cars With Giant Truck, Drives Away Like It's NBD

This driver better be glad he pulled this stunt in Canada.

In an intense video, police officers can be seen ordering a man out of his giant truck as he continually rams back and forth into two police cruisers.

The chaotic encounter happened after midnight on Saturday at an impaired-driving checkpoint in Salt Spring Island, Canada, according to Times Colonist.

Cops tried to break in the vehicle with their batons, but it doesn't even seem to faze the driver.

After speeding away, the driver was found inside the overturned vehicle clutching an axe and trying to set the truck on fire, according to police. After a several hour stand-off, he was apprehended under the Mental Health Act.

Sitcom Plot of the Day: A Texan Judge Orders a Man to Marry His Girlfriend or Go to Jail 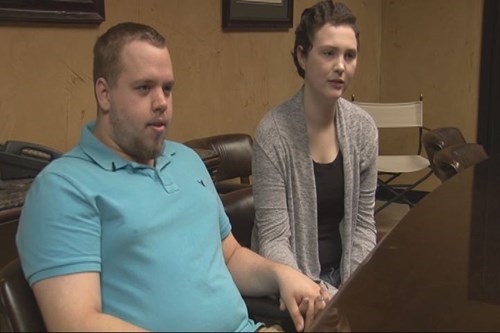 After Josten Bundy threw a few punches at his 19-year-old girlfriends ex-boyfriend, the cops were called and Bundy was brought into a criminal court. There, Judge Randall Rogers sentenced him to some counseling and writing bible verses, which is probably outside the realm of the law anyway.

Then Judge Rogers said he required the couple to get married in 30 days or Bundy would spent 15 days in jail.

KLTV described the events that led to the bizarre court order:

"[The ex-boyfriend] had been saying disrespectful things about Elizabeth, so I challenged him to a fight," said Bundy. "He stepped in and I felt like it was on and I hit him in the jaw twice."

Bundy said the ex-boyfriend did not require medical attention, but pressed assault charges.

"I took matters into my own hands and I know that's wrong," Bundy said. "I know I was raised better, but it happened."

At his sentencing hearing, Judge Randall Rogers asked Bundy about the fight.

"Is she worth it?" Judge Rogers asked Bundy, according to court transcripts.

The girlfriend, Elizabeth Jaynes, was rightfully embarrassed by the display the judge put on in the court.

"My face was so red, people behind me were laughing," said Jaynes. "[The judge] made me stand up in court."

Afraid of Bundy losing his job if he spent two weeks behind bars, the couple applied for their marriage license and scheduled a date with the justice of the peace to get married.

The couple said they were fine with getting married, but the quick deadline on the event meant that they couldn't plan the wedding they wanted. For instance, Jaynes' dad couldn't come and Bundy's sisters couldn't attend either.

"To say you're not going to be criminally punished if you get married is way out of left field," said Bailey. "It sounds like the old days of shotgun weddings, but not even the judge is capable of enforcing, what he thinks is best for some people in his court."

All you can do is hope everything works out for this match made in a courthouse. And hope someone gets rid of that judge quick.