Farewell of the Day: Jay Leno Says Goodbye to The Tonight Show

Leno may now have a tarnished legacy because of the entire Conan debacle, but seeing his goodbye was very genuine. After 22 years Jimmy Fallon will now be the face of The Tonight Show and Seth Meyers will take over Late Night.

In case you missed it, here's Jay Leno's Gangnam Style version of Mitt Romney accepting the Republican nomination for president.

Paycut of the Day 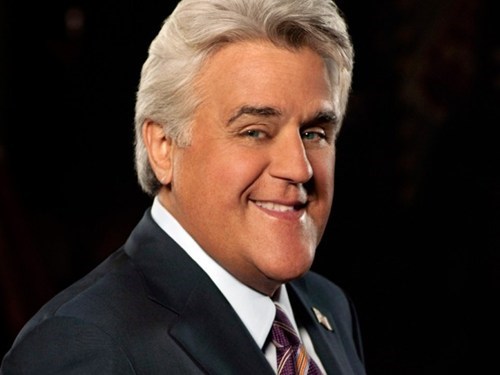 The King of Late Night is downsizing his show, but unlike a certain red-haired former host, it has nothing to do with ratings. Despite the prime time and late night turmoil NBC has experienced over the past few years, The Tonight Show is still the top-rated late night gabfest, yet NBC insiders tipped off Deadline Hollywood to massive cuts at the network's flagship program.

The downsizing includes dumping as many as 25 staffers and putting a sizable dent in host Jay Leno's $27 million to $30 million salary. Leno reportedly took a bigger cut than parent company Comcast initially requested, in order to retain some staff positions. Even Conan could muster up a golf clap for such a move. On second thought...nah.