'Jurassic Park' But With Ferrets Instead Of Dinosaurs

We'd watch it. We also would just like a moment to thank photoshop for existing and for people who decide to create such random works of art. The internet wouldn't be the same without those people.

For some reason, someone out there has decided to take the Jurassic Park and Jurassic World films and replace the dinosaurs within them with giant ferrets. We're not even mad about it, we'd absolutely watch this new franchise in a heartbeat!

Giant ferrets just quadrupled our hearts for these adorable fuzzy cuties. Who wouldn't want a park full of giant, possibly ferocious, ferrets to hang with? 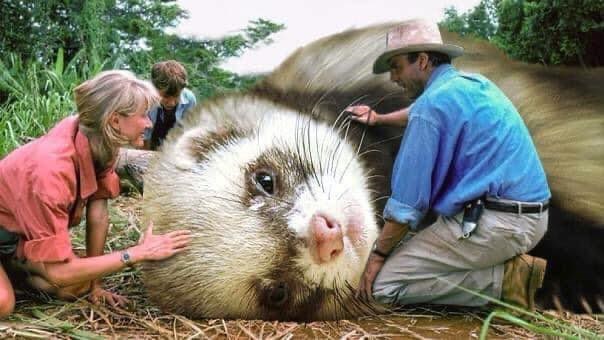 Ben Hed, commonly known as Pet_Foolery, has done it again! Besides his famous 'Pixie and Brutus' comics, he also creates any animal-related comics, and seems to really enjoy including dinosaurs into that animal-mix!

And what's a better dinosaur film than Jurassic Park? If you have yet to see Jurassic Park (for some unknown and truly confusing reason), you may not understand just how "clever" this comic truly is. If you have seen the film, then you'll get it without question or a doubt.

If you're looking for more dino-related comics by Ben Hed, we've got you covered! 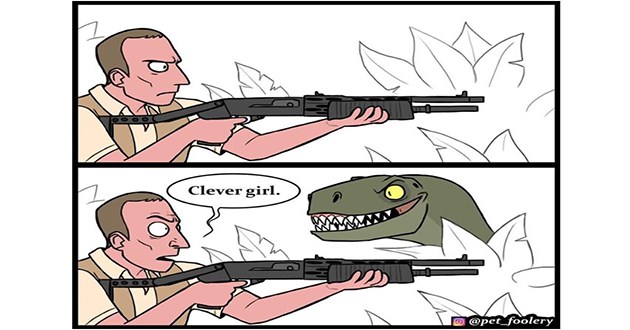 Pet Foolery Is Back With A New Comic Series About Dinosaurs

From the beloved popular comic artist, PetFoolery, creator of "Pixie and Brutus" comes a new prehistoric foolery! PetFoolery has created a new account and comic featuring dinosaurs and they're just as amazing as they sound.

If you haven't already, follow @ago_comics for more delightful comics! 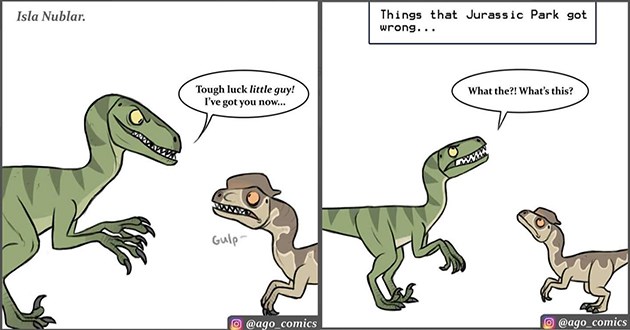 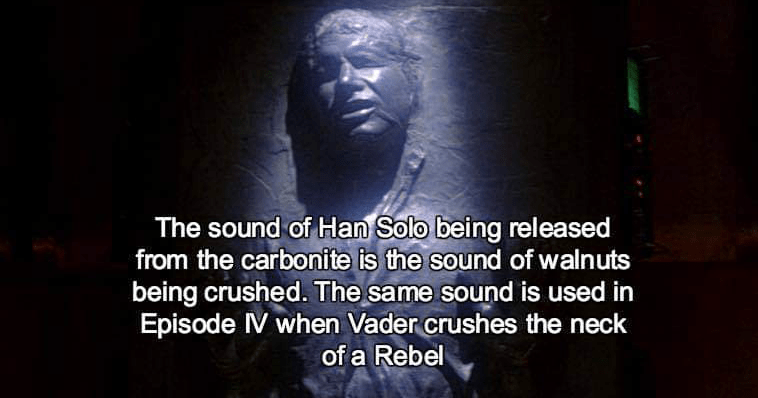 Discovery of the Day: Dinosaur Tail Preserved in Amber Found; We Learned Nothing From Jurassic Park

If there’s one thing we know about reviving dinosaurs for a theme park, it’s that it all starts with something encased in amber.

Dr. John Hammond in the film Jurassic Park resurrects the dinosaurs with a sample of blood from a mosquito. Who knows what he could do with this: A 99-year-old feathered dinosaur tail, which was recently discovered in a Myanmar market. 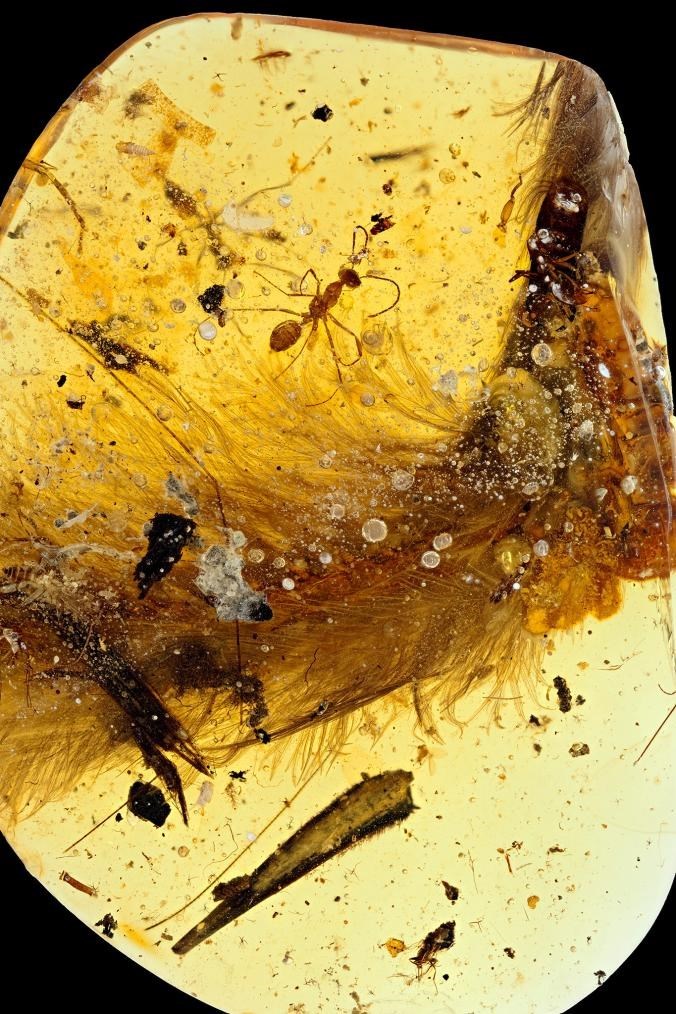 The amber is “roughly the size of an apricot” and “captures one of the Earliest moments of differentiation between the feathers of birds of flight and the feathers of dinosaurs.” Though, because of these feathers, the dinosaur was probably unable to fly. This means scientists could actually see the color of the tail, which was “described as chestnut brown with a pale or white underside.”

Of course, up until now, we had thought that discovering something in amber was the first step toward opening a theme park of dinosaurs and getting your grandchildren attacked by a velociraptor or something. But we do we know, we just saw Jurassic Park. It’s not like that makes you an expert in dino attacks and how to prevent them. 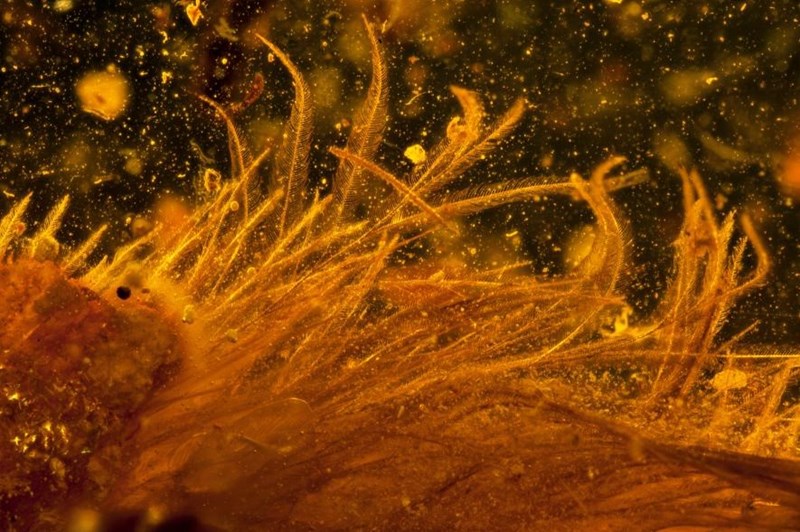 Like many of these types of amber, this one was actually meant to be sold as jewelry. This was just one of two dozen purchased from a Myanmar market. Lisa Xing of the China University of Geoscience, who led the research, told National Geographic that because conflicts between the Myanmar government and the Kachin Independence Army are “nearing end,” the Hukawng Valley, where these ambers are found, will open up and more discoveries can be made.

"Maybe we can find a complete dinosaur.” he said.

And all we can do is watch in horror as this paleontologist casually begins a Jurassic Park scenario that we’re all destined to become wrapped up in. 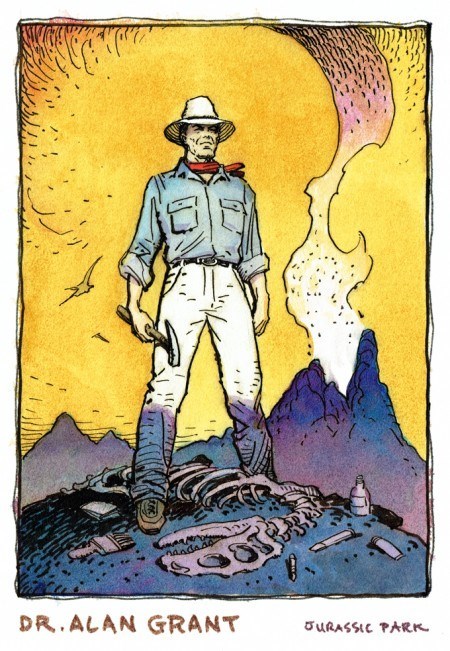 Parody of the Day: Everyone Gets High Heels in This Reworking of the Jurassic Park Movies

Jurassic World has done pretty well for itself since it's release last month. It has already claimed the top box office spot in 2015 and is actually vying for the third highest grossing movie of all time.

It even did pretty well by critical standards, but there was one thing that annoyed many people: The fact that costar Bryce Dallas Howard kept wearing high heels throughout the whole rollicking adventure.

It sparked many online articles about the footwear as sexist costuming and about how maybe it's not really that sexist after all.

Hell even this woman who couldn't stop crying over how much she loved Jurassic World commented on how she thought Howard's continual use of high heels was "stupid".

Either way, these heroic people at XVP Comedy took the time to insert high heels into some of the most striking scenes through the past four dinosaur park movies.

In Case You Were Wondering, Jeff Goldblum Has His Own Lyrics for the "Jurassic Park" Theme, and They're Great 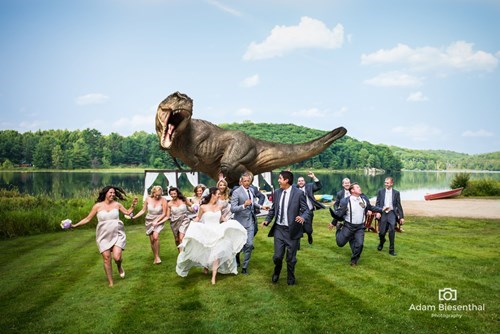 Steven Spielberg Criticized for the "Triceratops He Just Slaughtered" 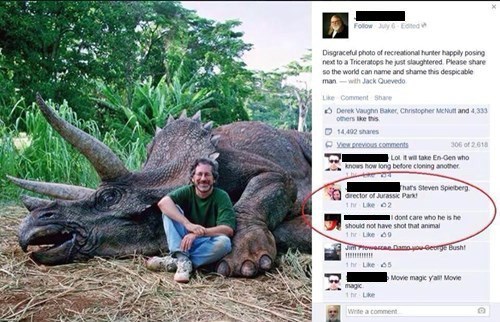 It's not uncommon for a poacher or hunter to receive harsh criticism and public shaming, but does it count when the animal in question goes WAY beyond the endangered species list? 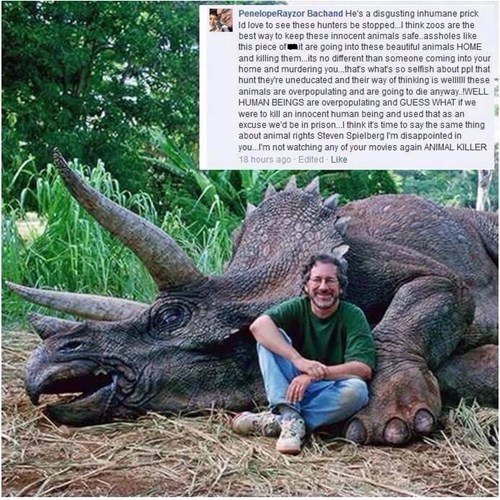 Remember that scene in Jurassic Park when Samuel L Jackson can't access the park's security because he doesn't use the magic word? Now you can give it a shot with this awesome Jurassic Systems flash game.

Weird Tube of the Day: A Genius Made an Entire Song Using Jeff Goldblum's Iconic Weird Laugh in Jurassic Park

Marriage Proposal of the Day

My girlfriend and I are paleontologists, and we really love Jurassic Park. On June 02, 2012, I surprised her with a secret trip to the fictional "Snakewater, Montana," which was the original filming location for the excavation scene at the beginning of Jurassic Park. On a very windy day, I coaxed her into reenacting the "annoying kid" scene on camera, which was really the beginning of my proposal...she had no idea.