Ellen Degeneres invited Orlando night club shooting survivor Tony Marrero to share his story on her show (above) and you'll feel all the feels.

He found strength in Katy Perry's music while recovering in the hospital from four gunshot wounds to his back, so Ellen surprises him by letting him and Perry meet, where she offers to personally pay for his first year at film school:

Thankfully, the last Pulse shooting survivor was just discharged from the hospital after nearly 3 months. 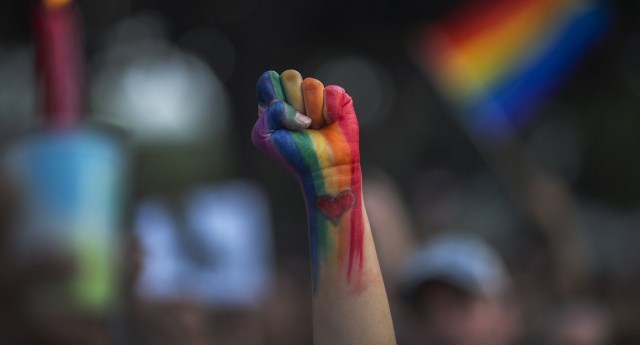 No matter what, #lovewins

In 1996, the death of a little girl named JonBenet Ramsey became a highly publicized tragedy. The still unsolved nature of the case has invited a lot of speculation about who really killed her and why.

Conspiracy theorist Dave Johnson claims that JonBenet Ramsey is, in fact, Katy Perry. In the video he says, "Nobody died, nobody got hurt. That sacrifice was in name only, and that was to get something, and that something was to become a star. JonBenet became Katy Perry, and that's a fact." 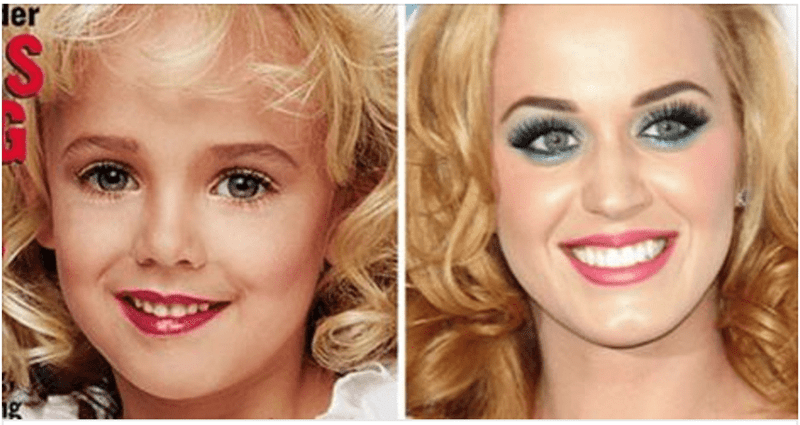 Wouldn't that be nice?

Of course, this doesn't address the fact that Katy Perry is six years older or that Patsy Ramsey, JonBenet's mother, died of ovarian cancer in 2006 and her father remarried.

Actually, this is all based on the idea that Katy Perry and her parents look kind of like JonBenet Ramsay and her parents. And if you don't examine ANY other facts or think about it too critically, I guess Johnson is right.

But he probably isn't.

Revelation of the Day: Katy Perry Was Once The Backup Vocalist For P.O.D. 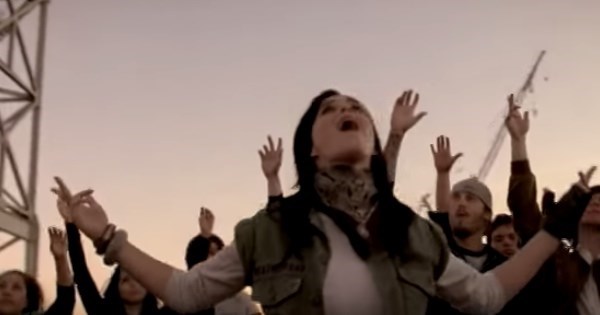 Before Katy Perry danced with a Left Shark and kissed a girl (and liked it), she was a backup vocalist for Christian alternative rock band P.O.D.

This little-known fact was rediscovered today by Metal Sucks, and we can't stop laughing about it.


Perry was known as Katy Hudson when she provided vocals in 2006 for "Goodbye Now." She's featured in this music video starting at 3:36.

And she joined the band on The Tonight Show around the 3:24 mark.

Katy sure has come a long way.

Links of the Day: What You Missed This Weekend

Katy Perry is Performing at the 2015 Super Bowl - So Now the FCC Has to Worry About chest cannons. [Bilboard]
Sony Made a Masturbatory PS Vita Ad Then Yanked It [The Verge]
JLo and Iggy Azalea Tried To Break the American Music Awards with their Butts [Rolling Stone]
An Artist Broke Auction Records with a $44.4 Million Painting Sold at Sotheby's. Spoiler Alert: Not George W. Bush. [Bloomberg]
SNL Channeled "Schoolhouse Rocks" to Explain Obama's Executive Action on Immigration, But They Got a Lot Wrong [ThinkProgress]

Baby Stops Crying Thanks to the Soothing Sounds of...Katy Perry?

Celebrity of the Day: Vin Diesel Posts a Video on Facebook of Him Dancing to Beyoncé and Katy Perry

Photo Op of the Day: Ellen be all Like Gaht DAMN! 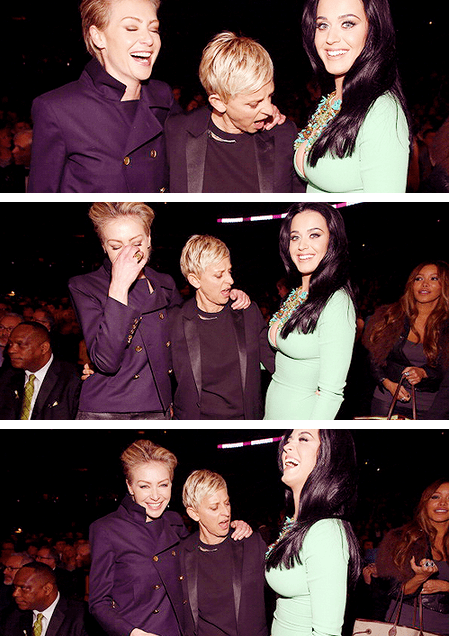 'Firework' Like You've Never Heard It of the Day

After Jodi DiPiazza was diagnosed with autism at age 2, her family tried for years to help her overcome her limitations.

Then they discovered that singing was the one thing that helped Jodi focus and build confidence.

Little did they know that Jodi would one day join Katy Perry onstage for a duet at Night of Too Many Stars, an autism benefit hosted by Jon Stewart that airs Sunday on Comedy Central.

Katy Perry Cover of the Day

Katy Puppy could use some voice lessons, but even so, this is way more fun than those obnoxious Jingle Cats. 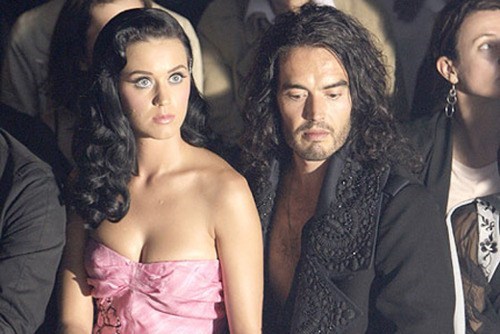