Last year, John Oliver bought $14.9 million dollars of medical debt for $60,000 on a Last Week Tonight segment. And now the man who was relieved of that debt is speaking out.

On Reddit, user EricHill posted a letter from Last Week Tonight explaining that his debt had been cleared. 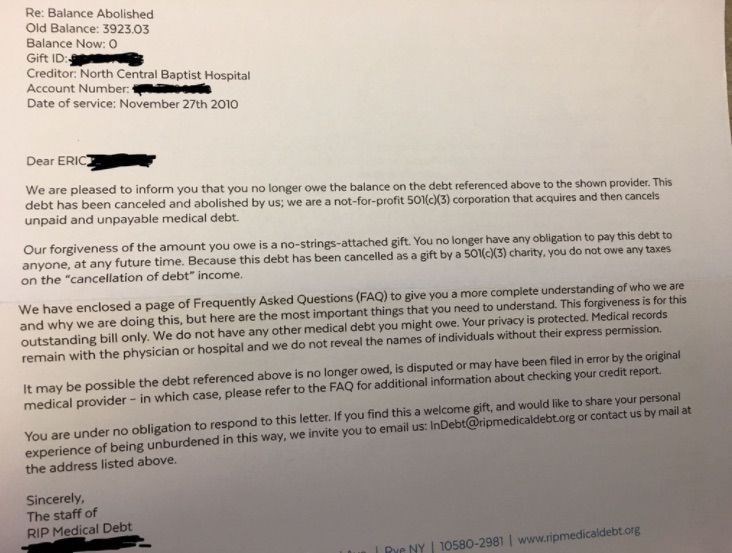 “Not only had the comedian paid the debt, he also alleviated Eric of having to pay any taxes on his "cancellation of debt" income. That's because the series paid for Eric's debt through "RIP Medical Debt," as a 501(c)(3) charity. Eric's debt was paid off, no strings attached.

“The show cautioned that this was for this medical debt only and not future medical debts.”

So while everyone might not care about John Oliver, John Oliver certainly cares about something.

Question of the Day: Billy On The Street Asks: “Do Gay People Care About John Oliver?”

Via Billy On The Street
Repost
Recaption

Apparently the answer is a resounding “No.”

Billy Eichner, the screaming, yelling, hollering host of Billy on the Street, hit his normal beat this week with John Oliver of HBO’s Last Week Tonight. As per Eichner’s thing, he wants to deflate the star of whoever is on the show with him. Sometimes it’s telling people that Seth Rogen is dead when Rogen is standing right next to him, and this time it was asking gay people if they care about John Oliver.

"Did you know police can just take your stuff if they suspect it's involved in a crime? They can! It's a shady process called 'civil asset forfeiture,' and it would make for a weird episode of Law and Order."