The geniuses over at Hello Giggles noticed that there's a lot of opportunities to mash up Game of Thrones and the movie, Mean Girls. Seriously. They're kind of perfect together. 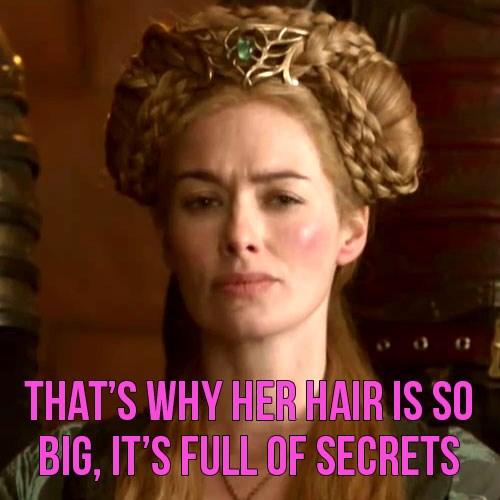 Mash Up of the Day: King of the Hill Gets Down with Nicki Minaj's Hey Mama

Peggy Hill is a goddess of domestication, just like Nicki Minaj.

Vulture has found a really good niche in the mash up space and they proved it again with combining footage of King of the Hill with Nicki Minaj's "Hey Mama". It's great.

"Hey Mama" is a celebration of nesting. Taking care of others and getting plenty in return. Who matches that more than Peggy Hill?

Vulture's mash ups continue to be super fun to watch. Like when Doug called Patti Mayonnaise his "Trap Queen" or when Miss Piggy demanded of Kermit that "B*tch Better Have My Money"

You're doing the world a service you clever geniuses.

Potty Mouths of the Day: Here's That Mash Up of News Anchors Saying 'Deez Nuts' You Hoped to See Today 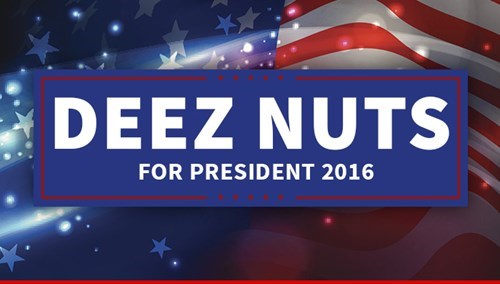 Deez Nuts, the 15-year-old Iowan really named Brady Olson, has shaken things up this week with his Independent run for the White House.

The campaign has done many things in the short time that its been around. It has inspired hope.

It has also forced many, many news anchors to actually say the name of the fictional candidate. This is perhaps Deez Nuts' greatest achievement.

Without further ado, feast your ears on the compilation:

Have you guys heard of #Deeznuts ? He's running for president!

If he bows out of the rest of the election right now, he would still have done his country a very great service indeed.
The Daily What
Favorite

Mash Up of the Day: Owen Wilson Says a Lot of the Same Stuff

It should come has no surprise then that he says basically says the same things in every film as well. It's all some combination of about 15 different words.

It must be nice for Wilson that he doesn't have to memorize very many lines.

The best thing is this isn't the first Own Wilson mash up. The creator behind this video has done several more. It's tough to decide which is best.

They sure are all incredible.

Vulture did it again. After letting Miss Piggy sing b*tch Better Have My Money and melding True Detective with Starsky and Hutch, the good people at New York Magazine decided to let Doug sing the drug-making, love ballad Trap Queen.

It's another great mash up as Doug lays out how much he loves Patti and the way she works the pole. He chronicles their drug-cooking romance with the help of the mysterious Quail Man. Skeeter watches the whole thing unfold, presumably tweaking out of his little blue mind.

Fetty Wap's great song has proven to have equally great legs. The single was released early last winter but has continued swirling around the cultural zeitgeist like the prosthetic eye of a storm.

And this is far from the first riff on Trap Queen. One of our personal favorites is Ed Sheeran and The Roots' soft-souled cover.

London-based videomaker and "part-time thinker" Alessandro Grespan presents a surprisingly good mashup of LCD Soundsystem's 2007 song "New York, I Love You But You're Bringing Me Down" and Miles Davis' improvisational jazz recording.

Mashup of the Day is an ongoing feature series focused on showcasing notable mash ups and remixes fresh out of the internet music tubes.