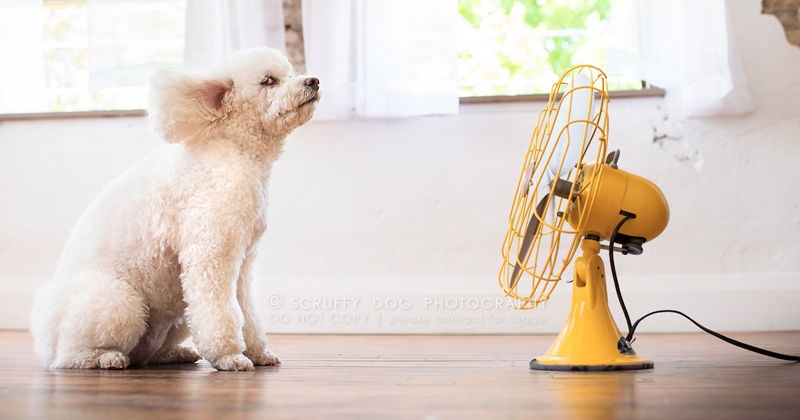 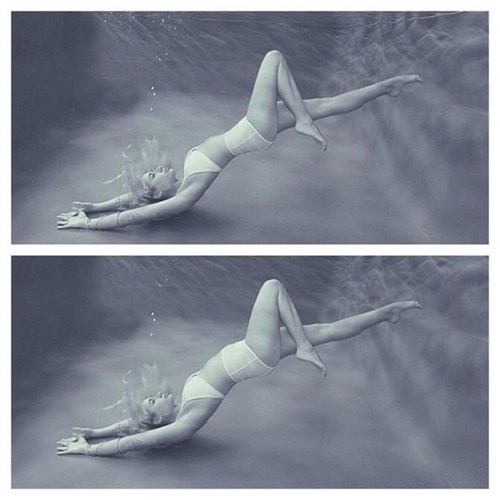 Meaghan Kausman's photoshopped image is above. The untouched photo is below.

Making art is my passion. Creating beautiful photos and meeting inspiring people has really given me a new lease on life. I recently did a photoshoot wearing Fella Swim, with an extremely passionate and talented underwater photographer, Pip, @seagypsea_photography Her photos are magical; they capture women in water and celebrate their beauty. This morning I was extremely shocked to see that Fella Swim had uploaded a photoshopped version of Pip's original photo to their Instagram page. They had drastically altered my body, thinning out my stomach and thighs in an attempt to box me in to the cultural ideal of beauty. Above is their version, below is the real version. My body is a size 8, not a size 4. That's my body! I refuse to stand by and allow ANY company or person to perpetuate the belief that "thinner is better". All women are beautiful, and we come in different shapes and sizes! This industry is crazy!!!! It is NOT OKAY to alter a woman's body to make it look thinner. EVER!

Viral Video of the Day: The Truth is Ugly No Matter How You Try to Decorate It

Via Save the Children USA
Repost
Recaption

Amazing Structure of the Day: Boeing 777 Model Built Out of Manila Folders 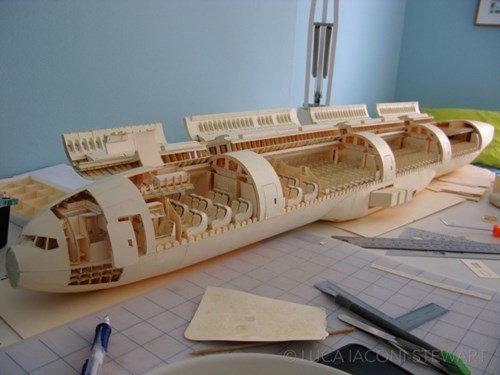 Luca Iaconi-Stewart has dropped out of college to work on this beauty. That's how committed he is to the extreme detail of this Boeing 777 jet. He's been working on the 1:60 model made entirely out of manila folders for the past five years and expects to be finished with it in early 2014. When we say detailed, we really mean it! The model has working landing gear and even the opening doors are meticulously accurate to the original aircraft.