Ghost Crabs Use Teeth In Their Stomachs To Growl

In science news this week: ghost crabs growl. Yep. Weird, right? Although they aren't the most formidable of creatures (although I'm sure many people would disagree with me there), ghost crabs have the bonus of having decent claws AND a (cute) growl. If I were 2 inches tall, I would be terrified. 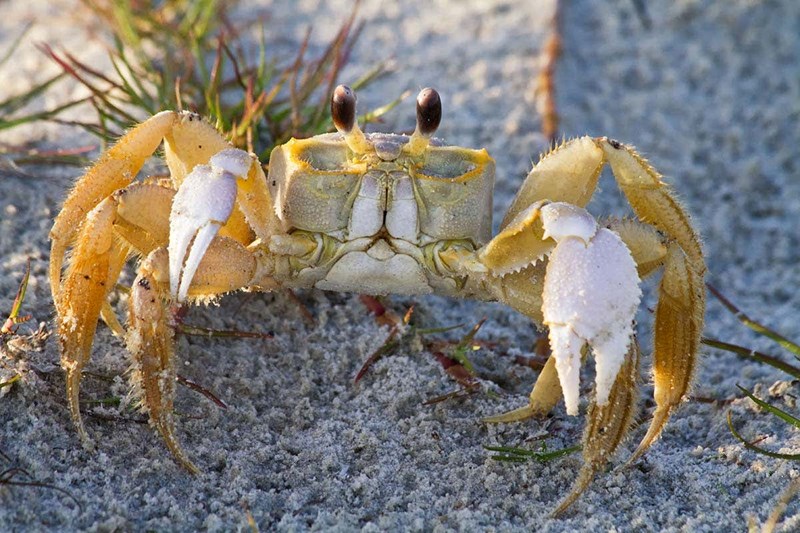 Squirrels Eavesdrop On Birds For Safety

Squirrels are generally thought of as cute yet devious creatures that will eat the contents of your bird feeder and annoy your pets. But new studies have found out that squirrels are smarter than we thought they were: squirrels listen to bird chatter to know if they are safe. Although this doesn't sound like much, it's actually a huge deal. 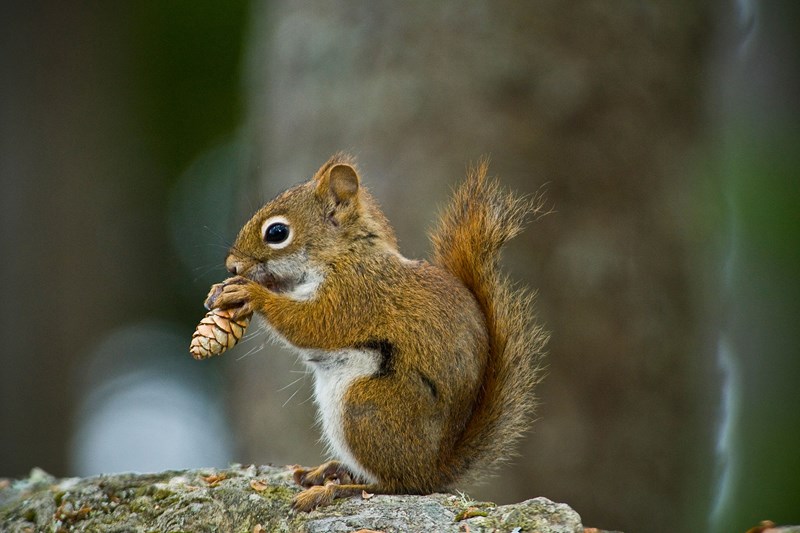 On Sunday night, the ocean running alongside the East Coast Road in Chennai lit up with sparkling, luminescent water. Eyewitnesses were shocked and delighted to witness something so magical-looking and dubbed it 'sea sparkle'. But what they saw wasn't an undiscovered phenomenon - it's called bioluminescence and it actually occurs in many living organisms. That doesn't make it any less amazing though. Here's what 'sea sparkle' really is. 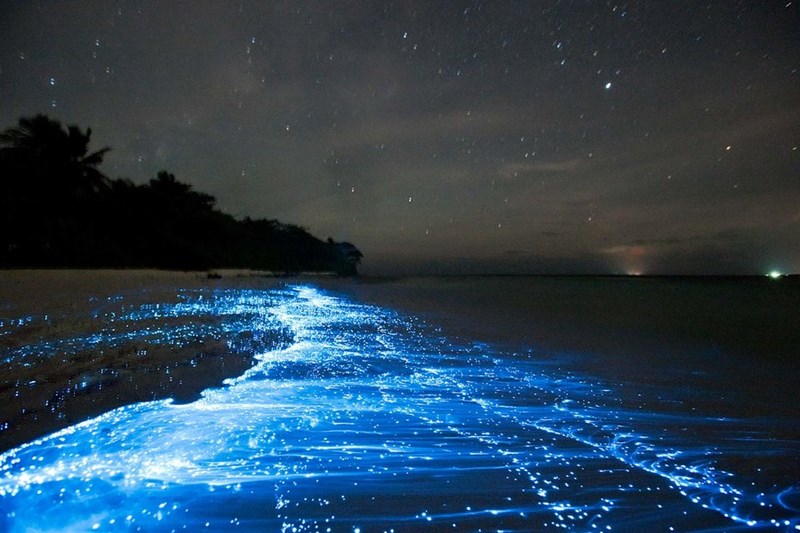 Weather of the Day: Watch Lightning Strike a Church in Maine

God paid a visit to Maine this week, and it was scary as Hell.

A high school student in Grand Isle recently captured the insane moment that lightning struck the steeple of a church.

Carl Bouley was filming the rain over St. Gerard Catholic Church from his porch across the street when it happened, and his volunteer firefighter father went over afterwards to check on the damages.

The church has has actually been struck before in August of 2007, according to the Maine Sun Journal.

“It kind of scared me a bit,” he told the Journal. “It felt like a small shockwave hit.”

A second camera was able to capture what happened on the ground below at the exact same moment.

The country experienced some very weird weather over the weekend, especially Colorado.

A group of storm chasers spotted the “Wizard of Oz” IRL Saturday in Eads, and they captured the unusual sight in the video above.

A photo was also posted to Facebook and Twitter, with some commenters wondering if it was Photoshopped.

Although the video footage proves otherwise.

“Somewhere over the rainbow in Colorado today, there was another rainbow, with a tornado above it!” the Basehunters wrote on Facebook. “An incredible sight to witness in person!”

Sure it’s cool to see, but it’s probably not a great idea to try to find the pot of gold in this case.

Meanwhile in Denver, late season snow on Sunday made for some unpleasant conditions to play baseball, but they did anyway.

The Colorado Rockies tweeted pictures of Coors Field blanketed in snow Sunday ahead of theirafternoon game against the LA Dodgers.

Nature of the Day: Watch the Calbuco Volcano Erupt in Chile

Chile’s Calbuco volcano erupted multiple times Wednesday night for the first time in over 40 years, turning the sky into a scene straight out of Hell.

The eruption was captured in some pretty amazing video footage and photos. Watch the clip above as ash pours out into the red sky while lightning flashes in the background.

4,000 people have been evacuated from the area, including 1,500 residents from the town of Ensenada, after Chile’s National Service of Geology and Mining (Sernaageomin) issued a “Red Alert.”

“There was a lot of panic, lots of chaos, traffic jams, people going to supermarkets, everyone looking for water, trying to take out money from the ATMs,” said one witness according to CNN.

The volcano last erupted in 1972, according to the Associated Press, and another volcano, Villarrica,erupted back in March.

So far there have been no injuries or deaths reported, said Interior Minister Rodrigo Peñailillo, but some flights have been cancelled.

Timelapse of the Day: 6 Months in Space in 6 Minutes

If you have dreams of someday traveling into space, this video might make you drool with anticipation.

During his time up there, he had a number of major accomplishments. According to the ESA, these included "installing ESA's furnace that can suspend and cool molten metal in mid-air, a spacewalk to maintain and improve the Space Station, and the docking of Europe's last Automated Transfer Vehicle – the largest spacecraft to supply the research centre."

Gerst would often set up cameras to take photos while he conducted his work, and you can check out his full feed of images on his Flickr page.

On Thursday, the Grand Canyon literally filled with clouds, and the National Park Service posted a time lapse video of the rare event.

This "total cloud inversion" occurs when cool, damp air gets trapped in the bottom by warm air.

The phenomenon typically only takes place every few years.

Nature Video of the Day: Hikers Appear to Walk on Water Over Frozen Lake

Miracles, they're not just for Jesus anymore!

A new video shows two hikers stepping out onto some super clear ice in the High Tatras Mountains of Slovakia.

It will be even more impressive when he turns the entire lake into wine.

Nature Video of the Day: ‘Hercules’ the Elephant Outsmarts 14 Lions

A pack of 14 lions was recently caught on camera surrounding a 1-year old elephant at the Norman Carr Safaris Chinzombo Camp in Zambia by journalists on safari.
Odds were not in this baby elephant's favor, but thanks to some quick wit and a nearby stream, it was able to escape and reunite with its herd.
The safari guide was as shocked as everyone else. "In the 30-plus years I have been a safari guide in Zambia at the Luangwe Park, never have I seen anything like this," he told the Post.

Not a Fan of Quadcopters and Drones? Neither is This Badass Hawk

The View From the Top Makes it All Worth it 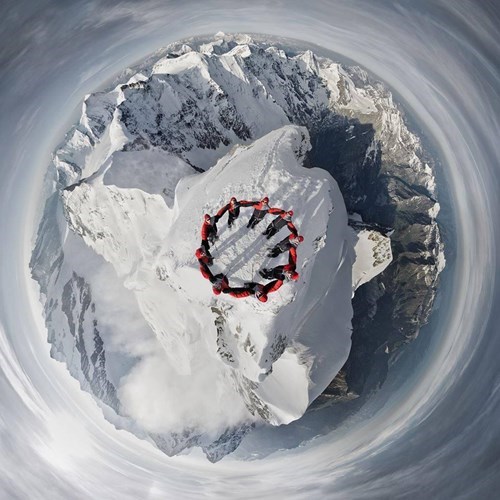 The folks at Mammut captured this shot at the top of Jungfrau in the Bernese Alps.

Nature Itself Hates Your Selfies

The Crew Aboard the ISS Captures a Beautiful Storm Over Houston, Texas

Mother Nature of the Day: No Yoga for You!