Life comes at you fast, and for Kevin Diepenbrock, 41, maybe a little too fast.

After crashing his motorcycle on a treacherous stretch of the Tennessee highway known as "The Dragon," Diepenbrock found himself just inches from death. He had no food, no water, and no cell service. Laying motionless in a ditch just off the highway with two punctured lungs, a dozen broken ribs, and several spinal fractures, he took out his phone to make one, final statement. Recording his last words, Diepenbrock sent his love to his wife, parents, and his especially large pack of dogs.

Stopping to take a sip of water, a passing motorist found him nearly 30 hours later. At the hospital, Diepenbrock decided to delete the videos but later retrieved them from the cloud to share them with the world.

via The Knoxville News Sentinel

"On Oct. 15, Diepenbrock and Philip Polito, his riding companion and co-worker at a natural gas plant near Philadelphia, Pa., tumbled more than 100 feet down a rocky embankment after their motorcycles collided on a notorious stretch of Highway 129 near mile marker 4 called 'The Dragon.'"

"Polito, 29, of Perryville, Mo., was killed in the crash, and the 41-year-old Diepenbrock was flung out of sight from the motorists who get a thrill from the treacherous road's sharp curves and scenic views."

A harrowing experience for sure, but how many people get to watch their final words go viral? 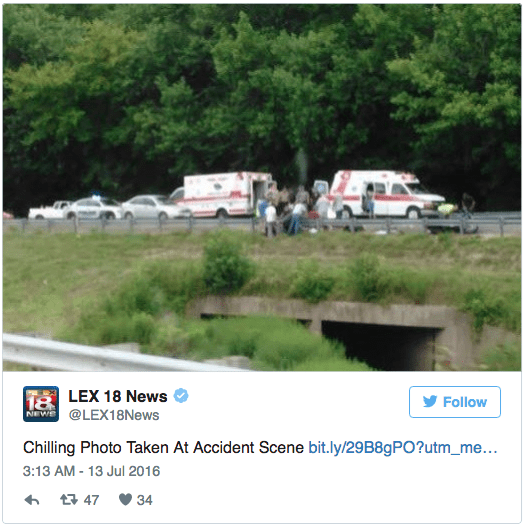 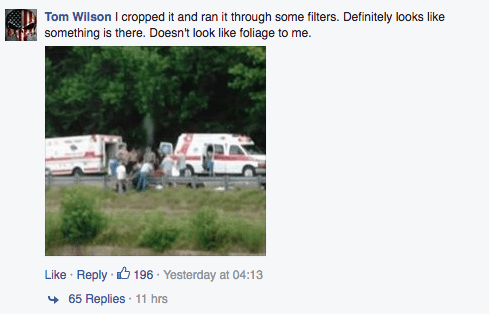 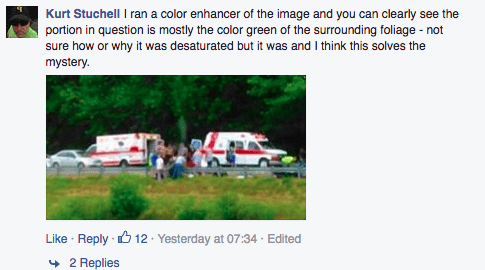 YouTuber BaronVonGrumble has a veritable tantrum when he spots yet another motorcyclist wearing a deceptive vest.

In the streets of England, some bikers have taken to wearing vests that look a whole lot like police-issued gear, but instead say "Polite" on them. The biker in the video rides up to give a closer view of this irritating trend: It's apparently caused a lot of discussion in England from those who hate it and those who love it, but they all ground their opinions in the same obvious point — these vests make people around them think the rider is a police officer on duty. That's also called 'impersonating a police officer'.

What makes it even worse is that all of these is actually legal for some reason.

If you love being insufferable, you can buy one for £35.

The other thing you can learn from this video is just how crazily all motorcyclists drive on the other side of the pond (as well as the other side of the road). In between lanes, around lanes, telling people gas caps are open, checking who's smoking pot, it's all a fascinating travelogue complete with a sizzling, acerbic rant.

Daredevil of the Day: Guy Completes World’s First Triple Backflip on a Motorbike

FMX biker Josh Sheehan made history this week as the first motocross rider in the world to complete a triple backflip.

He performed the stunt at Pastranaland in Maryland on April 28, and he has pent the last year preparing for it.

Travis Pastrana, who owns the park, was the first to perform a double backflip back in 2006.

Documentary of the Day: Dogs Riding in Sidecars with Bikers

Everyone knows dogs love to stick their furry faces out car windows, letting their slobbery tongues and ears flap freely on the open road.
But did you know they also love motorcycles?
A new film called "Sit Stay Ride," from husband-wife filmmakers Eric and Geneva Ristau, tells the story of 18 bikers and their 15 badass canine copilots.
The documentary was funded in large part through a Kickstarter campaign, and it is now available on DVD and Vimeo on Demand, with a portion of the proceeds going to the American Humane Society and other animal charities.

Instant Karma of the Day: Flipping the Bird on the Road? This is What Happens.

There was a problem rendering this video - it may have been deleted.
Via moasanjun
Repost
Recaption

'Merica of the Day: The Motorcycle That Runs on Bacon Grease

Close Call of the Day: This Bike Accident is a Physics Miracle. Stick the Landing!

Moment of Zen: Here's a Goat Riding its Person Riding a Bike

When This Commuter Misses His Bus by Seconds, a Passing Cyclist Pays it Forward With a Good Deed

Here's a creative costume a guy put together to make it look as though he's a baby riding on the shoulders of a man riding a motorcycle.

Emile Leray was driving through the Moroccan desert in 1993 when his Citroën car broke down. Stranded, Leray considered his options -- and walking back to civilization was not among them. "I could not have gone back on foot -- it was too far," he says.

Luckily, the Frenchman was an electrician by trade, so he decided to MacGyver his car into a motorcycle:

I put myself in what one calls survival mode. I ate less; I monitored my supplies of water and of food to make them last as long as possible.

Twelve days later, Leray managed to escape the scorching African desert on his jury rigged bike, brilliantly engineered from the remains of his car.

He only recently began sharing his story of survival.