Sigh of Relief of the Day: Breathe Easy: The Air Horn Terrorist Has Been Arrested 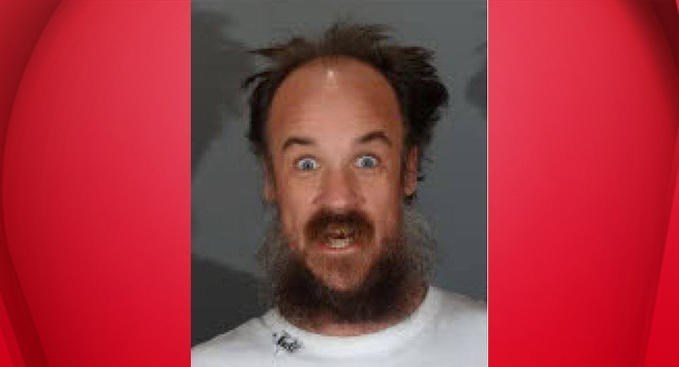 Our long national nightmare is over. Police apprehended the air horn terrorist of El Segundo, California on Sunday morning. Citizens of that sleepy, SoCal city have been on edge for the past few weeks as an air horn that sounds like a train has been wreaking havoc on their community.

Police have detained a suspect in connection with the noise, and boy, does he look like someone who likes a good air horn. We’re not talking about the air horn you here when some serious good times are about to go down. We’re talking about a good, old fashioned annoying honk from someone with a crazy hair cut and unkempt facial hair.

NBC Los Angeles reports on the ups and downs of the police investigation into the noise:

“Police have received numerous reports of an extremely loud air horn going off before residents spot a getaway car, a blue four-door sedan driven by a man.”

“Oftentimes, officers couldn't catch the air horn blower because the person would blare the horn and then ‘beat feet,’ police said. At times, officers on the east side of town could hear the noise and would hurry over, only to find that the perpetrator had taken off.”

"He's been doing this for weeks, and we've been chasing him for weeks — but we got him," El Segundo Police Lt. Ray Garcia said. Now imagine Garcia saying this while popping on a pair of aviator sunglasses and dusting off his hands. So cool.

This game of cat and mouse didn’t end with the apprehension because they still had this fantastic mugshot to take, and wow, move over, Nick Nolte, this one’s a keeper.

The Internet Had a Lot of Fun With Rick Perry's Mugshot

After Rick Perry's mugshot hit the Internet yesterday after being indicted for abuse of power, people began posting photoshopped versions of the governor's photo. 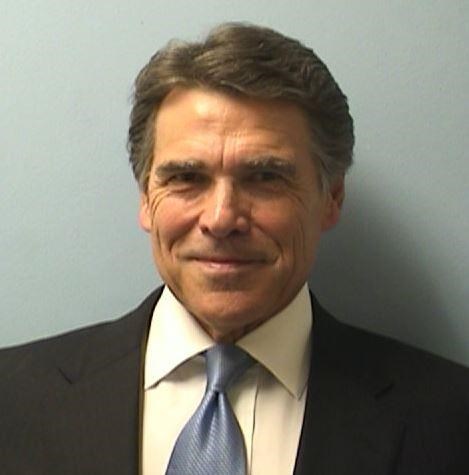 Unsurprisingly, This is the Face of the Woman Who Got Arrested for Throwing Bricks at Windows "for Fun!" 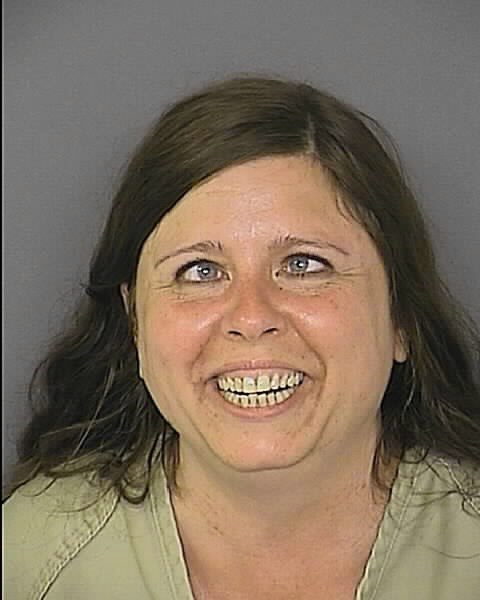 The suspect shattered a total of 9 windows throughout the house and the windows on two pick-up trucks in the driveway causing an estimated $8,000 worth of damage. Once the defendant was placed under arrest she told Cpl. Connelly "this was fun and they are a bunch of Bit**s." Waro was charged with three counts of reckless endangerment and two counts of property destruction over $1,000. 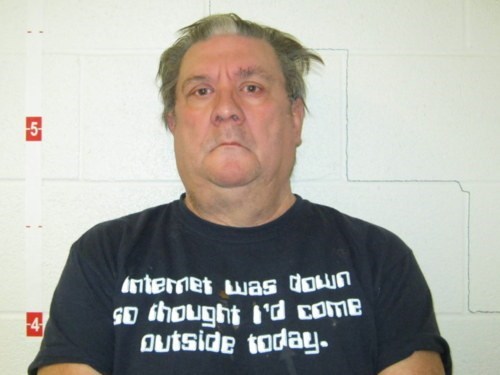