A London-based business has named an amphibian with limited eyesight and a capability to burrow its head underground as Dermophis donaldtrumpi. The namesake shares several characteristics such as its ability to see "the world in black and white" with the US president, according to the company EnviroBuild. You can only imagine how the people of twitter reacted. 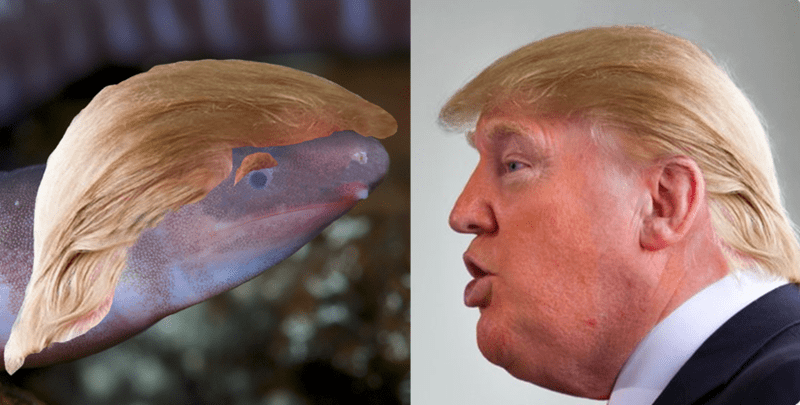 We all know who Mike Pence, the future Vice President is, but do you know Mike Pence, cool, normal guy on Twitter? Somehow this "lucky" fella snagged the handle @mikepence before the politician could join Twitter. Now he's making the most of it. 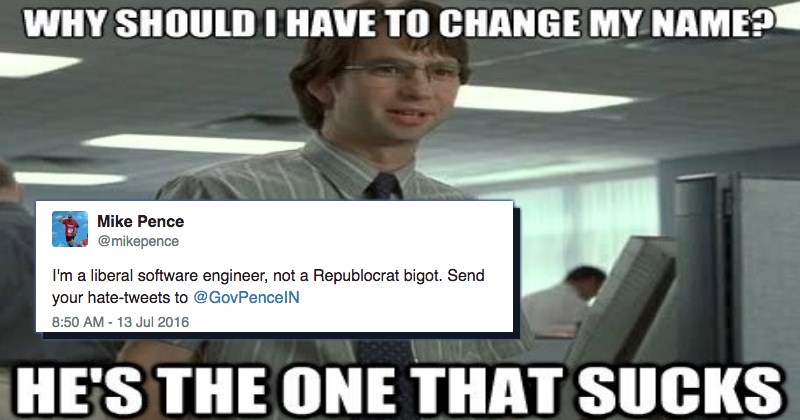 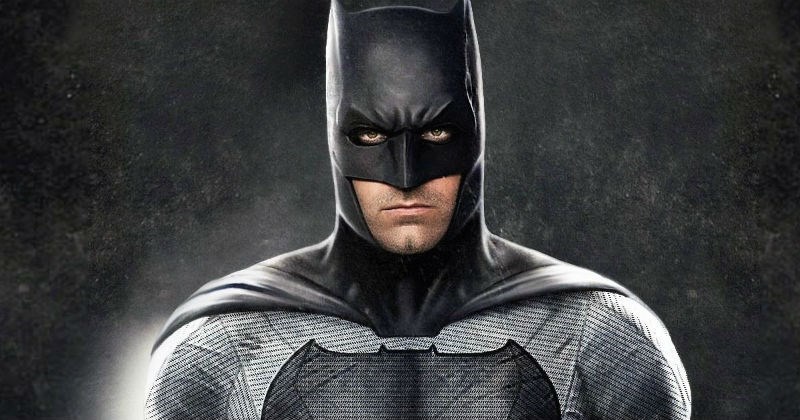 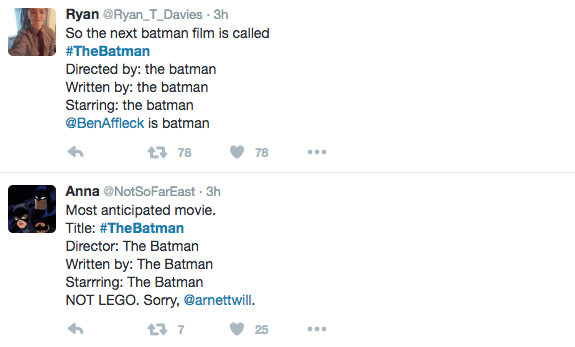 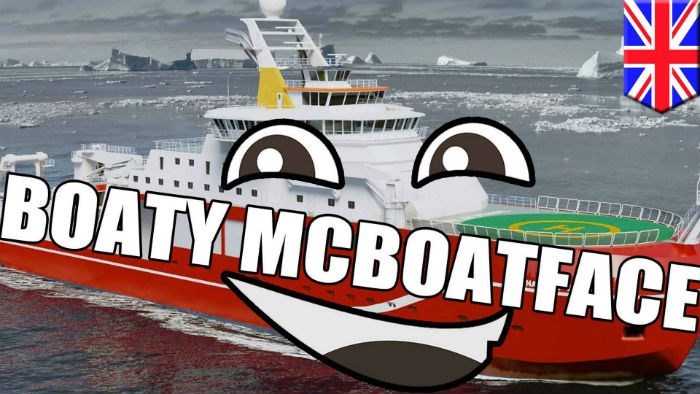 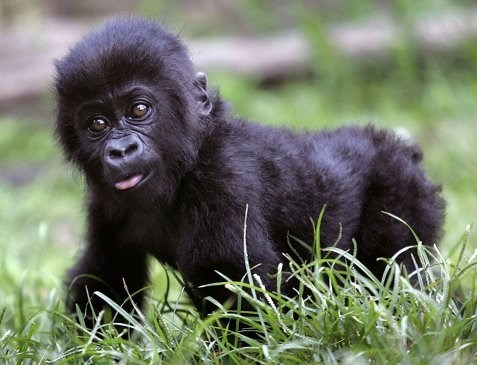 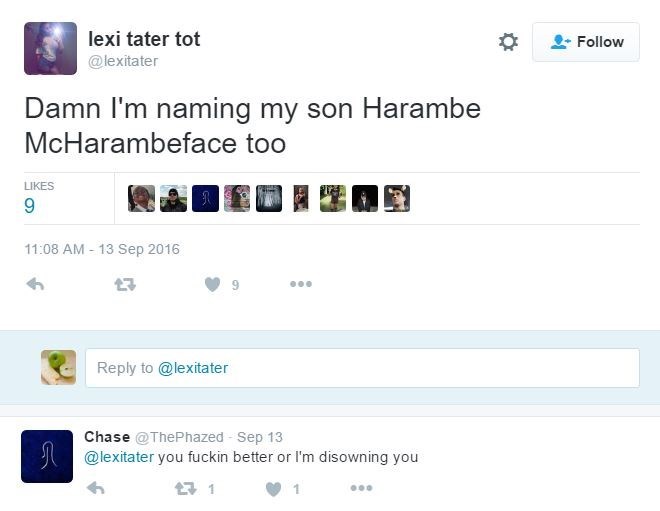 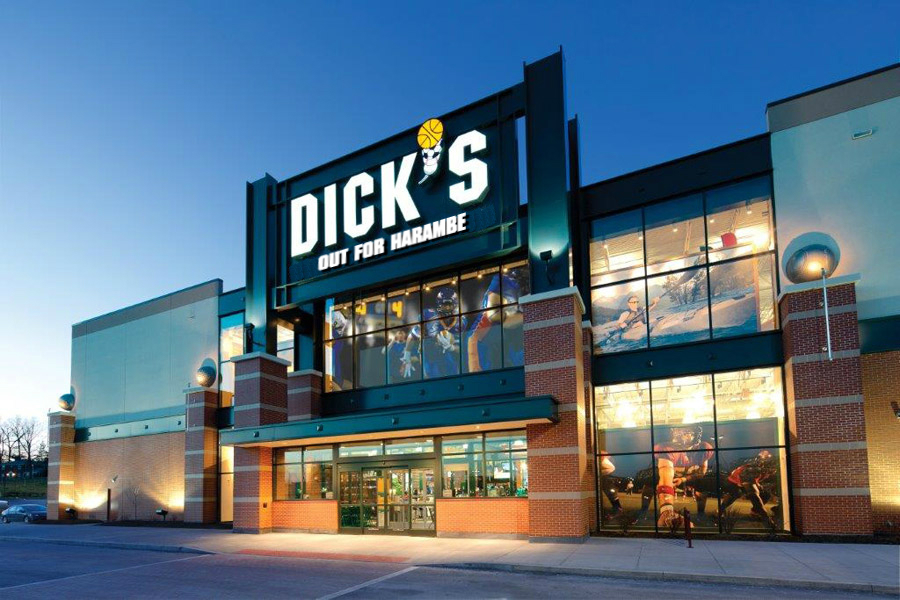 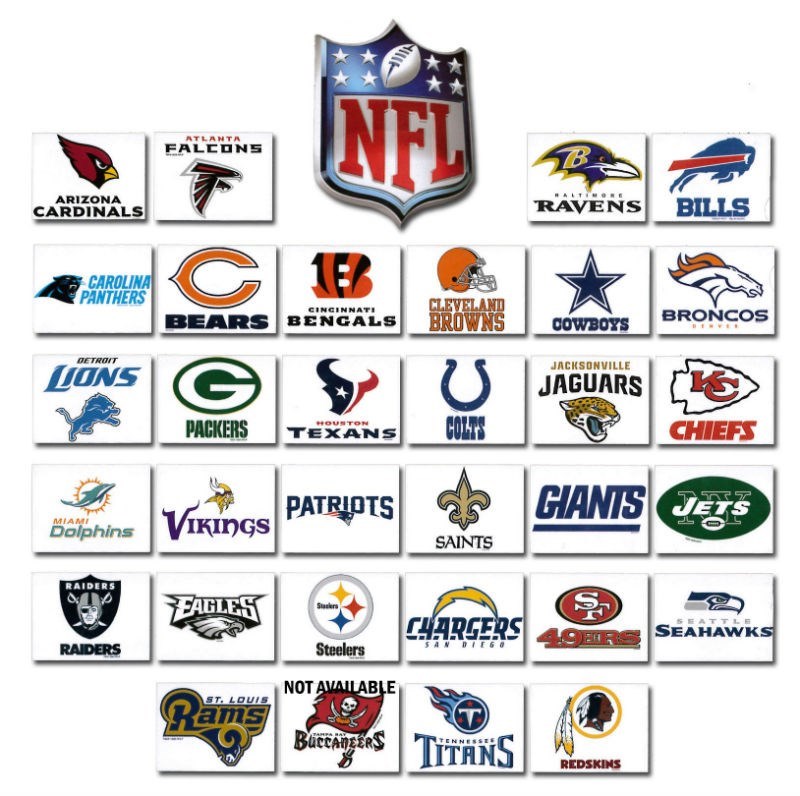 It's almost gridiron time, so bone up on your NFL Trivia with this list of 32 Team Name Origins! 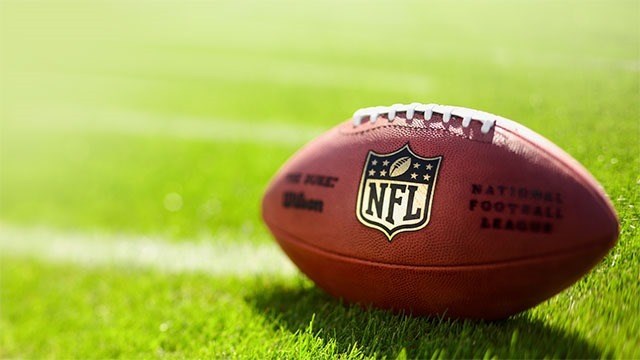 So for REAL fans of REAL football, here ya' go: 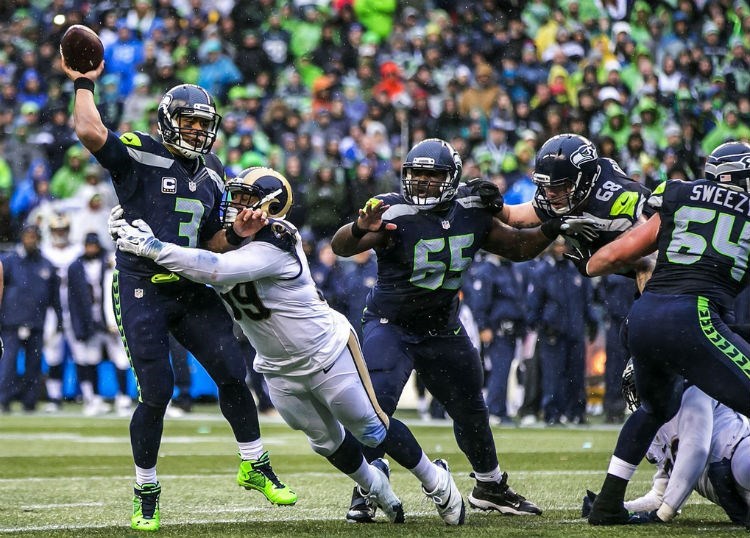 "There were 1,700 unique names among the more than 20,000 submitted in a name-the-team contest in 1975, including Skippers, Pioneers, Lumberjacks, and Seagulls. About 150 people suggested Seahawks. A Seattle minor league hockey team and Miami's franchise in the All-America Football Conference both used the nickname in the 1950s. "Our new name suggests aggressiveness, reflects our soaring Northwest heritage, and belongs to no other major league team," Seattle general manager John Thompson said. The Seahawks' helmet design is a stylized head of an osprey, a fish-eating hawk of the Northwest." 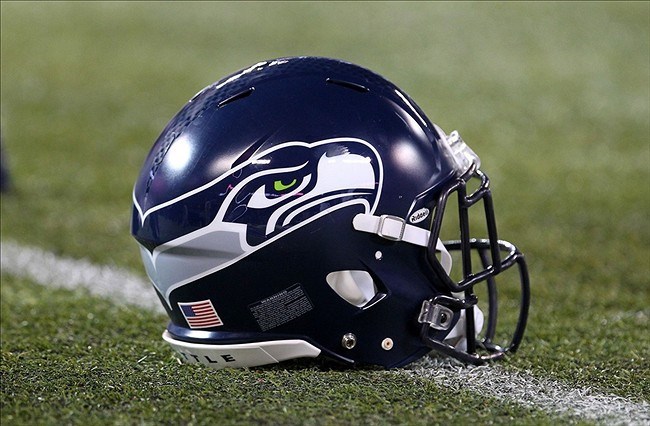 
Get a cake supporting your favorite team here. 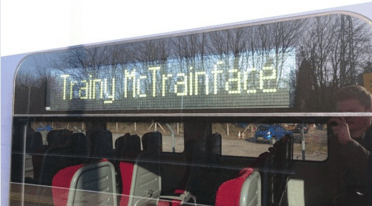 You may remember Boaty McBoatface, the potential name of a very expensive research vessel that was open to public suggestions. Well, it started to look like the majority vote wouldn't choose the name of that ship so a train in southern England decided to show solidarity and give their train a name.

A spokesperson for the company explained to The Evening Standard that, "It is a one-off by one of our creative guards who wanted to bring a smile to the face of our customers". So sadly, taking the Trainy McTrainface home from work won't become a regular thing.

Fail of The Day: Teen Named "Bud Weisser" Arrested For Trespassing at Budweiser Brewery in Missouri 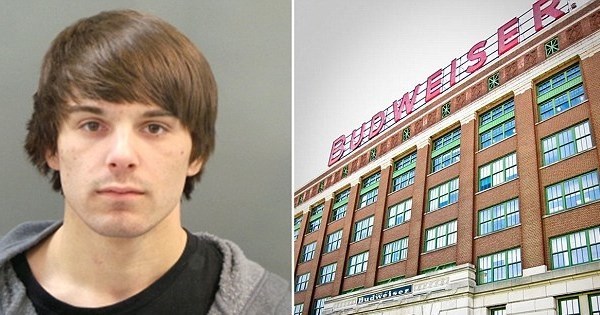 We can't make this up.

Nineteen-year-old Bud Weisser was cited for trespassing and resisting arrest in Missouri after he was found in a restricted area of the Budweiser brewery Thursday, according to Daily Mail.

Weisser apparently crashed his car in the parking lot and hopped a fence to enter the brewery. Police were called to the scene after he refused to leave the area.

Here's another look at Mr. Weisser. Seems to be an upstanding young gentleman. 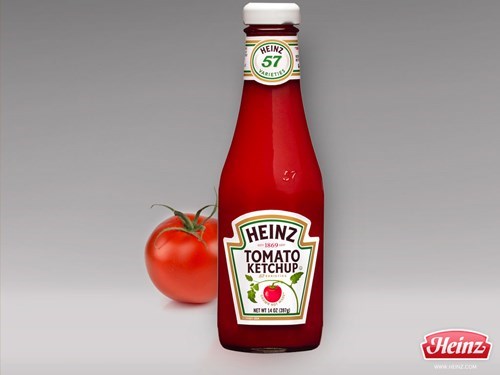 Would a ketchup by any other name still taste as sweet? Probably.

Legally, in Israel, Heinz ketchup must now be called 'tomato seasoning' because it straight up doesn't have enough tomato in it to be called an actual ketchup product. Gross.

After a complaint levied by local competitor Osem, the Health Ministry agreed that since Heinz does not contain at least 10% tomato solids, it can't legally be called ketchup.

However, Osem's victory may be shortlived. Haaretz reports that Heinz's local importer, Diplomat, is working with the Health Ministry to legally change the definition of ketchup from containing 10% to 6% tomato solids. In the meantime, English labels may still retain the term "ketchup."

This paired with a recent outcry over the lack of actual almonds in almond milk signals a rise in consumer awareness.

Heinz better put some more tomato in their ketchup stat, or face some kind of seasoning stigma and be thought a lesser product.

Would you eat some tomato seasoning with your fries?

The ".GOP" Domain is Up for Grabs, so of Course People Are Finding the Most Ridiculous URLs to Buy Up 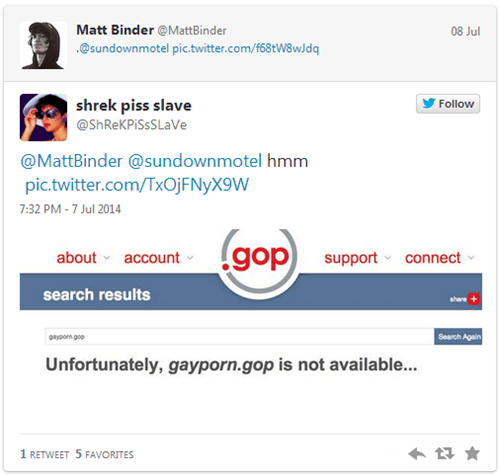 Luckily, this one is still available: 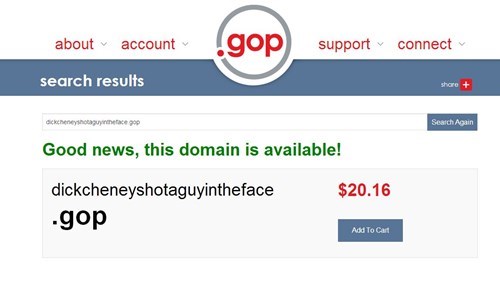 Awkward Moment of the Day 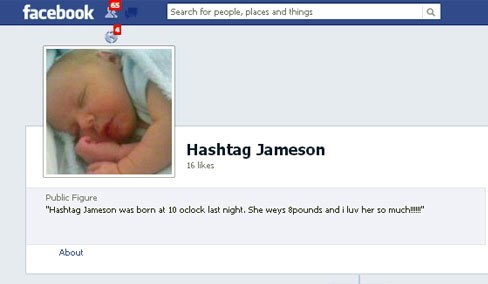 Meet Hashtag Jameson, a newborn baby girl who has reportedly been named after the metadata tag used on Twitter.

Inexplicably Funny of the Day

Not to be culturally insensitive or anything, but New Jersey's Republican congressional candidate Shmuley Boteach is a hard name to forget.