It's time to go for the checkered flag ladies and gents. Rev your engines, keep your eye on the prize, and watch your opponents get left in the dust of your wake. Whether you are a diehard NASCAR fan or just a curious bystander, there is definitely plenty to see at this year's Daytona 500, even surprise celebrity appearances and speeches. Though the race is finishing up today, for now we have some of the best highlights from day one. And if you want to check out even more sports memes, look no further. 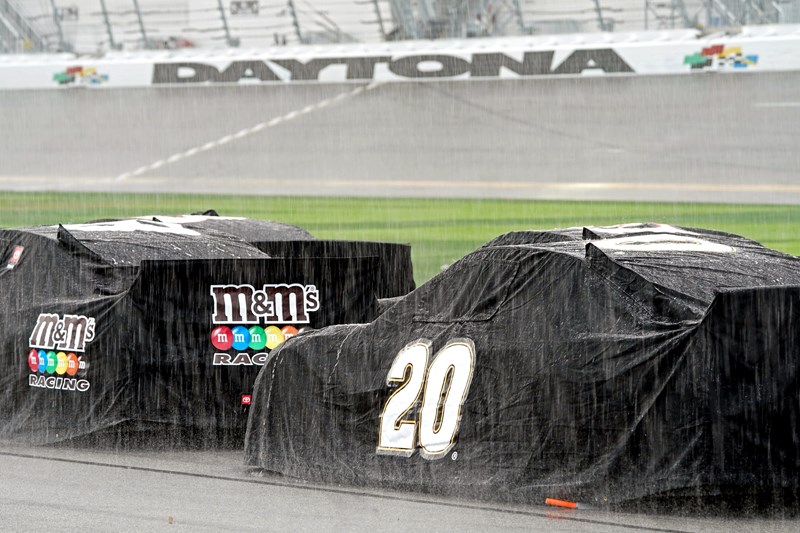 A NASCAR event turned into a boxing match Sunday, when tensions between Jeff Gordon and Brad Keselowski escalated into an all out brawl, leaving both racers all bloodied up.

Gordon said was upset about Keselowski's erratic driving during the AAA Texas 500 at Texas Motor Speedway, particularly when he ran into his car and set it spinning.

"He's just a dip---. The way he races, I don't know how he ever won a championship and I'm just sick and tired of it."

Keselowski was actually fined last month for his involvement in another post-race brawl, which NASCAR says is for "maintaining a safe environment following the race."

After Watching This 10 Second Video, You'll Understand Why Some People Love NASCAR

Gif of the Day: Wow Much NASCAR

The DogeCoin car finished in 20th places this weekend, but during the race was at one point in the top ten. much fast

The Nascar Dogecoin Car is Here and is Ready to Race

Last month, Reddit users were able to raise enough of the digital currency (about $55,000 worth) to sponsor Josh Wise's No. 98 Phil Parsons Racing Ford for this weekend's Aaron's 499 Sprint Cup race at Talladega Superspeedway.

I might actually watch NASCAR just to see the #Dogecoin #Dogecar pic.twitter.com/Cf0lfQN9Sd

NASCAR is Going to the Doges 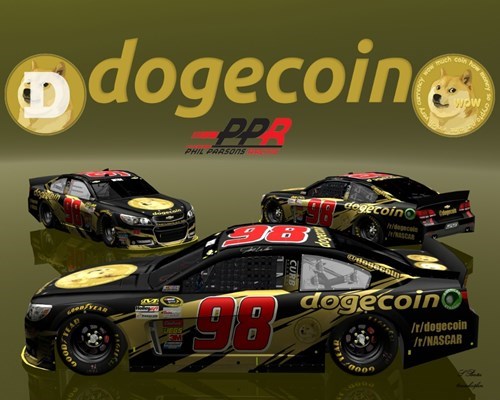 Enthusiasts of parody crypto-currency Dogecoin are taking it to the next level, sponsoring up and coming unsigned NASCAR driver Josh Wise. The design isn't finalized, and you can send your own submissions to this Reddit thread here, if you truly believe in the dream of seeing a ridiculous Shiba Inu on a car on national television.