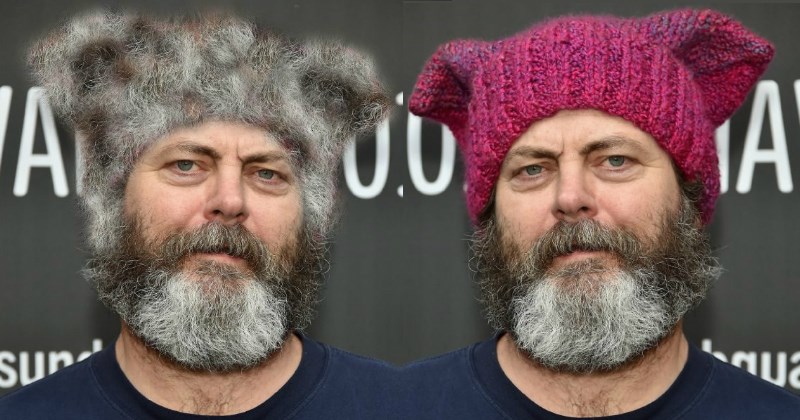 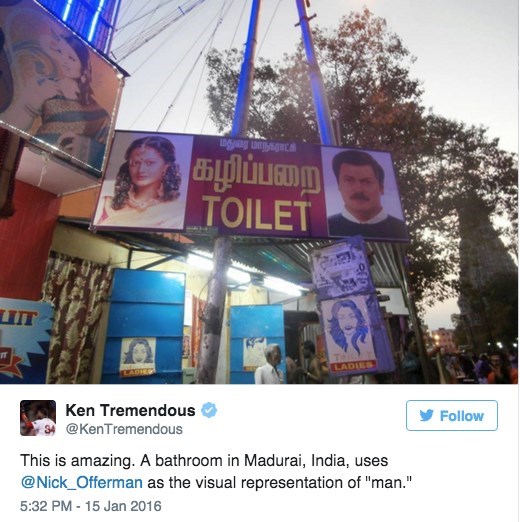 As soon as Nick Offerman grew a mustache to appear on Parks and Recreation, he became America's 'Man's Man'. Now it seems like that honor applies to him in India too. His face has been spotted on a bathroom in Madurai, India as a representation of all men.

Offerman's response was simple, yet elegant.

Drinking Song of the Day: Nick Offerman’s Ode to Whiskey

Whiskey maker Diageo has teamed up with your favorite mustached man and "Parks and Recreation" star, Nick Offerman, to bring you a new video series about his love of the drink.
He also does some woodworking, horseback riding and even plays his guitar in a vast field of green, because that's what you do when you're whiskey drinking.
According to the official Youtube channel:

The storylines range from an epic transcontinental journey in which Offerman proves his love and knowledge of scotch, to a mockumentary on how Oban scotch gets made by the most gorgeous people on earth.

In case you missed it, Lowe's announced that it is replacing its staff of human beings with a team of robots.

With the help of Nick Offerman and H. Jon Benjamin, John Oliver took a few minutes on his show Sunday to prove why people are still vital to a business like Home Depot.

Via Oh Have You Seen This?
Repost
Recaption

He's nothing if not prepared. After watching this, you will be, too.

Nick Offerman's Slam Poetry Ode To Bacon of the Day

Nick Offerman, aka Parks and Recreation's Ron Swanson, is now on Twitter (despite Swanson's less-than-friendly relationship with computers).

In his inaugural tweet, Offerman praised his "hot and hilarious" wife, actress Megan Mullally, who also played one of Ron Swanson's crazy ex-wives (both named Tammy) on Parks and Rec.

His second tweet was a photo of his balls. Obviously.