Via Blank on Blank
Repost
Recaption
The Daily What
Favorite 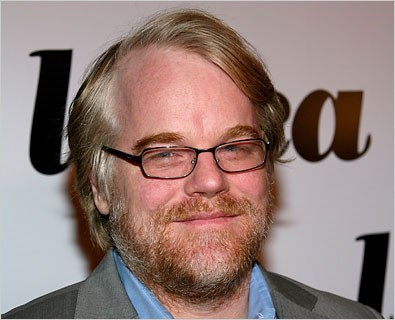 The official said Mr. Hoffman, 46, was found in his West Village apartment around 11:30 a.m. by a friend who had become concerned at not being able to reach Mr. Hoffman.

Investigators found a syringe in his arm and an envelope containing what is believed to be her0in, the official said.

"It's pretty apparent that it was an overdose," the official said. "The syringe was in his arm."

Hoffman won the Academy Award for Best Actor in 2005 with his portrayal of Truman Capote in the film "Capote."

He was most recently known for his role in "The Hunger Games: Catching Fire" He was slated to star in two more installments.

The first full trailer for Paul Thomas Anderson's The Master, starring Philip Seymour Hoffman, Joaquin Phoenix and Amy Adams. It's scheduled for an October 12th release, unless someone at the Celebrity Centre steals all the prints.