Why Big Bird Matters of the Day 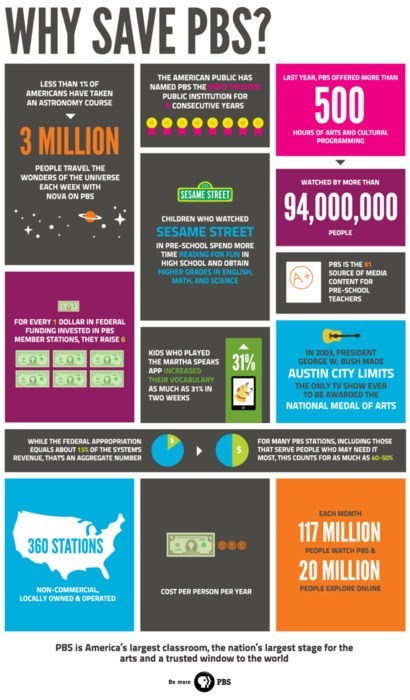 If only this info had been sitting on Obama's lecturn...

Mitt Pissed Off An 8-Year-Old of the Day 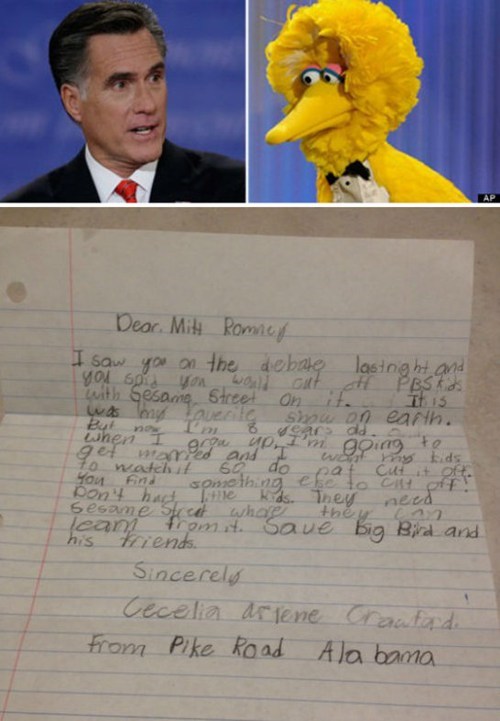 Eight-year-old Alabama resident Cecelia Crawford was not impressed by Mittens' pledge during the debate to fire Big Bird, so today she fired off this sweet little note:

When I grow up I'm going to get married and I want my kids to watch it so do not cut it off. You find something else to cut off!

Round 1 To Romney of the Day

Chris Matthews: "[Obama] was disarmed! He was like, 'Oh, an hour and a half? I think I can get through this thing.' What was Romney doing? He was winning! If he does five more of these things, forget it."

Presidential Debate Preview of the Day

Good god. A debate like this would send our Drinking Game plans into disarray. 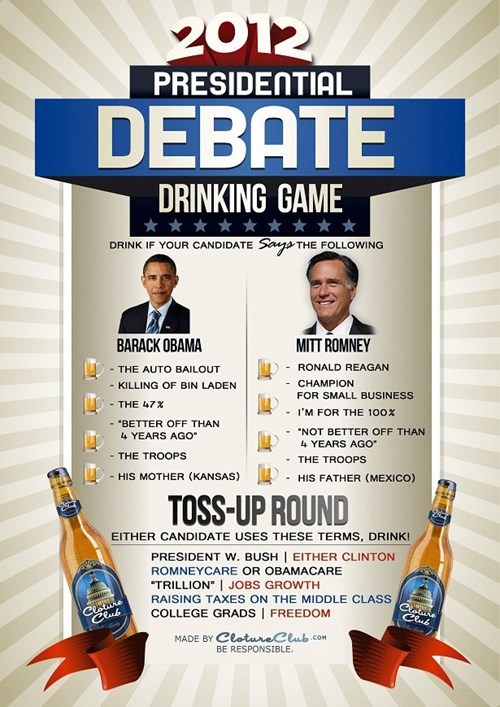 Politics is messy business. With the first presidential debate tonight, there's no better way to celebrate the mess than by getting incredibly drunk.

Naturally, the Internet is reacting to the debates the only way it knows how -- by creating a multitude of alternate drinking games. If this one doesn't tickle your fancy, you can try this, this, this, or this.

Aurora Shooting Survivor Issues A Challenge of the Day

"This past summer in a movie theater in Colorado I was shot, shot in the face and neck," Stephen Barton says. "But I was lucky. In the next four years, 48,000 Americans won't be so lucky, because they'll be murdered with guns in the next president's term. Enough to fill over 200 theaters. So when you watch the presidential debates, ask yourself: Who has a plan to stop gun violence?"

Wednesday's debate in Denver will be held just 9 miles from the Aurora theater.