Illustrator Brian Kesinger may have made a name for himself with his illustration work at Walt Disney Studios, but it's his work outside of the movie business that really gets fans going. His steampunk art has been his most successful, featuring whimsical cephalopods and frilly fashions - but our favorite series of his combines the Star Wars universe with Calvin and Hobbes. 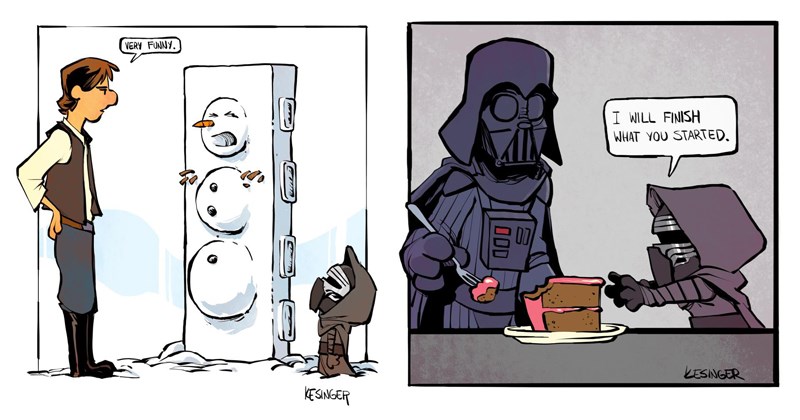 Star Wars Trivia of the Day: Han Solo and Princess Leia Were In Love for Real; Fans Get New Useless Factoid

After nearly 40 years, Carrie Fisher, who plays Princess Leia in the Star Wars films, has finally come forward with the news we have always hoped to hear: She and Harrison Ford aka Han Solo had a whirlwind love affair on the set of Star Wars. Even more importantly, Star Wars fans have another piece of useless trivia to deliver when talking bout their favorite movie.

Star Wars fans have undoubtedly always suspected that something was going on between these two actors, judging by the palpable will-they-won’t-they chemistry they brought to The Empire Strikes Back. “It’s fun to know that that was real,” Star Wars fans will probably say after telling you about this fling Carrie Fisher had on the set of a movie about space samurai.

*Sigh* That’s just the kind of thing us Star Wars fans were hoping for: Another fun, yet unnecessary detail to pour over. This is up there with Harrison Ford ad-libbing his infamous “I know” line from The Empire Strikes Back or the original name of Return of the Jedi, “Revenge of the Jedi.”

Fisher decided to reveal her secret after discovering some old set diaries. Star Wars fans would probably kill to see what other unknown treasures lay in those pages. Maybe there’s something about Mark Hamill’s onset behavior. Was he anything like Sir Alec Guinness? Did you know that Guinness didn’t actually like being in Star Wars and thought that the whole thing was a bit silly?

Hey, did you know that Endor was almost the Wookie planet of Kashyyyk?

Catcall Parody of the Day: Princess Leia Walking in NYC

Via Are We There Yet?
Repost
Recaption

The catcall parodies are starting to get a bit old at this point, but… Star Wars!

Here's what it would be like if Princess Leia took a stroll around New York for 10 hours in a simple white dress with space buns.

In Light Of Recent Events of the Day 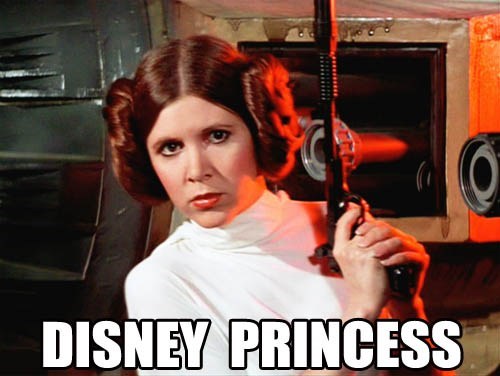 In case you haven't heard.