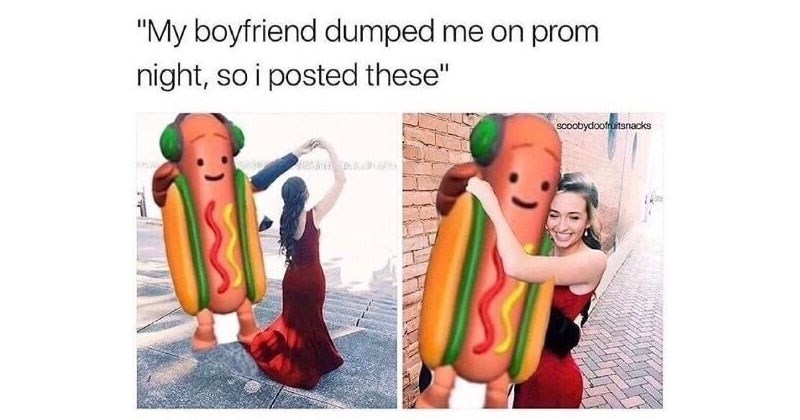 A kid on America's Got Talent went full Jim Halpert for his totally awesome teapot promposal.

If you're a fan of The Office, you will surely remember that tear jerking moment Jim busted out the teapot filled with all those inside jokes and handed it to Pam.

Game recognize game, because the real Jim Halpert even gave a shout out to the youngster and his smooth The Office delivery.

A Conservative Group Tried to Shut Down an LGBT Friendly Prom, Ended up Throwing Them a Prom for Free 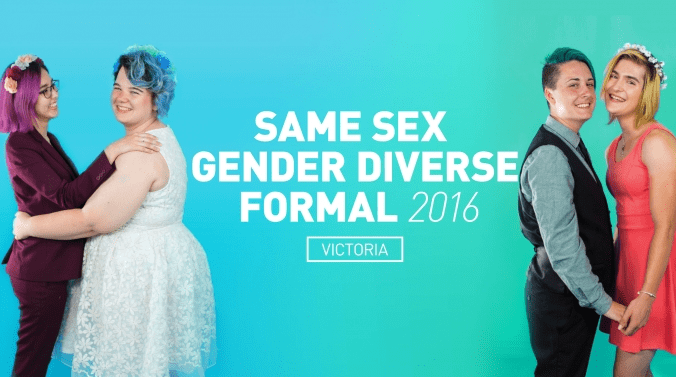 The Australian charity organization Minus 18 planned on throwing a small formal for teens in Victoria who are "same sex attracted and gender diverse".  The idea behind this was to give students who don't necessarily fit the "norm" a chance to have a prom night where they feel safe to be themselves. The event description says it best:


Imagine being told by your school that the clothes you feel comfortable wearing to a formal aren’t considered ‘normal’ or don’t conform to a dress code. Imagine not being allowed to take a partner of the same sex, or being too afraid to attend altogether.

It’s a sucky reality for gender diverse and same sex attracted students from all over Australia, who are bullied or made to feel unsupported because of their identity. That’s what the Same Sex Gender Diverse Formal is all about; you, me and heaps of other students having the night of our lives.

Sounds like a great idea but a local conservative group did not think so. It would seem that this group, which is literally called "STOP Safe Schools" and has the most dour logo possible, has no idea what the meaning of irony is. 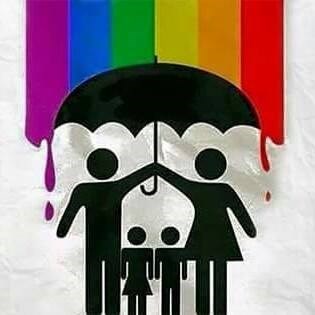 This lovely group of people who seem intent on shielding their children from all that is good in the world, like rainbows, decided it was their duty to stop such a blatantly open and accepting prom night. So, they asked everyone to buy up all the tickets and not show up, then it would have to be canceled, right? 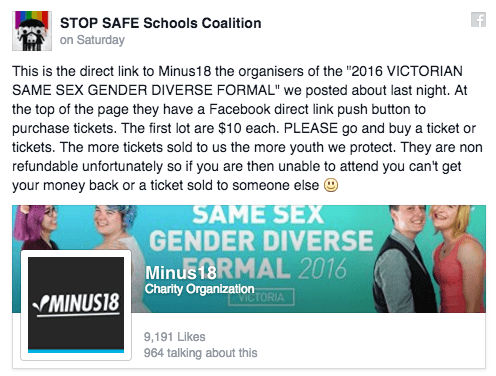 The people involved in STOP Safe Schools apparently did buy tickets, and lots of them. Micah Scott, chief executive at Minus 18 told The Age that they suspect the STOP Safe Schools group bought all of the cheaper, early bird tickets. He said, "The purpose of those was to provide young people with an opportunity to get in with a cheap option ... but unfortunately it looks like it has all been snapped up by this conservative group."

Fortunately, this inspired people to donate to the formal on a crowdfunding site. So far they've reached $45,175 of their $15,000 goal.  So instead of being cancelled, the formal will go on as planned. And thanks to the people who tried to have it canceled and their non-refundable donation of tickets, it will go on for free. 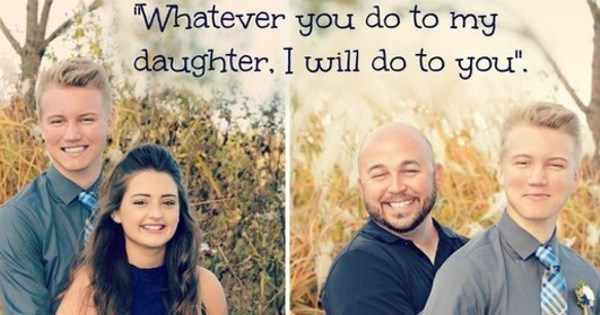 This is quite possibly the dad joke of the century.

Ricarra and her boyfriend thought they were just going to have a normal homecoming, but the teen's ~goofy~ dad had another idea.

Sharee Schock, a photographer in Wisconsin, was taking her daughter's homecoming photos when dad Benjamin decided to go in for the photobomb. Mom posted the photo on Facebook, because moms. And it has been shared over 3 million times.

Thanks, mom and dad. We're sure these teens just love this.

Promposal of the Day: Guy Asks Girlfriend to Prom By Jumping Out of a Plane

One guy from Connecticut has taken the “promposal” to new heights, literally.

High school students across the country have been coming up with creative ways of asking their dates to prom.

We’ve seen a guy stupidly pretend to be a suicide bomber and one kid who made a girl cry after she made fun of his elaborate road signs.

Eddie Staten wanted to do something extreme as well, and so he decided to express his love for his girlfriend by leaping out of a plane.

In the video, Staten holds up a sign that just reads “Talia, Prom?” It’s short, sweet and to the point, but apparently that was not enough.

The rest of the clip shows him skydiving with an instructor from a company called Skydive Danielson, who encourages his girlfriend to go with him.

“I hope she says yes,” Staten says while falling.

She did, according to NBC.