The driver didn't realize there was still a passenger left on his bus, and a sneaky one too. Who can blame this guy? Everybody loves to sing out loud when they drive.

If you have more time to waste check out another video of a talented musician killing it on the guitar.

Memers Can't Stop Roasting Kanye's Video For 'I Love It'

Kanye West released the very weird video to 'I Love It' last week and it's getting a whole lot of attention from memers. The video features West and Lil Pump dressed in very cartoony, Roblox-esque outfits, chasing Adele Givens down a hallway. The similarity to Roblox was even acknowledged by West, who self-awarely tweeted one of many memes poking fun at the video. While many of the jokes are kind of on the same page (Roblox, Minecraft), we've put together the best of the best of these Kanye-trolling memes. 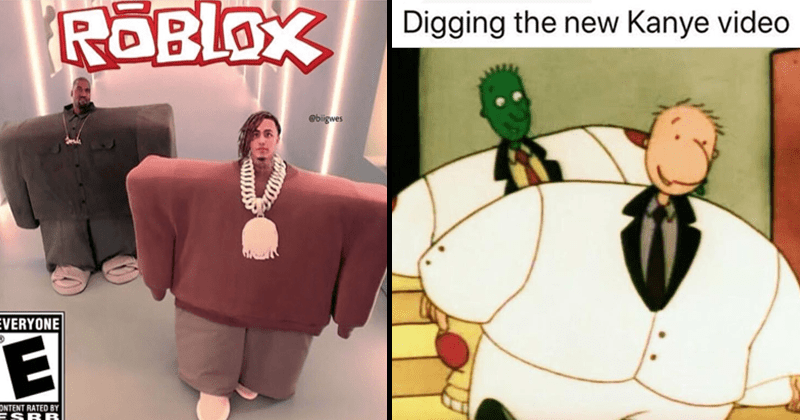 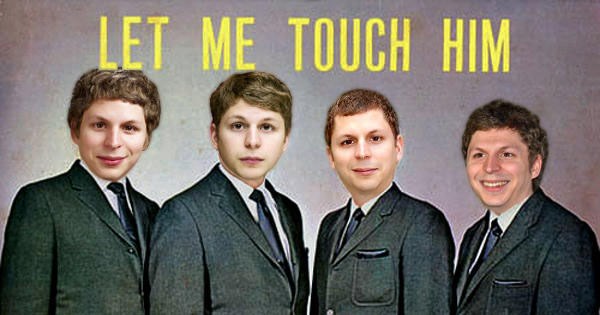 Move over, Dwayne "The Rock" Johnson - there's a new name meme in town. Someone realized how easy it is to riff on Post Malone's moniker, and the memes have been streaming in. It's become such a phenomenon that the rapper himself has threatened to change his name so that nothing will rhyme with it. 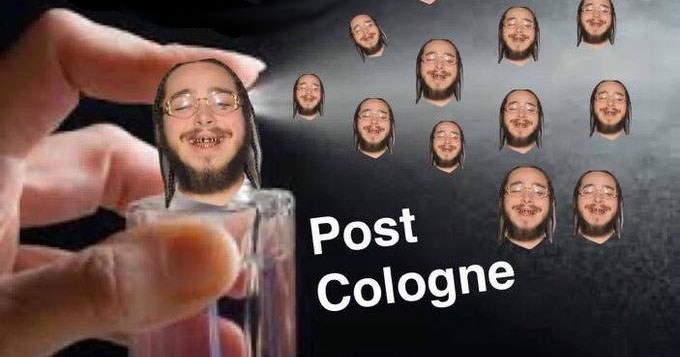 There's something here for everyone, even the classical music lovers. Wherever they are. 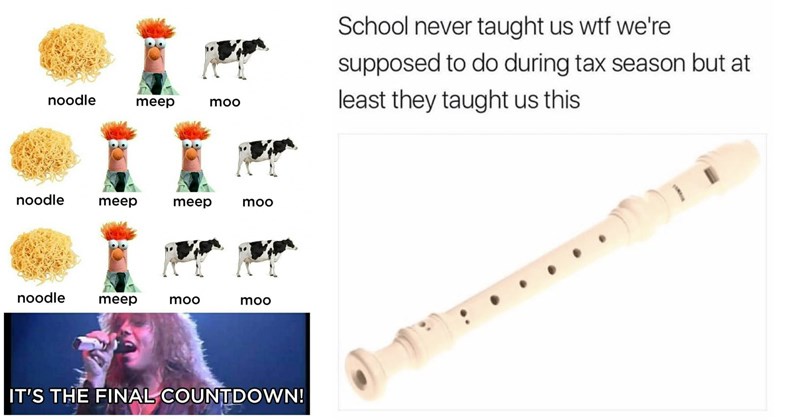 Phife Dawg, a member of the rap group A Tribe Called Quest recently passed away at age 45.  This reporter was clearly a fan, the video description reads:

He does a great job sneaking it under the radar to include it in his report but his skills are undeniable. 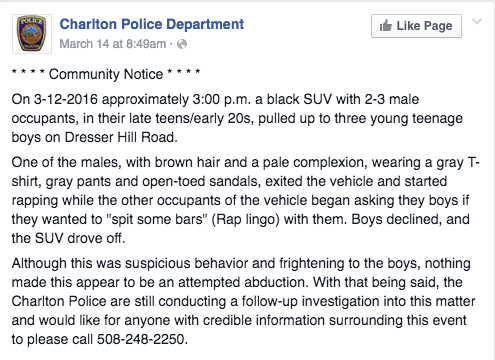 It looks like "suspicious" rap battlers are on the loose in Charlton, Massachusetts. The local police department posted this bulletin, warning residents of mysterious strangers that might shout "Rap lingo" at them. Obviously, a lot of Facebook commenters did not take this notice very seriously:

Not everyone disagreed with the police's stance on this, and they initially responded to criticism with a little more information to justify the a post about the incident. 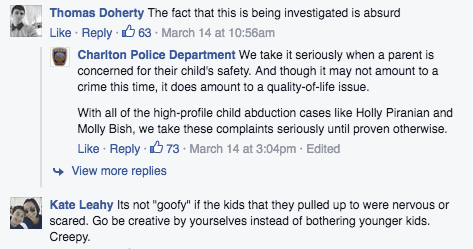 They also updated later to add some context to the post.

Rap music is safe... for now, just keep your rap battles out of Charlton.

Lesson of the Day: Jimmy Fallon and Justin Timberlake Bring Back the Masterful Medley History of Rap 6

In their continuing effort to education America on the history of hip hop, Jimmy Fallon and Justin Timberlake performed their sixth lecture/performance Sept. 9.

They turned the Tonight Show stage into a regular adult education center as they ran through a large gamut of new and old music, backed by the fantastic sounds of The Roots.

And it's a hit! They land an eclectic and wildly entertaining bunch of songs. The thing never unravels, though it was close when Fallon reveals his Compton beginnings.

It's a continuation on a long-running series the two have performed beginning back when Fallon hosted Late Night. Unfortunately, NBC doesn't want anyone seeing those other lessons and has removed the videos from YouTube.

However, Spin has chronicled all the songs featured in the previous installments.

Debate of the Day: Nancy Grace and 2 Chainz Argue About Legalizing Marijuana

Nancy Grace is not a fan of legalizing weed, and she had rapper 2 Chainz on her show Tuesday night in an epic debate about it called "#Pot2Blame".

The host tried and failed to convince him that changing the law would turn all children into pot smoking fiends, using a few videos of parents forcing their kids to smoke as an example.

"Some people actually love their child," he said. "Some people know that this is obviously wrong, so this is nothing to really argue about. These people are imbeciles. You can't use this case to define a whole community."

2 Chainz, whose real name is Tauheed Epps, came off as the calm, collected one and Nancy Grace probably should have taken a few hits herself before the interview to calm down. He argued that everyone can pretty much get weed if they want already, and that legalizing it would help with certain issues like the overcrowding of prisons and wasted tax dollars.

"We're in a deficit. We've got to find ways of getting out," he said. "If we got half of the states legalizing pot, if the rest of the community legalizes pot that frees up taxpayers money, that'll allow us to do something with this extra with these funds from fixing potholes in the street to building stadiums. I'm down with it."

Another great moment was when she read some of his lyrics to question his position as a role model for kids.

"'Smoking California weed with California whores' — excuse me, 'true.' I left that out," said Grace.

He politely thanked her on his Twitter account afterwards and teased another debate that we hope will happen very soon.

Rapper of the Day: News Reporter Warms Up to ‘Alphabet Aerobics’

This just in: Texas news reporter is secretly a rapper.

Yup, Harry Potter can rap. The good part starts a little after 2 minutes in the video.

Radcliffe says he was initially really into learning Eminem lyrics, and calls his fascination with memorizing fast paced rap songs "a disease."

But what does Ron Weasley think?

These kids have it all: Enthusiastic crowds, cheering, sick burns, and now they just need rhymes longer than two lines! But seriously, it looks like everyone's having a good time with this one.

Parody of the Day: David Cameron Raps His Press Conference

Going through all those boring speeches must have sucked.

If Only Every Doctor Was This Awesome

Screw dropping the mic, this doctor just rolls out.