Let this be a lesson to everyone, everyone, out there: don't go poking fun at a self-proclaimed 'angry librarian', unless you want to be the victim of an impressive rage-explosion. 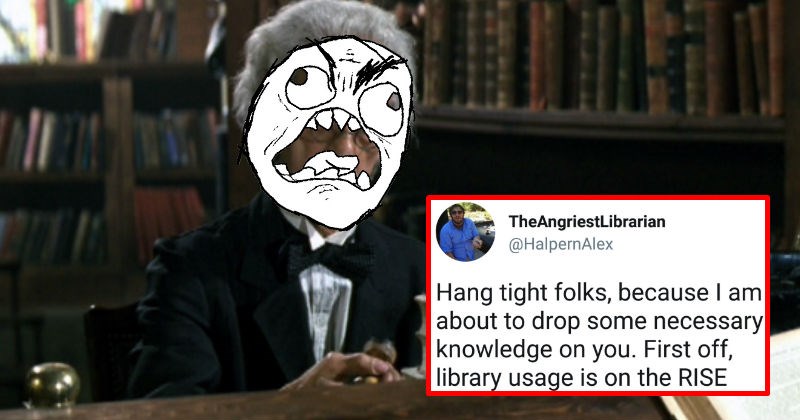 Trim of the Day: This Barber Gave Out Free Haircuts to Kids Who Read Him Stories 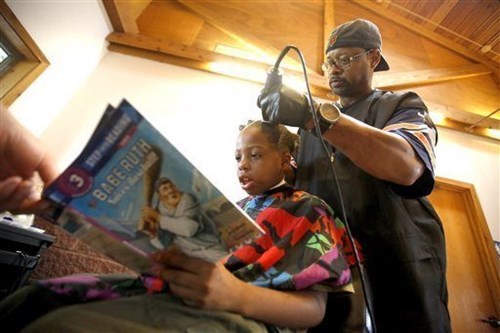 A barbershop-based event in Dubuque, IA lets kids use literacy as currency.

Barber Courtney Holmes will give free haircuts to children that read to him while in the chair as part of a city promotion to get kids ready for the upcoming school year and to keep them looking spiffy.

The Globe Gazette ran the story from an Associated Press wire report.

St. Mark Youth Enrichment gave away books during the event, some of which were read to Holmes. Outreach coordinator Beth McGorry with St. Mark said she enjoyed watching Holmes help young children sound out the words they didn't know yet.

"It's great. All the kids, they want to have a good haircut to go back to school," she said. "They're paying through reading."

What a nice story to start the weekend, right?

Heartwarming Story of the Day: The Unlikely Book Club Friends of a College Football Star

Kickass Kid of the Day: This Kid is Maybe a Reading Level or Two Above the Curve

Restored Faith in Humanity of the Day: A Kindergartner Read 875 Books in One School Year

People say kids don't read enough books these days, but one young pupil at T.S. Cooley Elementary Magnet School in Lake Charles, Los Angeles, would beg to differ. Over the course of the past school year, five-year-old Sophia Moss read through nearly the entire kindergarten and first-grade sections of her school's library. According to the local news report, her father Carl helped her check out five books a week this fall, which eventually grew to more than 20 books per week. In addition to her passion for reading, Sophia has already begun writing her first book, a story about a superhero turtle titled "Sophia's Pet."

Cool Story Bro of the Day: Fifty Impressions of Grey

Via The Man of a Kajillian Voices
Repost
Recaption