TV News of The Day: Jeffrey Dean Morgan Will Play Negan on 'The Walking Dead' 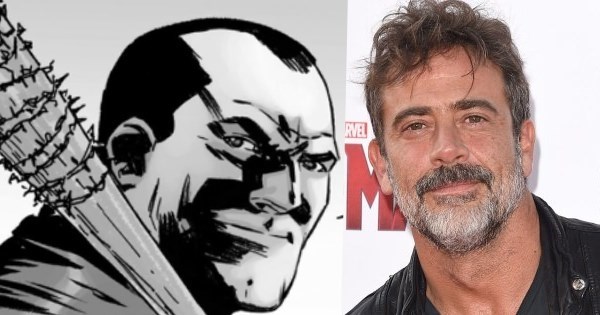 There's a new villain on The Walking Dead, and he's been on the horizon for quite some time.

Actor Jeffrey Dean Morgan will play Negan, the infamous bad guy in the comic book series that terrorizes Rick Grimes and his gang. The character is the leader of a group known as The Saviors that uses violence to control other communities.

As you can see from the panel below, Negan is a super nice guy who is totally reasonable.

Negan also does a not very nice thing to Glenn Rhee in the comic books with his baseball bat "Lucille." But since Glenn is currently chilling under a dumpster, there's no reason to believe that story line will actually happen on the show.

"There's a particular story in that arc that I'm very excited for. But because we know where we're going, we have some opportunities to play around with it and put some things in that will lead up to [Negan and Alexandria] in different ways yet fulfill the story Robert told to the Nth degree by utilizing some slightly different approaches. Lineups and timelines and the whole nine yards."

Morgan will appear on the season finale of TWD as a guest star and then be promoted to regular cast member for season 7.