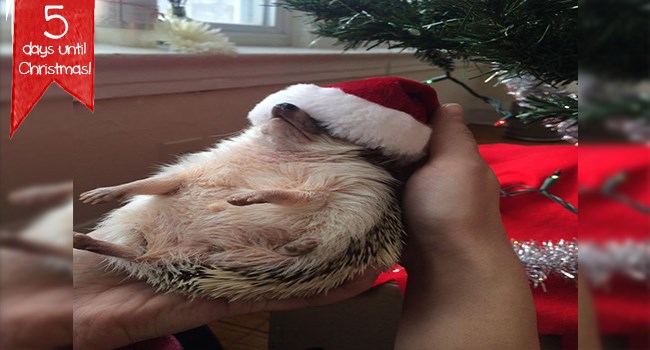 Fun Guy of the Day: Pastor Gets Into Christmas Spirit By Telling Kids Santa Isn’t Real

Everyone celebrates the holidays in their own way. Whether you’re lighting the menorah or putting presents under the tree, one thing remains true: The holidays are a season of giving and warm wishes.

Which explains why this pastor gave the gift of cold reality with a dash outright crazy to a line of people waiting to see Santa Claus at the mall this weekend. That'll bring people back into the church for sure.

Over the weekend, Pastor David Grisham from Last Frontier Evangelism walked into a mall in Amarillo, TX and did a real bang up job of getting people interested in the story of Christmas. Grisham walked up and down the line, telling the children that “There is no Santa Claus.” Here's what he had to say:

”Folks, my name is Pastor David. Kids, I wanted to tell you today that there is no such thing as Santa Claus. Santa Claus does no exist. The Christmas season is about Jesus. Jesus was born 2,016 year ago... The man you’re about to see today is just a man in a suit dressed up like Santa, but Santa does not exist."

Then addressing the parents, he continued:

"Don’t lie to your children and tell them there’s such a thing as Santa when you know in reality that there are no flying reindeer. There is no workshop on the North Pole. There is no elves making toys.”

Anyway, parents in line didn’t take too kindly to someone with such a tenuous grip on reality lecturing them on reality. So a couple of dads with beards confronted this man and informed him that it’s perfectly fine for them to lie to their children if they want to.

And you know what, it is every parent's right to lie to their children. When they say, you can’t have ice cream for dinner, of course you can have ice cream; they just don’t want you to. Lies all lies!

But according to Huffington Post, there actually is a Santa Claus. They write:

”Whether Grisham knows it or not, historians say the character of Santa Claus as we know him today is based off a Christian saint, Saint Nicolas, whose generosity toward children as a Greek bishop led to him being declared a patron saint of children and bringer of gifts.

One of St. Nicolas’ most famous acts, which may sound familiar to those who celebrate Christmas, was him saving three sisters from being sold into prostitution by dropping a bag of gold down the indebted family’s chimney so they could pay off their dowries. One of the bags happened to land in one girl’s stocking that had been hung up to dry, according to historian Bill Petro.

So open a book, Grisham, and stop trying to ruin everyone’s Christmas by reminding parents that they lie to their children, so their kids can have one nice day out in this awful year.

Via Rhett and Link
Repost
Recaption

Chuck Testa, the famous taxidermist of Ojai Valley, CA, decides to dress up as Santa Claus and spend some time with Rhett and Link's kids.

Christmas Is Coming of the Day 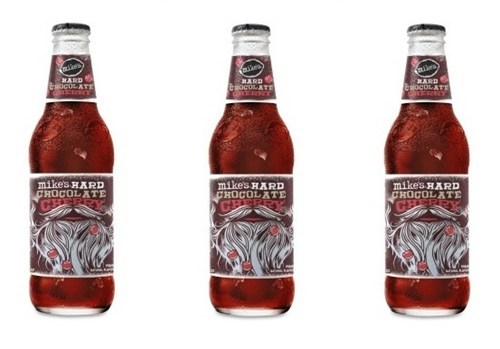 According to the label, Santa Claus' drink of choice is Mike's Hard Chocolate Cherry.

Rumor has it the beverage "carries a sour kick melded with a smooth sweetness."

In stores later this month.

Fashion Fitness of the Day: Jen Selter has the Most Famous Butt on Instagram