THE LOCH NESS MONSTER HAS BEEN FOUND! Kind of. Assuming the real monster doesn't exist and the only one around to find was a giant rubber movie prop.

If you want to know the full story, just watch the above adorable, calming video of the most rational monster hunters you've ever seen. 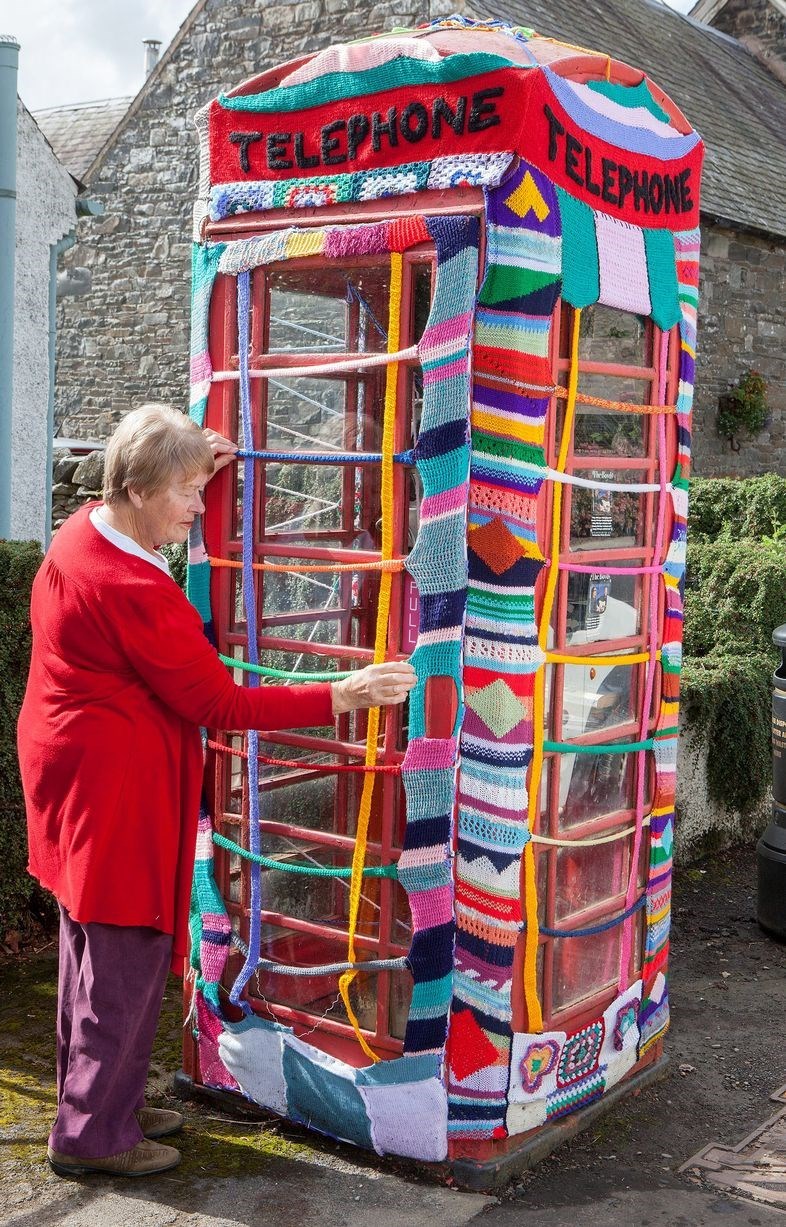 Grace Brett has had it with your un-yarned cityscape.

That's why the 104-year-old joined a group of 'guerilla knitters'. The group launched a public demonstration of civil disobedience by decorating various public places in small Sottish towns with knitted, self-made crafts.

The Daily Record tells how she got involved with such a radical display of art:

Grace, who has six grandchildren and 14 great-grandkids, was the oldest of the yarn bombers called the Souter Stormers.

Among the landmarks they decorated in Selkirk, Ettrickbridge and Yarrow were a red phone box and a statue of Sir Walter Scott.

The yarn bombing was part of the Yarrow, Ettrick and Selkirk festival. And Grace helped by creating knitted balls which were hung outside shop windows.

She said: "I liked seeing my work showing with everyone else and thought the town looked lovely."

Here's a video interview of her exploits:

Those of us stateside may not be privy to the news that Scotland is set to vote on a national referendum to become an independent country from the United Kingdom (the UK currently consists of England, Scotland, and Northern Ireland). Since they are officially a single country, no checkpoints currently exist between the two territories. However, an intrepid group of pranksters set out to give the public a taste of what the future might hold in the form of a mini border checkpoint complete with a booth, car barriers, and cones. Cones! That's how you know they mean business.

How to Troll the Scottish Labor Party

As debate heats up in the UK about the possibility of an independent Scotland, some activists decided to have fun with "The Evil Empire" of the Labor Party.

Tourist Attraction of the Day: A Woman in Scotland Fills out the Wrong form on TripAdvisor. Now She's 87th of 168 Attractions. 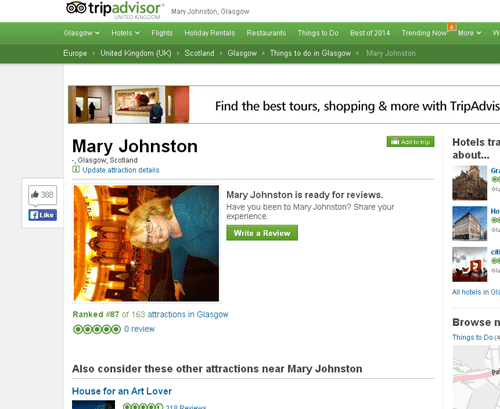 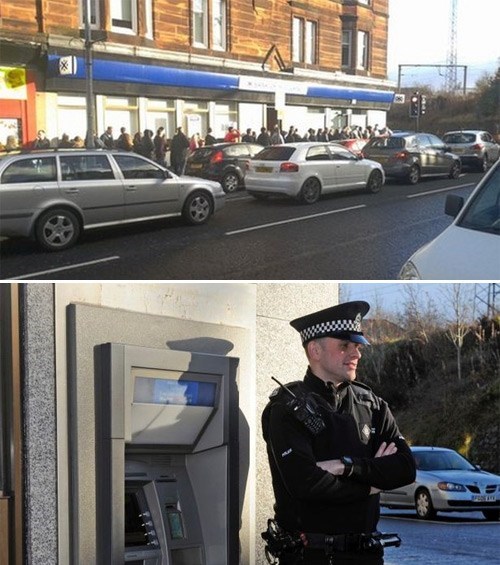 Hundreds of Bank of Scotland customers, many of them college students, flocked to a malfunctioning ATM in Glasgow after a rumor began spreading on Twitter yesterday it was paying out double the amount of the customers' withdrawal requests. The bank quickly responded by having police officers dispatched on the scene and resetting the ATM, but a spokesperson later confirmed that it will be difficult to trace all payments made during that time and it remains unclear what action can be taken by the bank to seek any reparations.