People Are Connecting With Woman's Advice Letter On Men From 1925 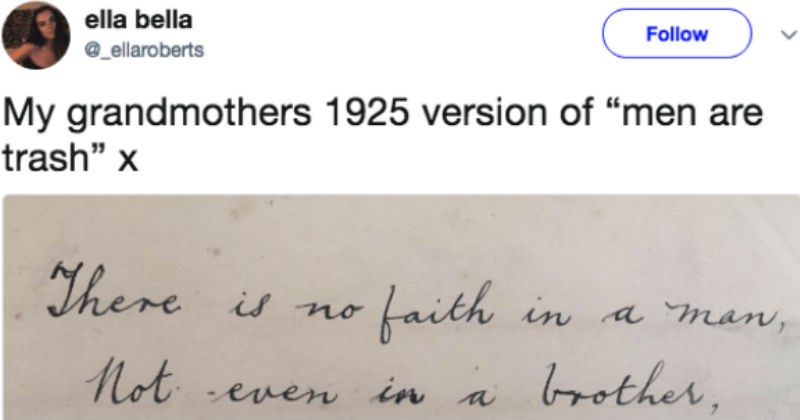 If Julian Assange's goal here was to kick the proverbial hornet's nest, thereby igniting a full-fledged explosion of rage from crowds of people on Twitter....then mission accomplished. Let's just say we're all well aware of another undeniable truth, after Assange's tweet; and that is that you don't tweet sh*t like this, unless you want to kickstart a Twitter war.

TRIGGER WARNING. You guys think she got carried away in typical 2018 fashion on this social media rant, or should we all work on sharing the proverbial laundry load a bit more... 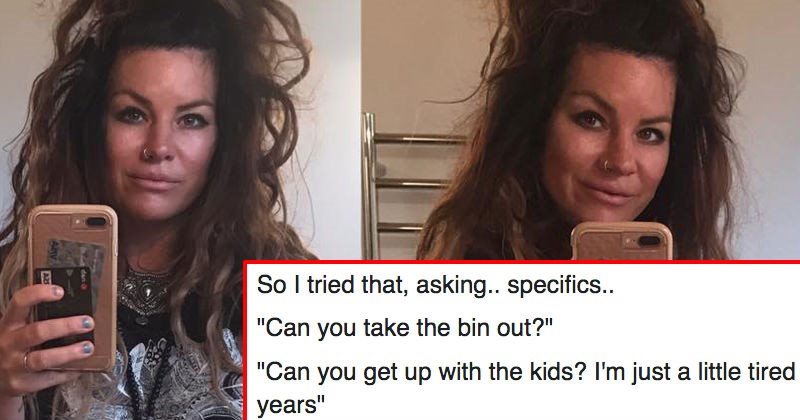 CBS Los Angeles is facing a sizable amount of backlash following the release of an article published by the Associated Press that takes aim at the idea men are concerned over whether it's okay to hug women or not, following all the deeply disturbing news about Harvey Weinstein's sexual misconduct.

Such a headline from CBS naturally ignited a slew of particularly spicy Twitter responses from men and women alike, that were equal parts outraged by the idea it's even a question, vs. where is the line drawn with what's okay? Let's just say the subsequent roasting of the article/headline from women on Twitter was ferociously unforgiving. 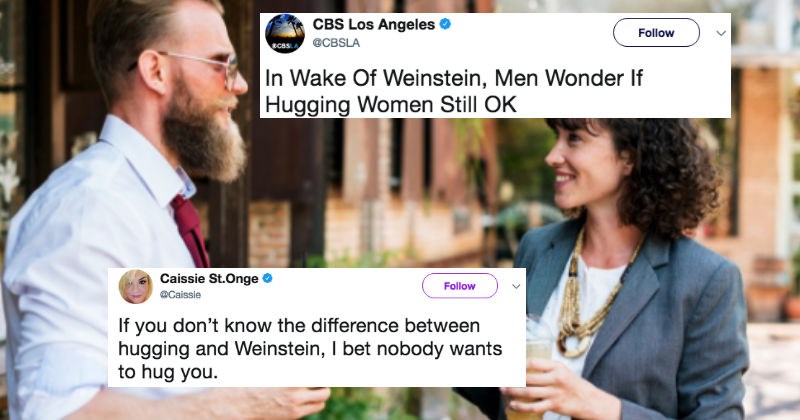 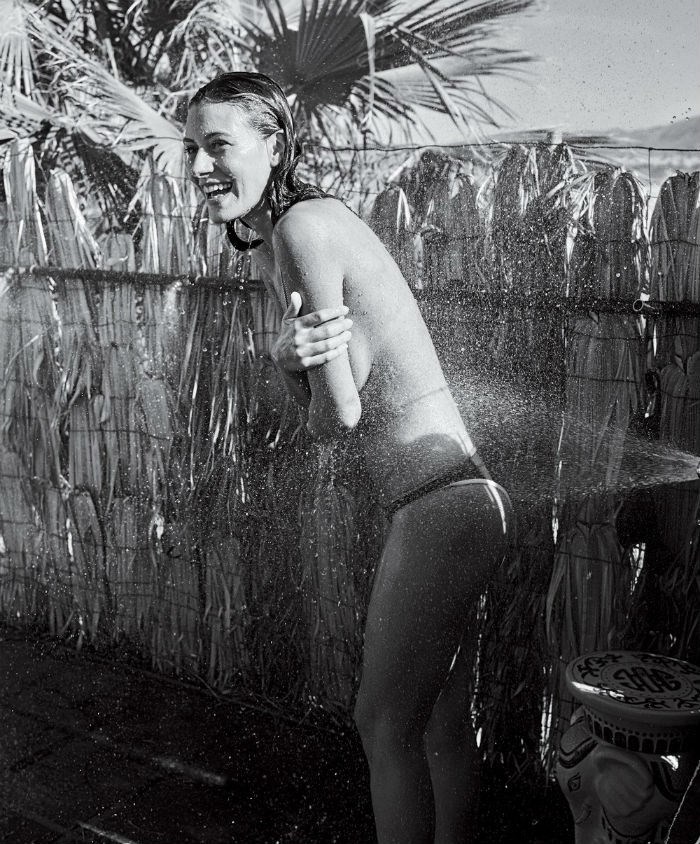 As soon as this Sprite advertisement was spotted, people started to complain. Why, maybe because instead of saying truths that are #BrutallyRefreshing, as the campaign intended, it really amounted to some cheap jokes that are #BrutallySexist.

The responses were equal parts "Sprite, you should be ashamed!" and "Did no one in charge of marketing read over this and think that it could be offensive and/or sexist? Really? NO ONE?!?" 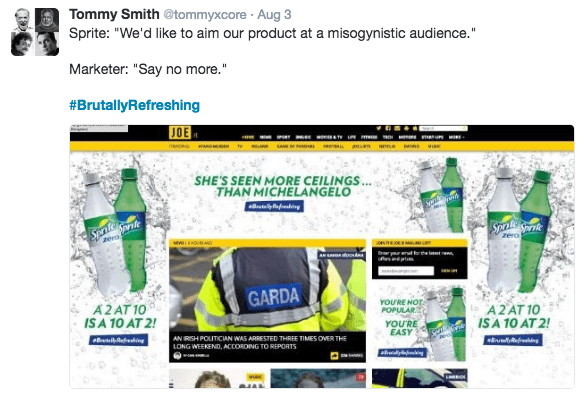 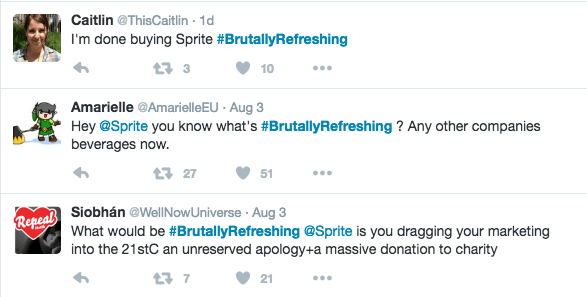 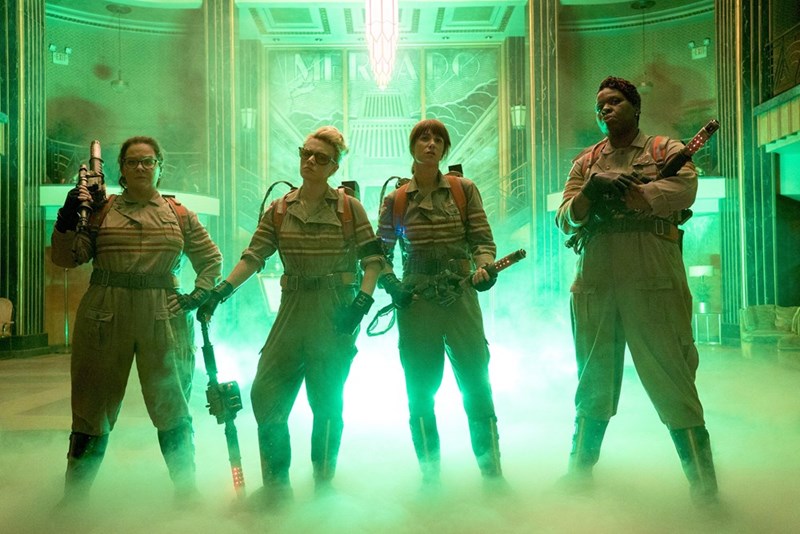 Get your popcorn ready; it's time for another round of senseless whining about the Ghostbusters reboot! 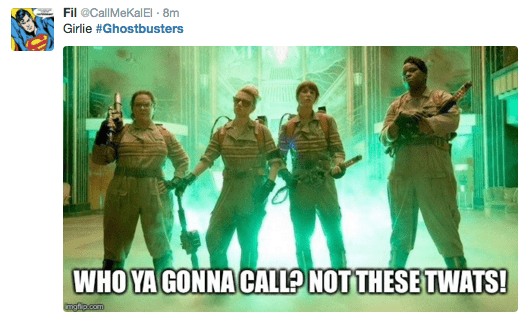 There's loads more where that came from if you need some hate to sustain you today.

Sexism of The Day: A Student Body President Was Almost Suspended For Wearing This

Via The Beaufort Gazette
Repost
Recaption

This teacher is way out of line.

Carey Burgess, a 17-year-old student and class president at a high school in South Carolina, was reprimanded and sent home from school this week for wearing...this?

By her account on Facebook, which has since gone viral, a teacher humiliated her by calling her out in front of other students for having a skirt that was "too short." Surely the teacher had to have been talking to another student, because Burgess looks like she is going to Sunday school or to visit grandma.

Burgess told The Beaufort Gazette she was glad she has received so much support from everyone.

"Community support has been more than I ever imagined," she said. "I was shocked to find out how many girls at all Beaufort County schools feel oppressed and discriminated against in the classroom."

Sexism of the Day: Get a Load of These Old Stewardess Advertisements

Vox dumped a whole bucket of cringe onto the Internet as they found several old adverts showing how the world used to see flight attendants in action.

Set your faces to wince.

Sexist PR of the Day: Netflix Prepares Us 1950s Stereotypes for a 'Day Without Sports'

If you're a man's man, you're probably freaking the f*ck out over the fact that July 15 is 'No Sports Day', at least according to this tantalizing piece of unnecessary gender politics nabbed by Jezebel.

On this of all days, there will be no sports on television.

You're probably hyperventilating already. If you are a dude, that it.

Netflix's PR, from the MLS Group, wanted everyone to know that there was a way to continue reflecting all of the anthropological archetypes that were popularized in 1990s stand up comedy.

Men be warned: girlfriends and wives around the U.S. are going to take "no sports on TV" as an invitation to gain some serious TV power – whether by recommending a favorite rom-com or multiple episodes from a favorite drama series. And, women be empowered! Sports will not be there to save him this time.

It offered suggestions for how you should continue to fulfill those engrained cultural archetypes for one day before everything can return to normal, hyper-gendered, everyday tranquility. The way to achieve that paradise can only be found in Netflix of course. It made sure to provide a separate list of alternatives for both the men and the women.

For the men, Netflix has put together a list of content that will help you and your girlfriend compromise on your entertainment:

It suggested Silver Linings Playbook, saying "Satisfy her need for romance, and you'll get the added opportunity to view Jennifer Lawrence the entire time."

Or prompted you to watch Rudy, saying "Get her to realize that everyone loves a good underdog story so you can watch some football..."

Or, don't worry because "just as an FYI - there's more than 50 of ESPN's 30 for 30 titles on Netflix if you plan to just stream on your phone or laptop while she takes over the living room."

It also gave comforting and scheming suggestions for all you sports-hatin' ladies out there.

For the women, this is your day, ladies. Get him hooked on some of your favorite TV shows or get him to finally watch that romantic comedy you've been dying to share with him. Netflix has put together a list of some of the best content to share with your guy on the one day a year the TV is yours, no excuses.

Though it just gave a list of films like One Tree Hill, Scandal, Grey's Anatomy, Parenthood without seeing the need to justify any of the picks.

Apology of the Day: Rosetta Scientist Sorry for 'Sexist' Shirt

We can land a spacecraft on a comet, but a man's shirt has become the big news story here on Earth. Physicist Matt Taylor was criticized this week for wearing a shirt with semi-naked women and guns on it during a livestreamed post-landing interview about the Rosetta Mission, deemed sexist and innaporpriate by many people, particularly women in science. And critics on Twitter voiced their complaints with #ShirtStorm and #ShirtGate.
But in a Google Hangout Friday with updates on the mission, a teary-eyed Taylor in a very neutral blue hoodie, apologized for the shirt.

"I made a big mistake, and I offended many people," he said. "And I'm very sorry about this." Meanwhile on said comet, the Philae lander sent back its first image from the comet Thursday, and it has begun drilling in order to reposition itself into the sunlight. But this maneuver could also make Philae do a cartwheel and possibly put an abrupt end to the mission.
Monday Thru Friday
Favorite 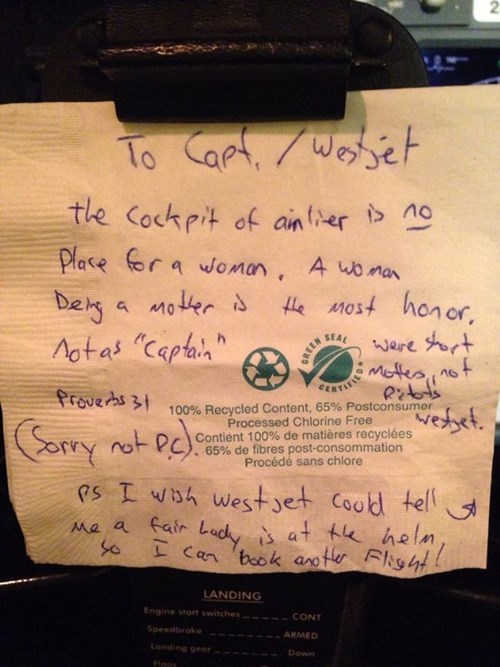 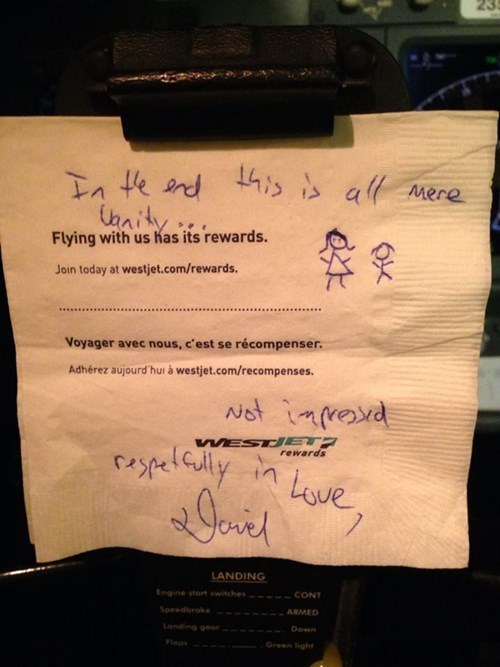 Upon hearing that his flight was being led by a woman, a passenger left this note for pilot Carey Smith Steacy. She posted photos of the note to her Facebook page, along with this response:
To @David in 12E on my flight #463 from Calgary to Victoria today. It was my pleasure flying you safely to your destination. Thank you for the note you discreetly left me on your seat. You made sure to ask the flight attendants before we left if I had enough hours to be the Captain so safety is important to you, too. I respectfully disagree with your opinion that the "cockpit" (we now call it the flight deck as no cocks are required) is no place for a lady. In fact, there are no places that are not for ladies anymore. I have heard many comments from people throughout my 17 year career as a pilot. Most of them positive. Your note is, without a doubt, the funniest. It was a joke, right? RIGHT?? I thought, not. You were more than welcome to deplane when you heard I was a "fair lady." You have that right. Funny, we all, us humans, have the same rights in this great free country of ours. Now, back to my most important role, being a mother.

Progressive Thinking of the Day: Ad Changes Perspective on Toys for Girls

Toy company, Goldie Blox, creates toys for girls that are outside the normal pretty-in-pink conception of what is appropriate for them. Their latest ad includes an extensive Rube Goldberg machine made out of traditional girls' toys set to a revised version of the Beastie Boys' Girls.

Sexist Pens of the Day

Clever Amazon reviewers are enlising sarcasm as a weapon against Bic's idiotic For Her line of pens. Here's one of the classics:

For years I had dreamed of penning a masterpiece and yet, when it came to that blank piece of paper the harsh offensive masculinity of the pen was just too intimidating. Finally it seems someone has actually considered what it is like to be female in this cruel world and how easily our little minds can be intimidated and denied the opportunity to do our life's work. Five stars. 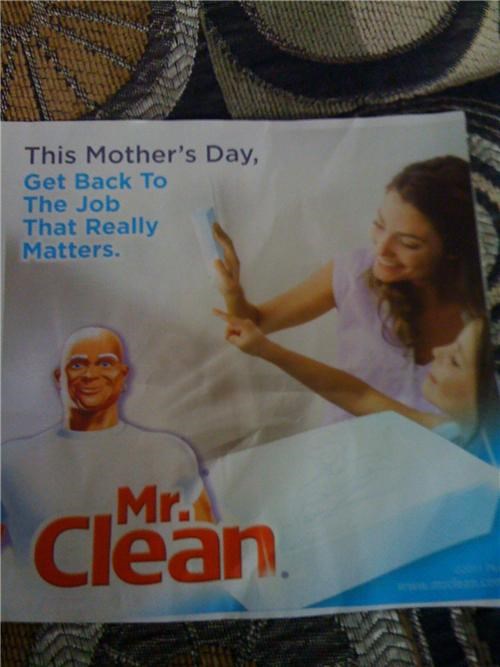 By Katie (Via lovingkatie.tumblr.com)
Repost
Recaption