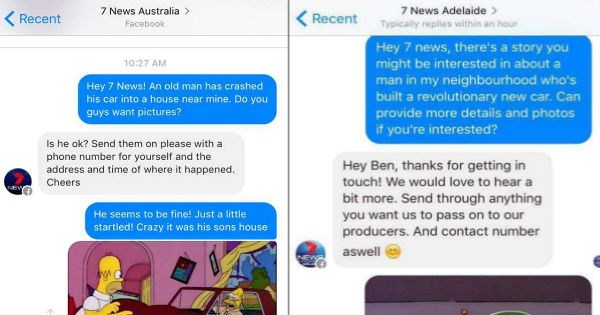 Simpsons Intro IRL of the Day

Behind the Scenes of the Day

Lady Gaga guest stars in the season finale of the The Simpsons, and though she's toured the world, the superstar admits that joining Matt Groening and the cast for recording was quite the tough gig:

I think I was more nervous than I've ever been, because I have so much respect for them.

Follow-Up of the Day: Springfield Isn't In Oregon?! 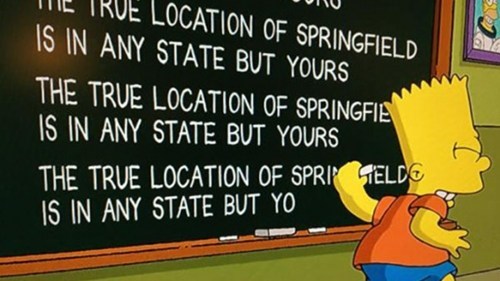 Apparently, everyone misinterpreted Matt Groening's interview with Smithsonian Magazine in which he said Springfield, Oregon, was the Simpsons' hometown. After Sunday night's opening credits teased, "Now entering Oregon," the show's producers took to Bart's blackboard in an ambiguous attempt at keeping Springfield shrouded in mystery: "The true location of Springfield is in any state but yours."

"I have no idea where the hell it is," Groening said. "Like all Americans, I flunked geography."

Big Reveal of the Day 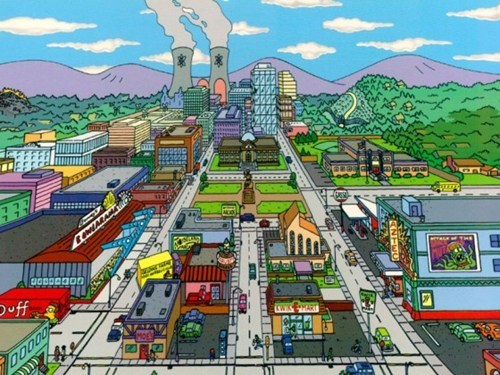 After 25 years, Simpsons creator Matt Groening spills the beans on Springfield: "Springfield was named after Springfield, Oregon. The only reason is that when I was a kid, the TV show Father Knows Best took place in the town of Springfield, and I was thrilled because I imagined that it was the town next to Portland, my hometown. When I grew up, I realized it was just a fictitious name. I also figured out that Springfield was one of the most common names for a city in the U.S. In anticipation of the success of the show, I thought, 'This will be cool; everyone will think it's their Springfield.' And they do." 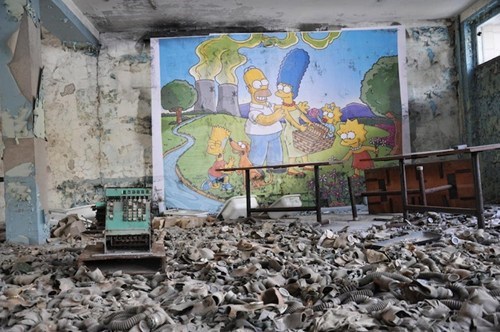 Combo, a French street artist, recently took his talents to Chernobyl, where he created a mural of The Simpsons picnicking as Homer's nuclear power plant looms ominously in the distance. Of note: hundreds of abandoned gas masks amid the debris.