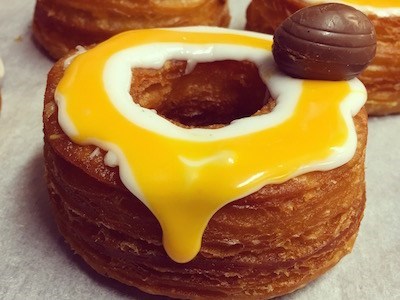 We're not sure what a crodough is, but it looks like a cronut with filling. It's a specialty of this UK bakery and they've taken it to a new level just in time for Easter candy. 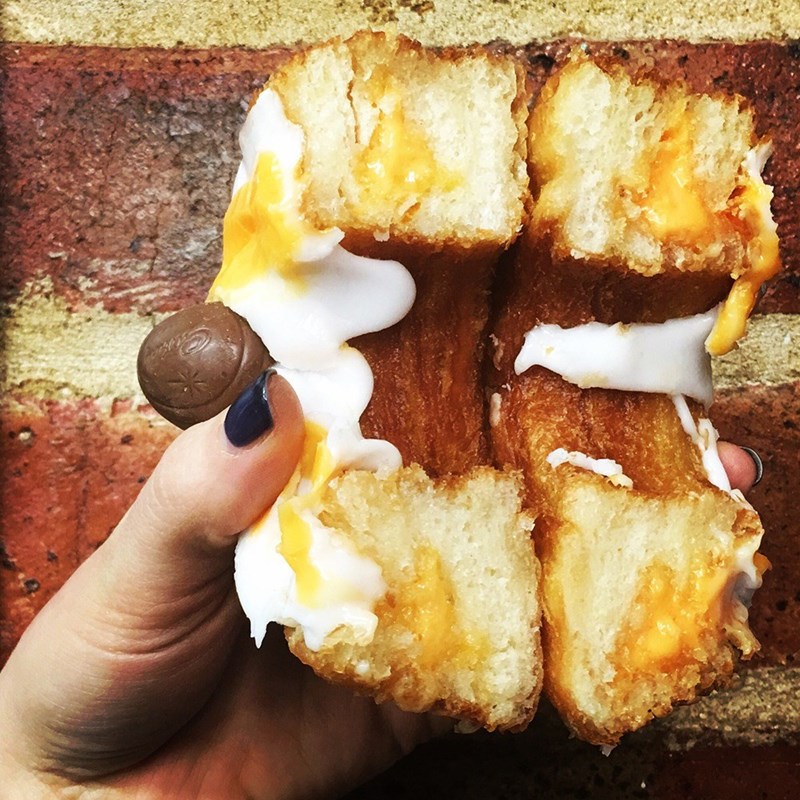 This is the Creme Egg Crodough. The makers of this delicious looking pastry recreated the Cadbury creme egg filling to add inside and on top of the 'crodough' and put a creme egg on top for good measure.

You can probably skip coffee with this sweet breakfast treat. By the look of it, you'll be riding a sugar high all morning.

Via gconetta
Repost
Recaption
Advertisement
The Daily What
Favorite

Viral Video of the Day: Ever Wonder What Will Happen When You Boil Coke?

Via CrazyRussianHacker
Repost
Recaption
The Daily What
Favorite

Fortunate Feline of the Day 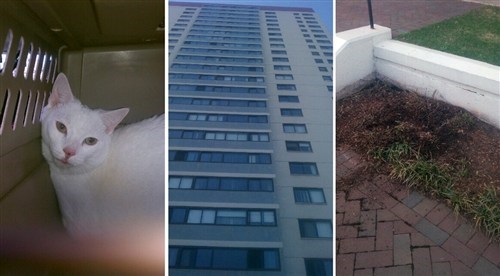 A cat named Sugar used up one of her lives yesterday afternoon to survive a harrowing 19-story fall.

Sugar reportedly plunged from her owner's Boston apartment, landing atop a small mulch patch that helped brace her impact.

"Whether cats can sometimes aim, so if it did it itself or if it was a combination of luck or both," said Animal Rescue League of Boston asst. manager Mike Brammer. "[I]t managed to hit that small patch of mulch, so it was very soft ground."

Also contributing to the cat's survival was a "flying squirrel"-like ability to glide, and the oddly calming effect of reaching terminal velocity. "[The sensation of falling] kind of levels out so they don’t feel as stressed and they relax a little bit," said Brammer.

Sugar's 32-year-old owner Brittney Kirk, who was tracked down thanks to a microchip embedded in the animal, said she left the window open so the apartment wouldn't get too warm for her cat.

She told MSNBC she was relieved to learn her cat would be all right, but not entirely surprised. "[I]f there were a cat to fall 19 stories and to be fine, I think it would definitely be Sugar, because she’s a pretty special cat."