Who knew geckos could be this cute and happy? Meet Kohaku, a leopard gecko who won the hearts of many on Instagram and Twitter after "full time animal mom" ,Taylor Nicole Dean, shared pictures of him and his plastic gecko toy. So if you're feeling stressed today, here's a treat for ya! 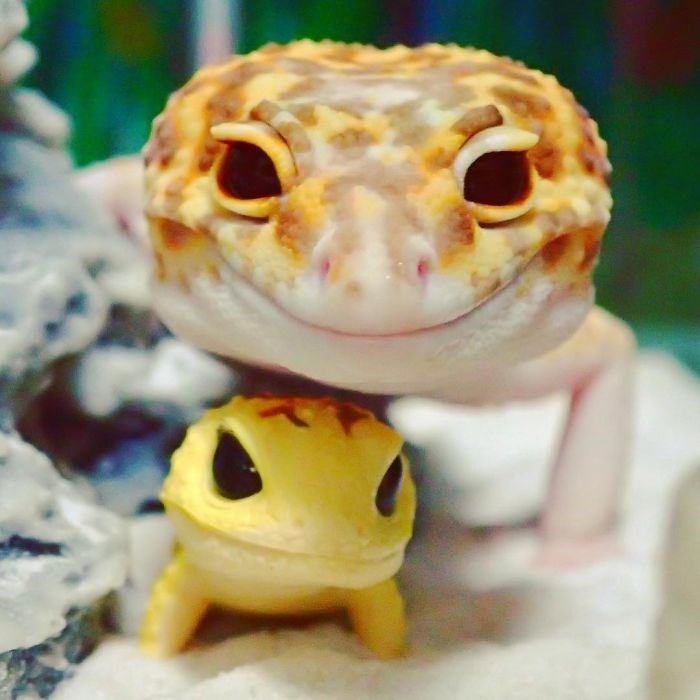 Controversy of the Day: Mother Finds a Slave Figurine in a Pirate Play Set She Bought for Her Son 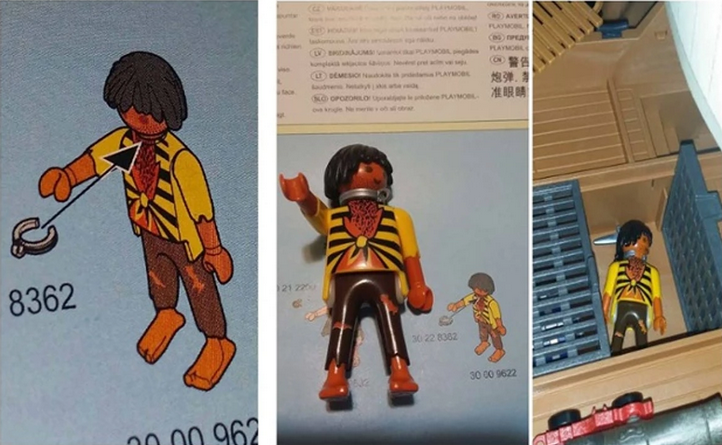 What a bummer of a birthday — First you find out your present is deeply offensive, then your mom takes it away.

A California mother bought her son a Playmobil pirate ship play set as a fifth birthday present. What she didn't expect to find inside was a slave figurine, complete with a chain collar and a dungeon.

Ida Lockett of Sacramento, Calif., said her 5-year-old son received the toy as a birthday present, and when she was helping him assemble it, she noticed the instructions — telling her to put a play shackle around the figure's neck.

"This right here was found on his neck," she told CBS Sacramento about the piece.

"You cannot have this specific accessory and call it anything else. The fact that you can Google it, look it up, say what it is — it's a slave collar."

The toy's instruction manual shows a dark-skinned doll wearing no shoes, ripped pants and a tattered yellow shirt and directs the assembler to pop the silver piece around its neck. The ship appears to include a dungeon.

Playmobil told The Washington Post that the figure was supposed to be an escaped slave.

Well then why are there instructions to collar another human being? It's indisputable that this is historical, but there is a whole shi*tload of historical atrocities that we don't make toys out of. So let's leave the unwilling enslavement, torture and death of millions of people for centuries out of play time, huh?

It is sad that this boy can't have his present, though. We're sure he got something better.

No!! Not yet I just told him I'm talking it back!! 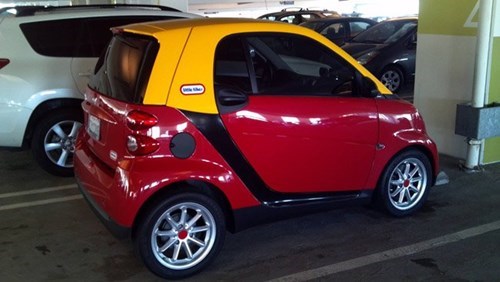 I think it's safe to assume that a child of the 80s or the 90s is driving this car. 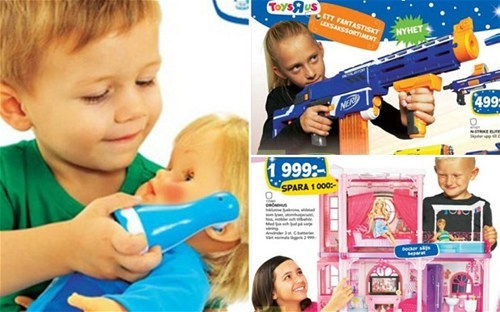 Shut Up and Take My Money of the Day: Heroes of Science Action Figures

Check out this stellar line-up of modern scientist action figures designed by digital artist Russell Gawthorpe. According to his DeviantART profile description, Gawthorpe spent about 50 hours on Photoshop to revamp his collection of Star Trek action figures into the most famous scientists of the 20th century. While there is no plan for production yet, people's reaction on Twitter may change that in the near future. Hat tip goes to CBC.

Shut Up and Take My Money of the Day: Lifelike Robofish