As we all know, Twin Peaks, David Lynch’s surreal soap opera, will be making its return next year, and we’re all holding out hope that it’ll be good.

The show, which peaked in popularity during its first season but steadily declined into some of the worst television ever midway through its second, following David Lynch’s departure, will be getting a reboot thanks to Showtime and unwavering fan devotion.

Of course, this isn’t the first Twin Peaks revival. The show’s movie prequel, Fire Walk With Me, saw the director going full Lynch and was infamously booed at Cannes in 1992. However, this has not quelled fan desire for more.

The director has been cagey about details regarding the series, and that continues with a new teaser, which is just a few seconds director eating a donut. That should get excitement brewing for sure. Regardless of what this new series ends up being, though, at least we’re getting 10 hours of David Lynch directing moving images. Worth it.

@TwinPeaksArchve @YouTube I hate trailers that show you too much...

Trailer of the Day: When It Comes to The Mummy Reboot, Twitter Stands with Brendan Fraser

There are two types of people in the world: Those who stand with Brendan Fraser and everybody else.

The lines were drawn yesterday as Universal Pictures released the trailer for 2017’s The Mummy, a reboot of the 1999 action-adventure series and, apparently, the first in a totally-unnecessary and confusing “Universal Monster Cinematic Universe.” But more than anything, this is a Mummy movie not starring Brendan Fraser.

The film, which also stars Russell Crowe is playing Dr. Henry Jekyll, is obviously setting up a Jekyll and Hyde movie at some point in the, again, totally unnecessary Universal Monster Cinematic Universe. This sounds like Hugh Jackman’s Van Helsing all over again. But let’s just say, if Brendan Fraser doesn’t show up in that, we’re not going to be happy.

It would be one thing to be going back to the mummy’s roots and wrapping this bad boy in bandages and stuff, but what we’ve got here is a repackaging of the Fraser Mummy. The Fraser-heads are not having it.

The world’s a scary place, but when Slender Man is involved, it gets even scarier.

Exploring the sorted history of the Internet folktale Slenderman, HBO’s new documentary Beware the Slenderman details the real-life, horrific consequences of Internet myth-making. The trailer gets into the spread of Slenderman and how a meme can lead to violent crimes committed by children.

Part Making a Murderer, part The Nightmare, Beware the Slenderman looks like it’ll be the scariest documentary of the year.

Preview of the Day: Controversial Ghost in the Shell Trailer is Almost Here

Despite what many on the Internet would prefer, not only is the Ghost in the Shell movie starring Scarlett Johansson happening, but also there’s a trailer on the way. In this blink-and-you’ll-miss-it clip, we get a glimpse at some of the film’s effects, style, and, of course, controversial lead actress.

As you’ll remember a few months ago, the casting of Scarlett Johansson set off a bit of wild fire in the online community with claims that Ghost in the Shell was guilty of whitewashing. It’s hard to discount those claims when, yet again, an Asian role was given to a white actress, a bit of a tradition in Hollywood movies. The film’s producer came out and defended the film’s “international story,” but with this being such a common occurrence in Hollywood, it’s hard to ignore the problem.

Anyway, enjoy the teaser, if you can! The full trailer drops on November 13.

In the meantime, check out Last Week Tonight with Jon Oliver's "Hollywood Whitewashing: How is this Still a Thing?"

Watch the Trailer for 'Legends of the Hidden Temple', a Cheesy Kid's Movie You Will Probably Still Watch Because of Nostalgia

At least they were accurate about how hard it is to assemble that stupid Shrine of the Silver Monkey.

Maybe make sure your boss isn't watching over your shoulder when Mystique appears onscreen, though. 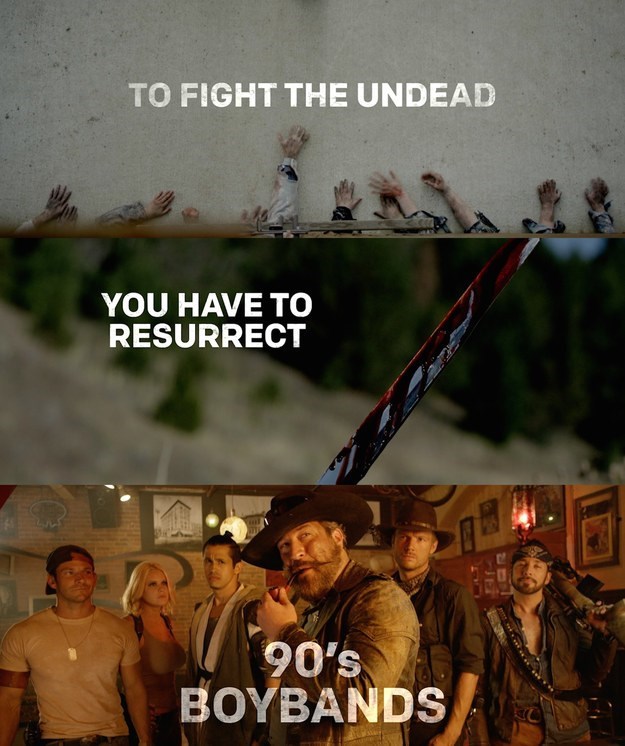 Yes, you heard that right. The same people who brought you Sharknado are bringing Backstreet back. Apparently, this glorious piece of cinema is the brainchild of none other than the Backstreet Boys' Nick Carter. Joining him will be AJ McLean and Howie Dorough as well as Joey Fatone and Chris Kirkpatrick of NSYNC, Erik-Michael Estrada, Jacob Underwood, Trevor Penick, and Dan Miller from O-Town and 98 Degrees’ Jeff Timmons.

Check out the trailer below:

Jesse Eisenberg talks about what it was like to play Lex Luthor but he still can't reveal the secret of what's underneath that awful hair.

An international trailer has also been released recently for Batman v Superman that shows some new footage:

J.K. Rowling Is About to Release a Lot of New Information About the History of Magic in North America

In preparation for 'Fantastic Beasts and Where to Find Them' which is set in the U.S., J.K. Rowling plans to release four new segments of writing about the history of magic in North America. The video description hints that tomorrow's piece will reveal more information about Ilvermorny, the magical school in North America. According to Pottermore, each piece will be released at 2pm GMT:

The first instalment of this exciting new series is called ‘History of Magic in North America’ and will be published on Pottermore in four pieces, starting tomorrow at 2pm GMT. Another piece will be revealed each day at 2pm until Friday 11 March.

This fan-made trailer finally touches on the part of Back to the Future we really wanted to see, how Doc got involved with a Libyan terrorist group. The editor included a list of all the movies that were used to make this video. See if you can recognize all of them:

This was made using clips from: Back to the Future, My Favorite Martian, Camp Nowhere, Things to Do in Denver When You're Dead, Dennis the Menace, Zero Dark Thirty, Argo, The Sum of All Fears, Syriana, Iron Man, Dazed and Confused and Munich.

Finally, They Made the Straight to DVD Sequel to 'Kindergarten Cop' That No One Has Been Waiting For

So 26 years after the beloved 'Kindergarten Cop' starring Arnold Schwarzenegger they finally got around to making the sequel. The trailer for 'Kindergarten Cop 2 ' just dropped and people are BEYOND excited about it.

The trailer has certainly gotten quite a reaction out of people. Mostly shock and disappointment, but those are reactions. 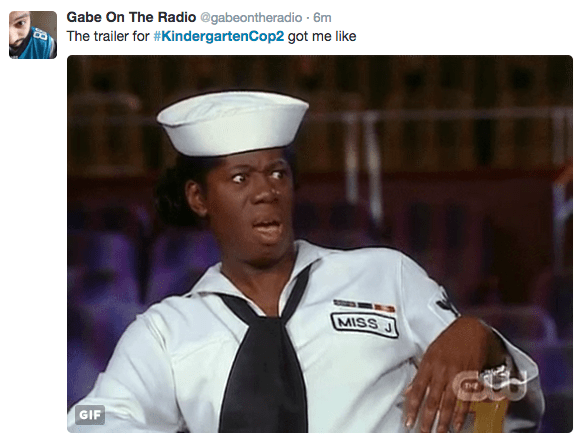 When can you see this gem? It's coming out May 17. No need to pre-purchase your tickets because this masterpiece of cinema is headed straight to video... Well, DVD and Digital. At least that part of the production is up to date.

So this is... not the trailer? Just a teaser to announce that the trailer will arrive on March 3rd of this year. This teaser suggests a grittier, spookier version than the originals. Then again, it is a comedy so hopefully it won't be taking itself too seriously. 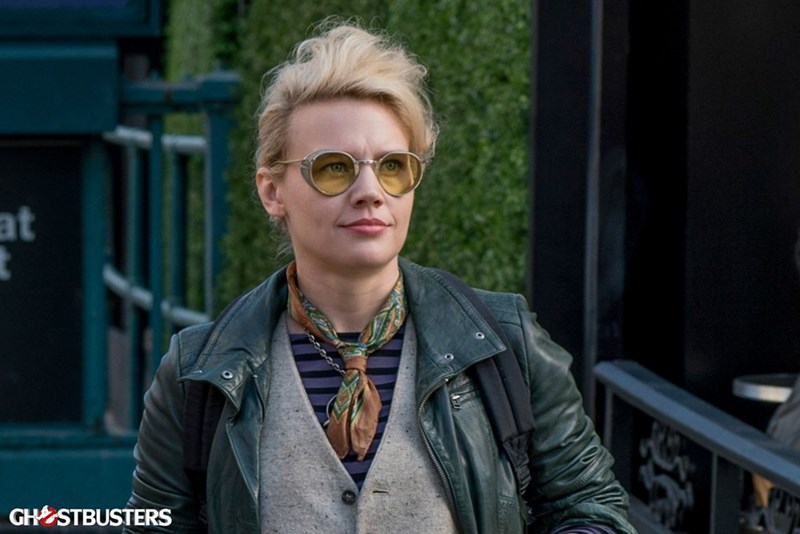 A reboot is in the works for the popular late 90s/early 2000s Cartoon Network show and this is the first clip. Fans remember the TV show fondly for its delightfully weird villains, messages of 'Girl Power' and the occasional, not-so-hidden innuendo. If this clip is an accurate preview of what is to come then it promises to stay true to what made the Powerpuff Girls great.

After all, taking on the Patriarchy is nothing new from this cartoon favorite. 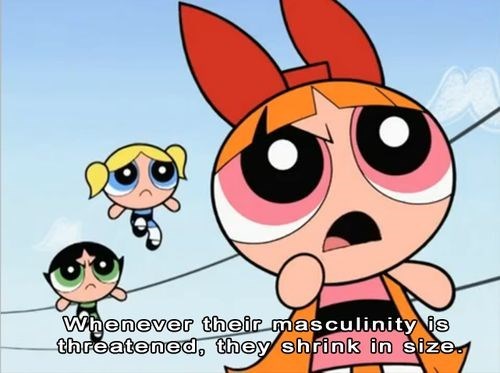 Get Ready for Catchphrases and Feelings, the Fuller House Full Trailer Will Really Capitalize on Your Nostalgia for the 90's

It's getting closer and closer to the release of the reboot of that 90's kid favorite 'Full House'. Now a full trailer has been released. The show is expected to debut on Netflix on February 26th this year.

John Stamos has already covered exactly what to expect from the show in an interview. Basically, expect Full House:

Batman and Superman both think they're right to fight each other. It doesn't seem like we're getting anything new in these 30 second TV spot trailers but they are definitately encouraging you to pick a side.