When the presidential race is all too much and you can't stand to hear another hate-filled speech, there's always TrumpDonald.org.  Will it fix anything? No. But it will make you feel better. 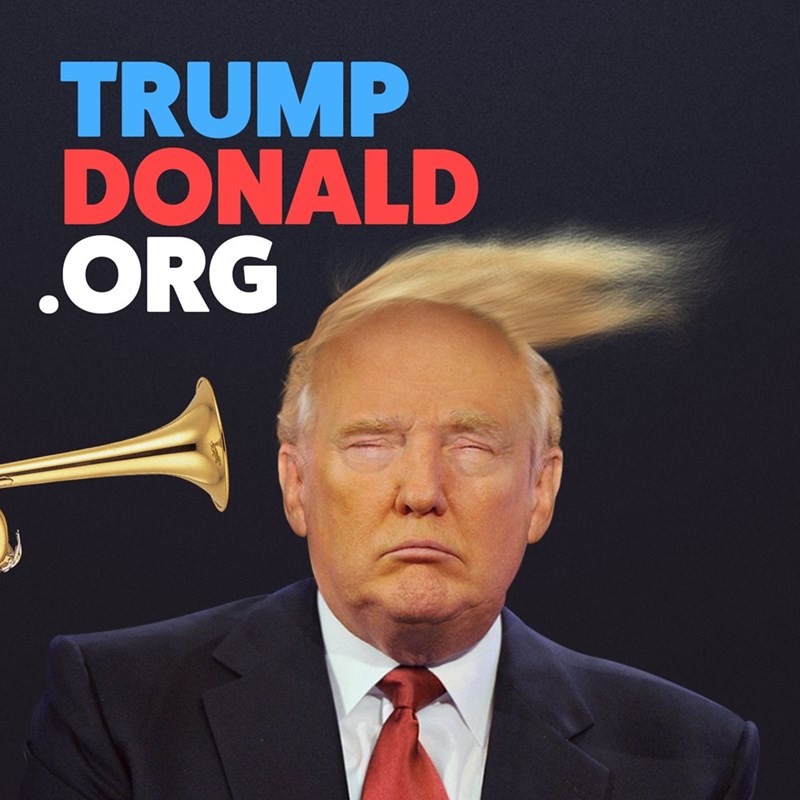 Just toot that horn and instantly feel your troubles blow away like what's left of Trump's awful hair.

Militiamen in Oregon Are Literally Tooting Their Own Horns Now

Blaine Cooper, one of the men heading up that militia in Oregon you've probably heard so much about just posted this video on his Facebook page. The caption he added goes as follows:

SHARE UPDATE BURNS OREGON! CHRISTIANS THE BATTLE TRUMPET HAS BEEN SOUNDED TIME TO RISE! CALL TO ACTION SEND IN THE TROOPS TO STAND WITH US IN BURNS OREGON!

There's a lot to love about this video. The whimsical, out of sync tooting sounds as the two gentlemen keep running out of breath but JUST KEEP TRYING FOR THE SAKE OF FREEDOM, for example. Or the fact that those are not really trumpets, more like horns. Some might even say it looks like a shofar, a musical instrument traditionally used by Jewish people to celebrate Rosh Hashanah which doesn't have a lot to do with ranchers making a call to arms to take over federal land but to each his own.

For reference, the instrument they are playing doesn't always sound so silly.

Inspirational Story of the Day: Boy With No Arms Plays the Trumpet

Jahmir Wallace was born without arms, but that hasn't stopped him from pursing his dreams. After seeing his sister play the piano, he decided that he should try out an instrument.

His school and community happily support him and even made him a special stand to play the trumpet with his feet.