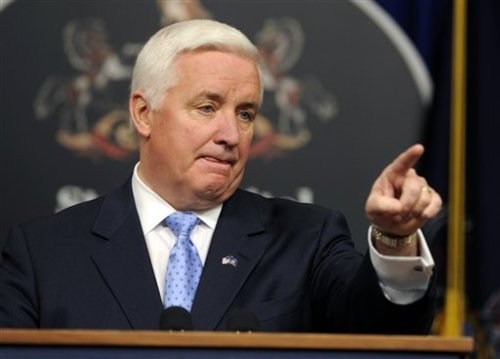 Asked at a press conference about Pennsylvania's rendition of the anti-abortion bill that requires women to undergo an ultrasound prior to the termination of a pregnancy, the Keystone State's Republican governor, Tom Corbett, told a reporter that he didn't feel the legislation went too far because it "exterior not interior" and he wasn't making women watch.

"I don't know how you make anybody watch," Corbett said. "Because you just have to close your eyes."

Not surprisingly, this didn't sit well with Democrats, who slammed Corbett for showing "a lack of understanding of medicine and women's reproductive health issues."

"It's unthinkable that he would so casually dismiss this by advising women to just close their eyes," said former Pennsylvania congressman Patrick Murphy. "Gov. Corbett's comments are disturbingly offensive, insensitive and out of touch."

Some 10 states are currently at varying states of debate over a similar ultrasound bill. 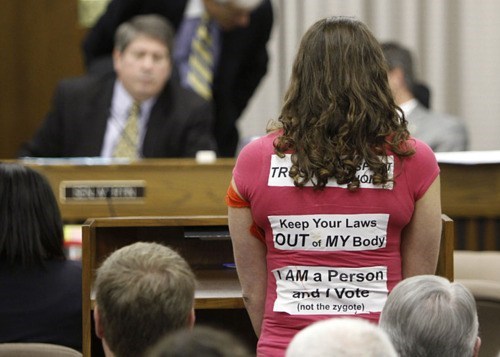