The White Island Volcano, off of the coast of New Zealand, known as Whakaari, erupted on Monday December 9th. The tourism hotspot had a number of boats and tourists in the area, and unfortunately around 50 people were on the island at the time of the explosion. So far authorities confirmed 6 dead and 29 in intensive care with burns ranging from 40 to 95%. Rescue efforts are stymied as the volcano has shown signs that another eruption is imminent, and there a number of people still missing.

Hospitals have ordered 1.2 million square kilometers of skin in order to make sure to have enough to treat the patients, and any additional patients that may be discovered. These are some glimpses of the explosion and aftermath. 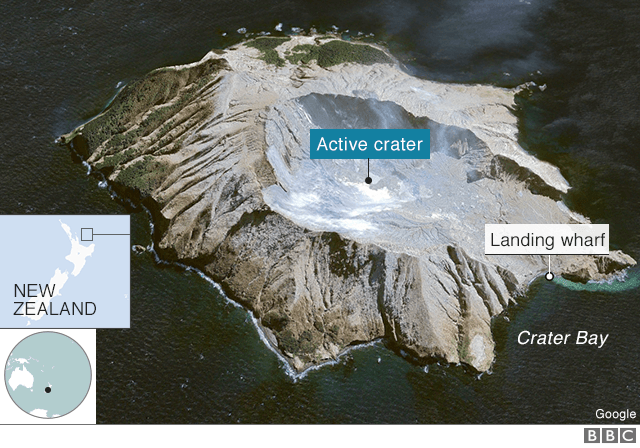 Twelve Awesome GIFs From This Week

Every day is an opportunity for more GIFs, and the good people of the internet provide. We scoured the corners of the internet to find the very best GIFs that came out this week - and what we found didn't disappoint (here are last weeks best GIFs, if you want to spoil yourself). At all. Enjoy folks! 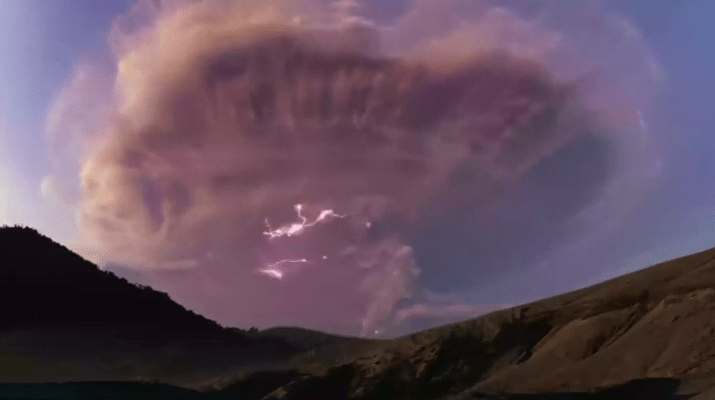 Nature of the Day: A Patagonia Volcano Unleashes a Torrent of Impressive Ash Cloud Lightning

We can never get enough of the truly awesome spectacle of nature's destruction.

That's where this new video showing some lightning rattling the sky in one of Patagonia's beautiful volcanoes.

Early this year we were treated to a another dramatic showing when the Calbuco volcano spewed an ocean of ash and smoke into the atmosphere.

Nature is so cool.

Eruption of the Day: Japan's Mount Aso Surprised the Country with Ash and Black Smoke 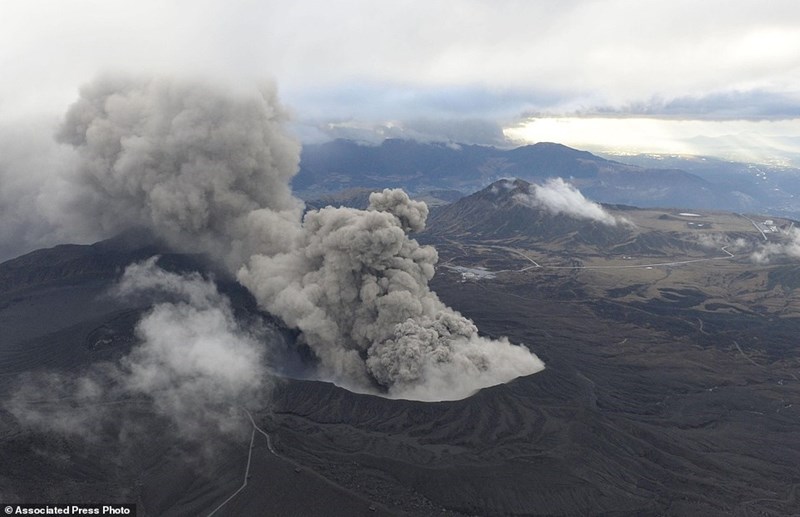 A few unlucky hikers were caught in one hell of a big surprise as the volcanon on which they were traveled erupted suddenly, Sept. 14.

Thankfully, no injuries were reported from enormous burst of black smoke and ash that rose up to 1.2 miles in the air.

The 1,592-metre (5,222ft) high Mount Aso is one of the most active peaks in Japan but also a popular hiking spot. There were a handful of people at a parking lot near the peak but they were being evacuated safely, officials said on Monday. They said the eruption had come without warning.

The Guardian was also kind enough to provide a handy map so you know where this happened: Here's a video of dat ash:

There is a nearby nuclear plant, but officials have said that it remains unaffected by the surprise eruption.

Nature of the Day: Watch the Calbuco Volcano Erupt in Chile

Chile’s Calbuco volcano erupted multiple times Wednesday night for the first time in over 40 years, turning the sky into a scene straight out of Hell.

The eruption was captured in some pretty amazing video footage and photos. Watch the clip above as ash pours out into the red sky while lightning flashes in the background.

4,000 people have been evacuated from the area, including 1,500 residents from the town of Ensenada, after Chile’s National Service of Geology and Mining (Sernaageomin) issued a “Red Alert.”

“There was a lot of panic, lots of chaos, traffic jams, people going to supermarkets, everyone looking for water, trying to take out money from the ATMs,” said one witness according to CNN.

The volcano last erupted in 1972, according to the Associated Press, and another volcano, Villarrica,erupted back in March.

So far there have been no injuries or deaths reported, said Interior Minister Rodrigo Peñailillo, but some flights have been cancelled.

Awesome Act of Nature of the Day: The Eruption of Mount Tavurvur in Papua New Guinea

Via bacobjee
Repost
Recaption
The Daily What
Favorite

GoPro Video of the Day: Crazy Man Hikes Into an Active Volcano

Via Sam Cossman
Repost
Recaption
The Daily What
Favorite

Mount Etna, Europe's most active volcano, erupted sending ash and chunks of lava rock down on the Northeastern part of Sicily over the weekend.

Volcanic Yoshi Cloud of the Day 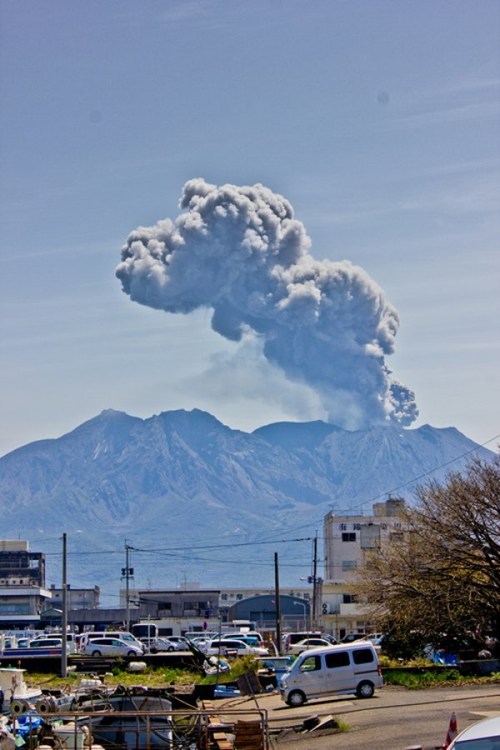 A strong Yoshi front moving in from the north suggests cloudy, with a chance of Mario.

College-Level Volcano Project of the Day

Syracuse University has blown right past baking soda and vinegar in pursuit of "creating a geomorphologically accurate lava field."

Well, it's safe to say that YOU BUILT A F*CKING VOLCANO.