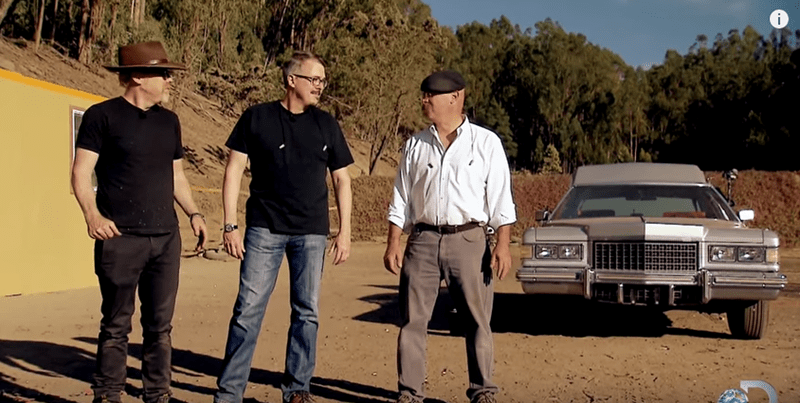 Via ERB
Repost
Recaption
Advertisement
The Daily What
Favorite

Walter White IRL of the Day 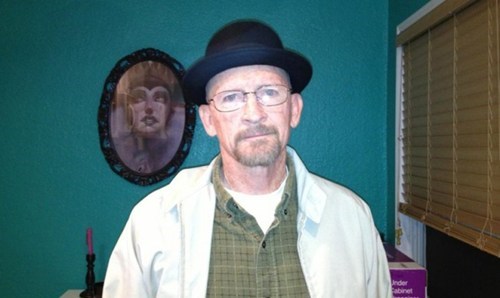 He has a masters in chemical engineering, used to teach high school chemistry and three years ago he was diagnosed with terminal cancer which is now in remission. Last night I was able to convince him to go to a Halloween party. Reddit meet my father.

Let's give these two the benefit of the doubt because on this crappy morning, we need to believe in something.

Bonus: Here's a pic of the father-son duo as Walter and Jesse. 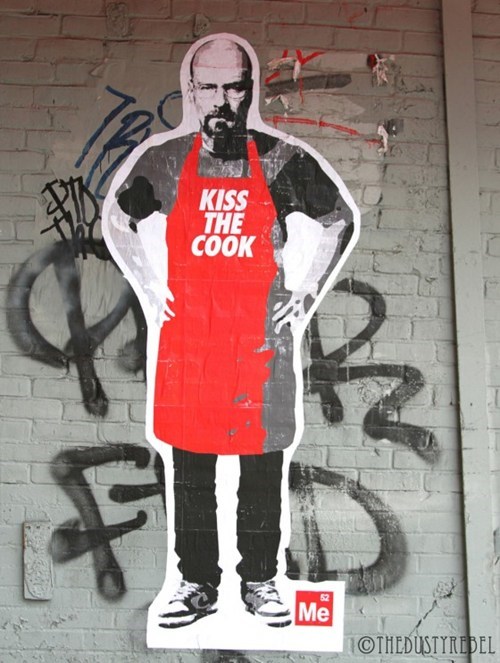 From street artist ME, spotted on Rivington Street in NYC.

Faking Bad of the Day

This is how Bryan Cranston turns into Walter White/Heisenberg, courtesy a short-lived talk show from 2011 billed as "The Tonight Show of Albuquerque, New Mexico."

Celebrity Endorsement of the Day

Whoever Maxwell Ulin is, the kid's got some powerful friends. Watch your back, Summer Kennedy!