Just landed at Fort Lauderdale Airport but don't know the best way to get out? Don't fret, this guide will explain everything. When returning home, have a look at how to get back in time for the flight. If stopping at JFK on the way home, see this article for how to get out of JFK Airport. 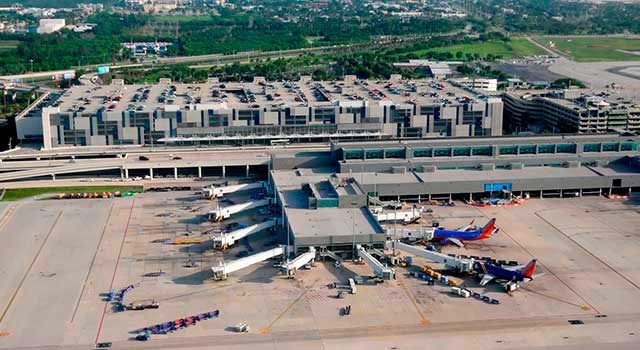 Apparently, the person behind Obvious Plant took a little vacation recently because he dropped off this fake guest book at a Florida AirBnB. These people's reasons for visiting Florida will inspire you to hop on a plane right now to spend some time in the sunshine state. Or, maybe you'll want to stay far, far away from there. Either way, these testimonials are worth the read. 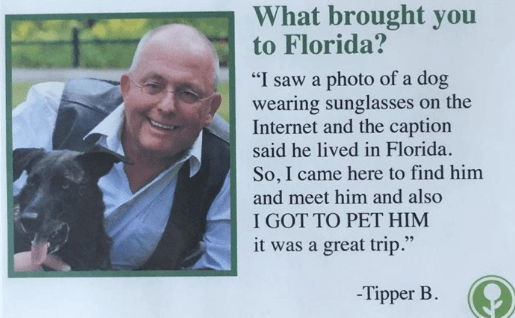 The comedian under the name "Obvious Plant" is back, this time with a fake guestbook in a Florida Airbnb in which he pretended people shared why they came to Florida. The results are hilarious! Via: Rearfront 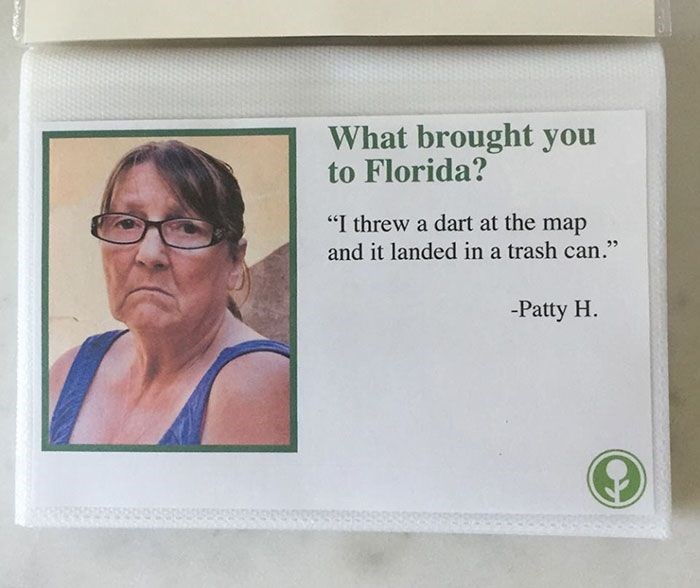 32 Of The Craziest 'Florida Headlines' Of The Year (So Far)

Just a quick reminder that the following thirty-two headlines below, are all for this year -- and it's only August! So we're sure some more goodies will be coming on our way in the very, very, very near future.

Sit tight folks, we're in for a wild ride! 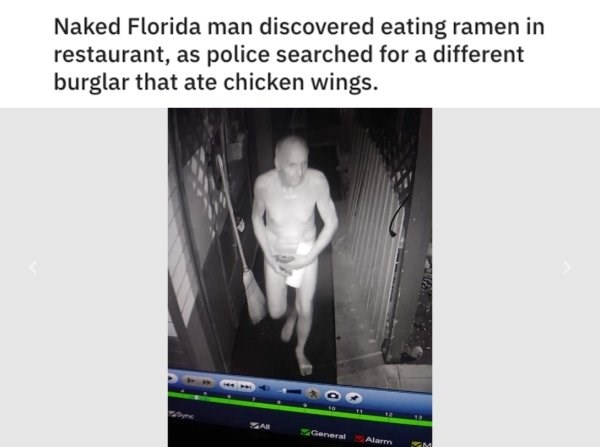 Thank You Florida, Now For Something Completely Different: An Alligator in Yoga Pants

You almost wish this headline was just click-bait. But unfortunately (or fortunately depending on how you see it), this actually happened. A routine traffic stop turned bizarre is this week's Florida headline. A couple was pulled over in May after running a stop sign, and deputies asked them what they had been doing, and they responded searching for frogs and snakes to collect. The deputies asked them if they had any other creatures in the truck, and that is when things took a turn for the weird.The woman had over 40 turtles in a Ninja Turtles backpack, which was definitely an eye-opener. But that is not what shocked the officers.

The woman in the truck, Ariel Le Quire, after being asked if she had anything else, promptly pulled a foot-long alligator from the yoga pants she was wearing, and placed it in the bed of the pickup truck. The pair were cited and a judge found little humor in her stunt. sentencing Le Quire to 6 months probation, 200 hours of community service, and required her to pay $500 to the Florida Fish and Wildlife Conservation Commission. This was all for charges of possessing an American Alligator, transporting more than one turtle or turtle egg, one count of possessing a soft-shell turtle, and one count of possessing more than one turtle, per day.

The woman was also homeless at the time, so it is uncertain how the court expects her to pay the fine. But internet ridicule is sometimes a better teacher than any monetary penance could be. 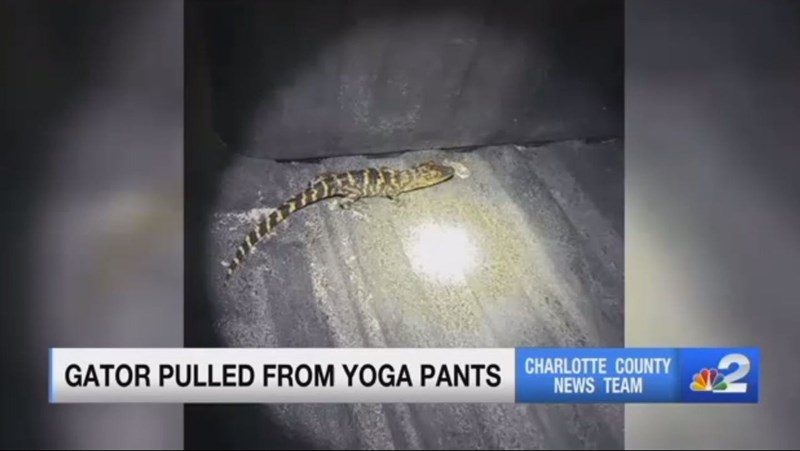 A Florida man was found biting off pieces of a man's face in Martin County, Florida. Apparently, he fatally stabbed a couple before biting off their faces, as you do normally in social situations if you live in Florida.

The explanations seem pretty reasonable to me... 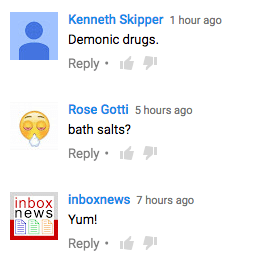 ...but there's always this one: 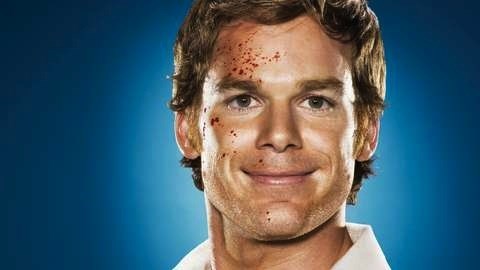 A Fever of Stingrays Were Spotted Swimming Near Tampa, so Maybe Don't Go in the Water

In case you didn't know, a group of stingrays is called a fever! They swim in large groups like this when they're migrating. Want to know more? This video from CNN thoroughly explains.

The video spotlights people and recognizable places from around Orlando, and urges folks from Orlando to dance/donate to OneOrlandoFund.

"For our city, for unity, for pride and for our fallen friends who were lost while doing what they loved," Keep Dancing Orlando wrote on their Facebook page.

A Florida Golf Course Is Home to a Giant Alligator, and Apparently That's Totally Normal

This monster was spotted lazily strolling around at the Buffalo Creek Golf Course in Palmetto, Florida. A pro shop worker for the golf course, Wendy Schofield, told 3 News that he's been there for a while. She said, "He doesn't bother anybody and they don't bother him, he's like a mascot for the course, which is owned by Manatee County."

So it's fine that basically a dinosaur is roaming around the golf course. Let's just hope that someone doesn't get eaten trying to take a selfie with him now that his existence has gone viral.

This 'Cool Mom', in Florida of course, arranged for a stripper to be the entertainment for her son's 8th birthday party. That's right, the child was turning 8-years old, and she got him a stripper.

In the long run, it's debatable which would be more damaging later in life, a stripper or a clown at your birthday party. My money would be on the stripper (literally) though.
The Daily What
Favorite 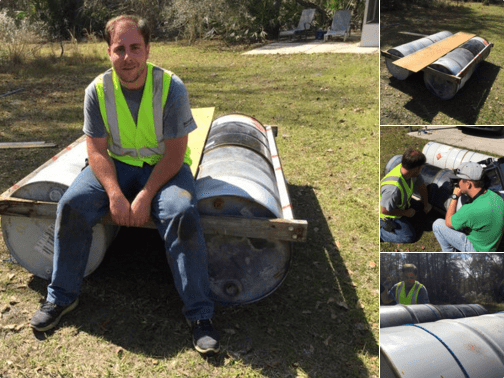 Florida mayor Clint Johnson was inspired by the struggle of Cuban immigrants who travel to Florida by raft and decided to try it himself. He told The Guardian, "My plan is to go down [to Cuba] and build a raft and come back to Florida on it."

His trip has gotten some support for the attention it's bringing to the danger that Cuban immigrants face. 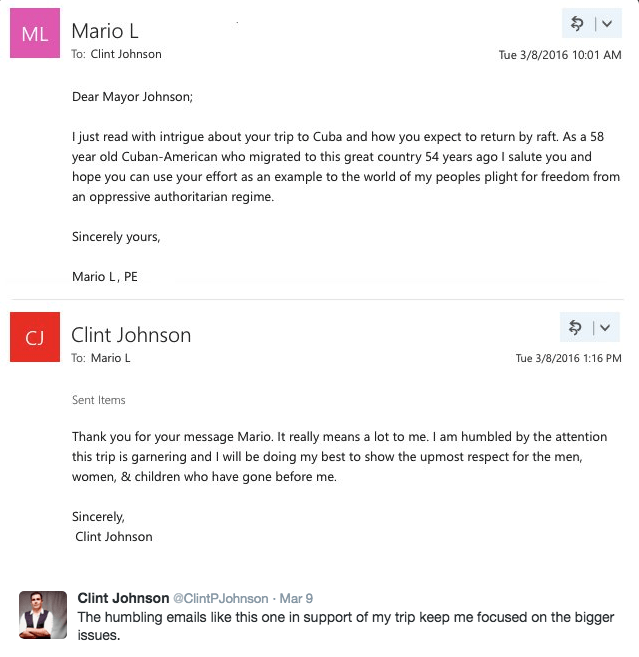 And he's managed to build a test raft and get it to float. 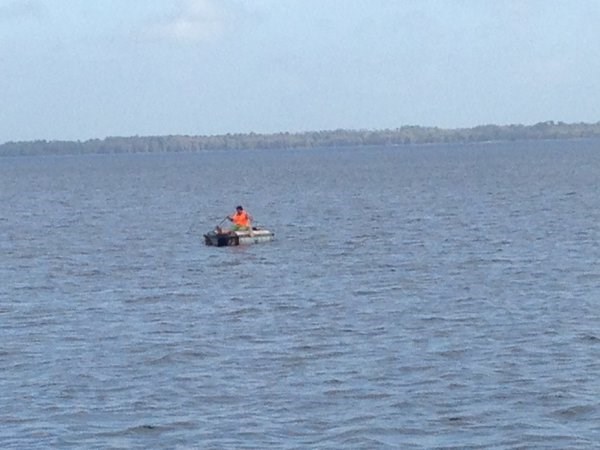 
But he's having some issues with the boat, although it seems to be floating safely so far.

According to Mashable, the trip from Cuba to Florida could take anywhere from two days to a whole week depending on the circumstances.
Advertisement
The Daily What
Favorite 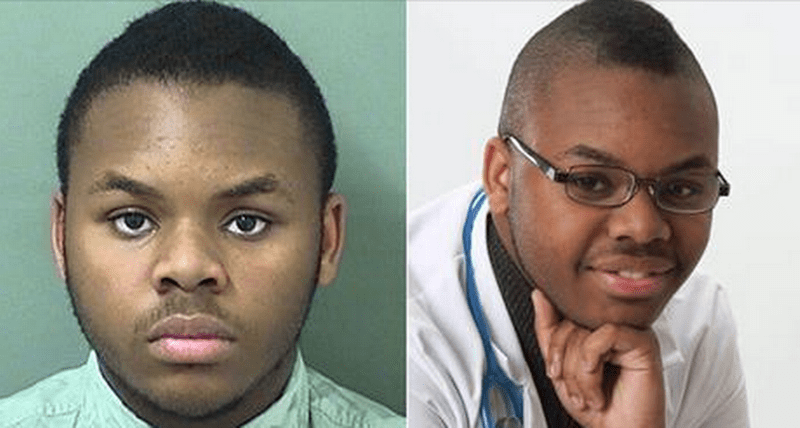 As it turns out, you need a substantial amount of schooling to become a medical doctor. 18-year-old Florida teen Malachi Love-Robinson has been arrested for trying to skirt around that fact by simply impersonating one. According to the Charlotte Observer, this case is connected to a mysterious teen wandering the halls of a West Palm Beach hospital dressed as a doctor one year ago.

This time it seems that he opened his own clinic. He went under the name Dr. Malachi A. Love-Robinson PhD, HHP-C, AMP-C according to his profile on the website for his clinic the New Birth New Life Medical Center and Urgent Care LLC.

For those of you unfamiliar with medical certifications, HHP-C and AMP-C mean... nothing. But they do help him sound important!

The website for the clinic he allegedly started is still active. It even has a picture of the doctors who work there that are definitely real people and not at all people dressed as doctors in a stock photo. 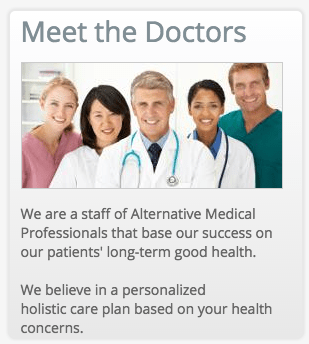 Love-Robinson is charged with practicing medicine without a license and is being held on $6,000 bail at the Palm Beach County Jail.

UPDATE: Love-Robinson is out on bail and has done a very evasive interview:

Florida Man Threw an Alligator Into a Wendy's Drive Through

In October, Josh James of Jupiter, FL threw a three and a half foot alligator into the drive through window of a local Wendy's restaurant. The authorities finally caught up with him and he has been arrested because apparently you're not allowed to go around town slinging large, dangerous reptiles at people.

Why would someone throw a three and a half foot alligator into a fast food restaurant? His mother told WPTV, "He's a prankster.  He does stuff like this because he thinks it's funny".

Can You Maintain Anonymity After Winning Powerball? 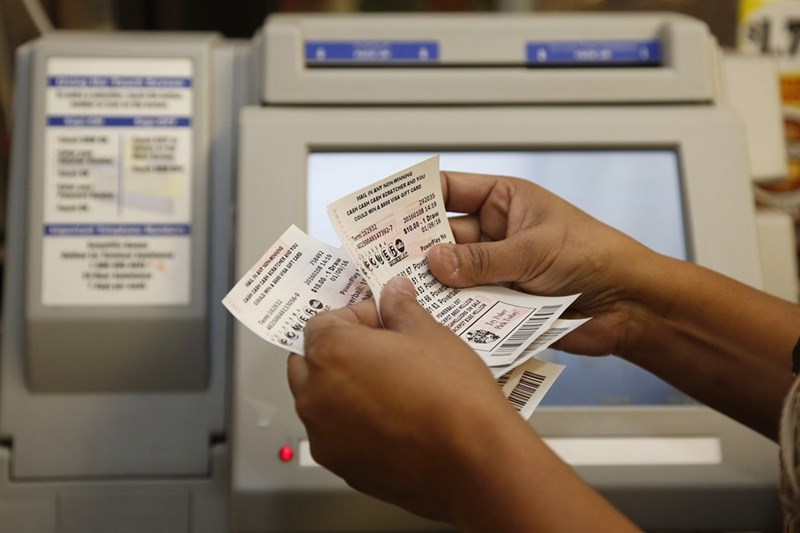 Power changes people man, but what about $1.5 billion? After another dry weekend the potential Powerball winnings (if anyone actually wins this thing) surpassed the billion dollar milestone. Like, holy sh*t right?

All cross the world, wide-eyed folks young and old daydream, drool, and converse at length on what they'd spend that bag of gold on. Some with outlandishly ill-thought out plans like this dude, that inspired one of the better memes we've seen in a hot minute:

Then we have David Swain. The humble Floridian mechanic bloated with big dreams, who is convinced he has the 'golden ticket.' He's come out as saying he'd want to keep his winnings secret, and can you blame the guy?

Many of us can remember that rapid evolving sequence of chaotic events in 'Charlie and the Chocolate Factory' when he happens upon his golden ticket. People pretty much go buckwild, running around like a bunch of cracked out headless chickens, and Charlie's probably caught in some twisted limbo where he's not sure whether life's awesome, or he's about to get killed.

Well Swain inspired Flagler County attorney Michael Chiumento to draw up a solid list of recommendations for any Floridian who might become a multimillionaire after those numbers are drawn.

"If your goal is to remain anonymous, you're going to need to form a trust, partnership or corporation, in which your name is not on there," Chiumento said.

"A Powerball winner should first sign the back of the ticket, then make a few copies and put it in a safe spot," Chiumento said.

A big thanks to Chiumento, and a good luck to everyone else out there for the epic drawing on Wednesday.

Florida what are you doing with yourself? This woman puts on quite the show. At times this almost looks like a frickin spar, and her some sort of untrained Ronda Rousey knockoff. 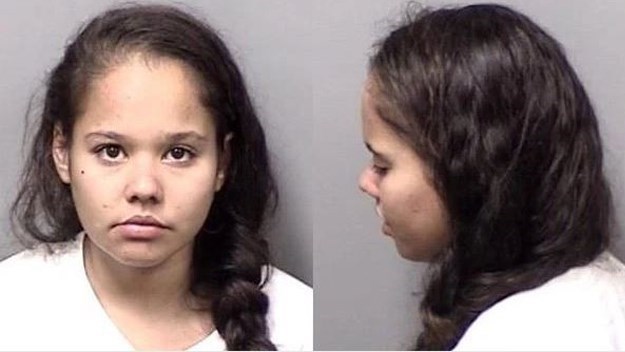 Brought to you fresh and fried out of Lecanto, Florida, The Citrus County Sheriff's Office arrested a woman on shoplifting and drug paraphernalia charges. She was apprehended amidst a shopping cart fueled joyride out of hell.

The woman's been identified as Josseleen Elida Lopez, 25. Lopez was held after scarfing down $32.36 worth of food and wine. She told the authorities she's homeless.

If you're going to hit rock bottom, at least eat some chicken, and wash it down with some wine right? In all seriousness we wish Lopez the best on her road to recovery. Deputies disclosed to the press that they found two empty syringes after arresting Lopez, which she claims she used to inject crystal meth.