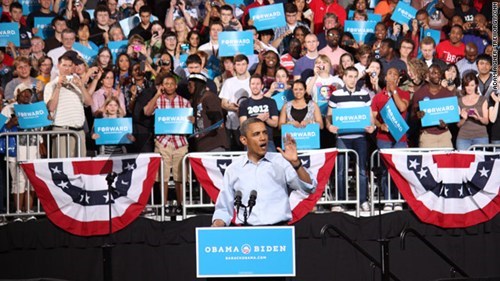 Campaign Slogan of the Day

After much speculation, the Obama campaign has finally settled on a campaign slogan -- "Forward" -- announcing it today with this seven-minute(!) video.

Meanwhile, Mitt Romney released his own video this morning, "Broken Promises," which argues that Obama failed to keep his pledge to cut government programs that do not work.

Presidential Collegiate Differences of the Day 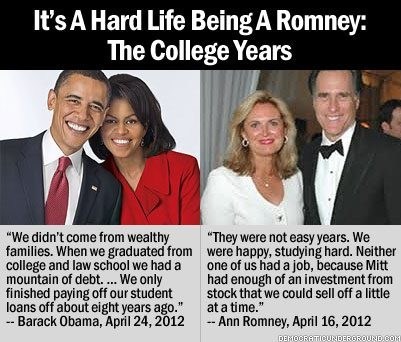 There's something rather foreboding when the person who runs the United States says that he finished paying off his student loans less than a decade ago; on the flipside, however, is Ann Romney's claim to hard times because she and Mitt were unemployed and living off of stocks. While the President has been fighting tooth and nail for affordable higher education, who can resist financial advice from a grown man named Mitt?

The Youth Enthusiasm of the Day 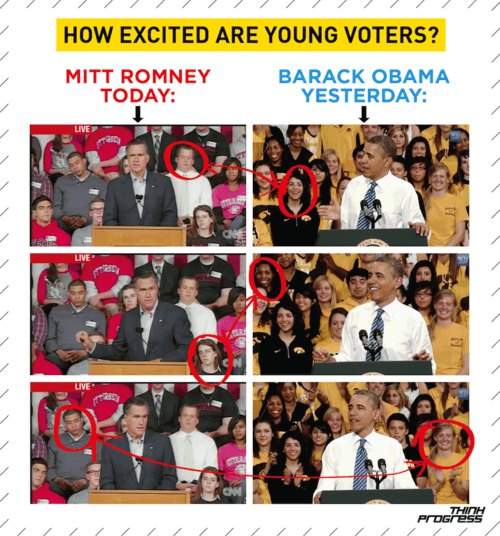 Both Mitt Romney and President Obama spoke at universities this week and received some very different reactions from the student voters. This tidy little side-by-side comparison shows exactly how stoked young voters are for Obama, while the students at Romney's event seem like they're catching up on their sleep.

Trump Card of the Day

Obama Sticking Up for Students Story of the Day 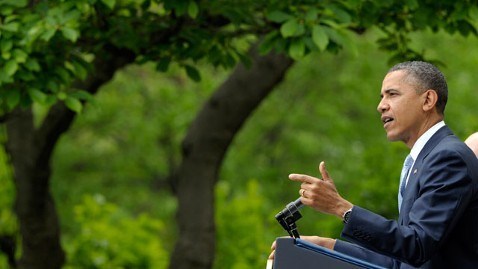 Yesterday during his weekly radio address, President Obama said that he would pressure lawmakers to keep student loan rates at 3.4 percent. If ignored, the rates will double in July. The president stressed that higher education "cannot be a luxury [but] an economic imperative that every family must be able to afford." GOP members are pushing back, unsurprisingly, in their quest to make America's youth a contingency of dum-dums.

Hockey Hecklers of the Day 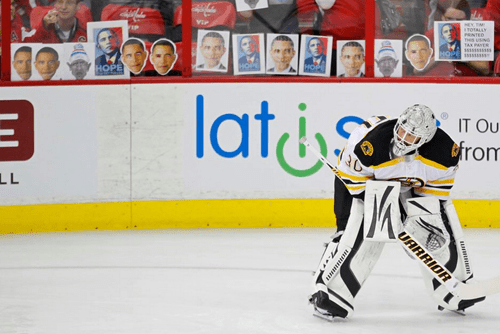 Boston Bruins goalie Tim Thomas must have known that in his return to D.C. for Game 3 of the Eastern Conference quarterfinals, Capitals fans wouldn't let him forget his infamous refusal -- for political reasons -- to attend a White House celebration honoring the team's Stanley Cup win. Naturally, Thomas was greeted by giant Obama heads and posters in every direction.

"What did Wayne Gretzky say? You miss 100 percent of the shots you don't take. This was too much of an opportunity to pass up," said fan Mike Holden. "We had Timmy coming to town, and he wants this issue to go away, and we figured we'd put it right in his face."

Happy Easter, if you're into that sort of thing! As is such, it gets no better than seeing the First Family's dog donning bunny ears in this clip to promote the White House Easter Egg Roll, thus proving that even the most powerful American family will do something to embarrass their pet.

Let the Fight Begin of the Day 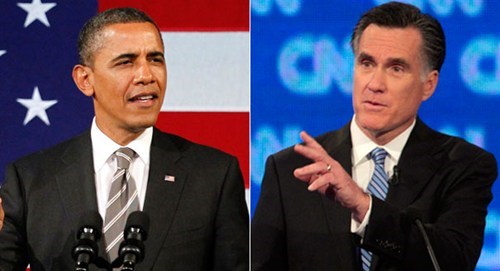 Major progress on the political front Tuesday night: Romney locked up another 83 delegates, putting his total at 646 of the 1,144 needed for the Republican nomination, meaning he is virtually free to ignore his GOP opponents and go after Obama full-time. The president, meanwhile, officially captured the Democratic nomination by clinching D.C. and Maryland.

Consider this the first day of the general election.

President Obama Speaks Out On Trayvon Martin of the Day

In stark contrast to Geraldo Rivera's stunningly callous victim-blaming, President Obama this morning delivered a powerful statement of support for Trayvon Martin's parents in response to a question about the ongoing investigation.

"When I think about this boy, I think about my own kids," the president said. "I think every parent in America should be able to understand why it is absolutely imperative that we investigate every aspect of this... You know, if I had a son he’d look like Trayvon." 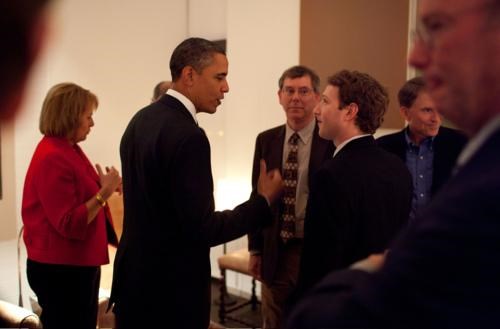