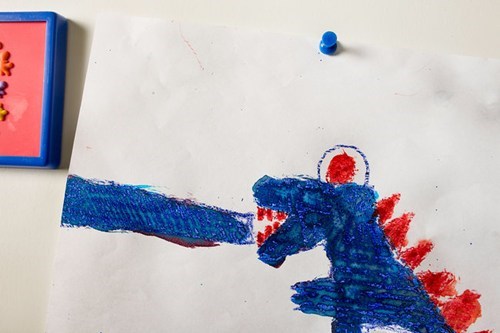 "I've always said that Michael will grow up to be either a Nobel Prize winner or a serial killer."

So says Michael's mom, quoted in a weekend New York Times story headlined: "Can you call your 9-year-old a psychopath?" And yes, Michael is the 9-year-old in question.

A worthy read, whatever you believe.

A new harbor seal pup was born at the Aquarium of the Pacific late last month, and darn if she didn't take to the water within an hour of birth. Several weeks later, she's in good health, though she has yet to be named.

Body Art of the Day

Minimalism may have reached a new extreme -- New Jersey body piercer Dave Hurban recently implanted magnets into his own forearm so he won't have to bother with a watchband while running with his iPod Nano. "Those magnets are actually called micro-dermal anchors, and in body piercing they are very common," he says. "The tops are actually just 5-millimeter magnetic tops."

And when Apple updates the Nano? No matter -- "I did it because I'm living in the now." 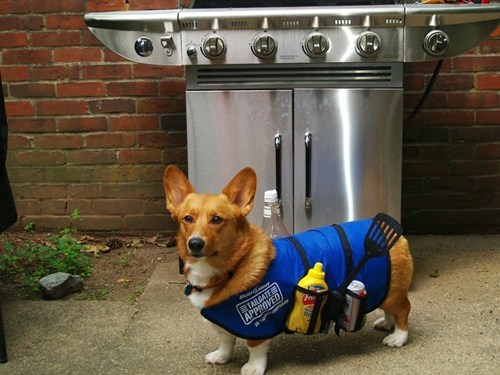 Today on The Daily What Geek: An MIT grad student has invented a real-life Mario Kart

J.J. Abrams -- of Alias, Lost, and Fringe fame -- is at the helm of Revolution, a new drama set in a post-apocalyptic world 15 years "after the lights went out" -- or when a mysterious electromagnetic pulse threw humanity back into the 19th century, without cars, phones, or (gasp!) the Internet. Premieres this fall on NBC.

MCA Tribute of the Day

Poop Imitates Art of the Day 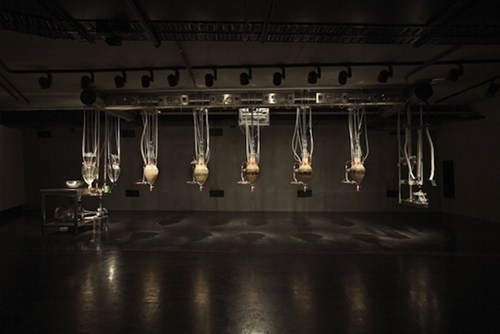 Art has always been subjective, but the newest exhibit at "the subversive adult Disneyland" in Sydney, Australia, is essentially an automated poop machine:

It was built by Belgian artist Wim Delvoye to mimic the actions of the human digestive system. A series of glass receptacles hang in a row with the machine being "fed" twice a day on one end. The food is ground up "naturally," the way it is in the human body, and the device produces feces on the clock at 2 p.m. at the other end.

Though the motto at the Museum of Old and New Art (MONA) is "to shock, offend, inform and entertain," NBC reports that as far as the poop machine is concerned, "not many visitors can take it." One guest said the exhibit's byproduct is an "overwhelming assault on the senses."

Ambitious Crowdsourcing Project of the Day 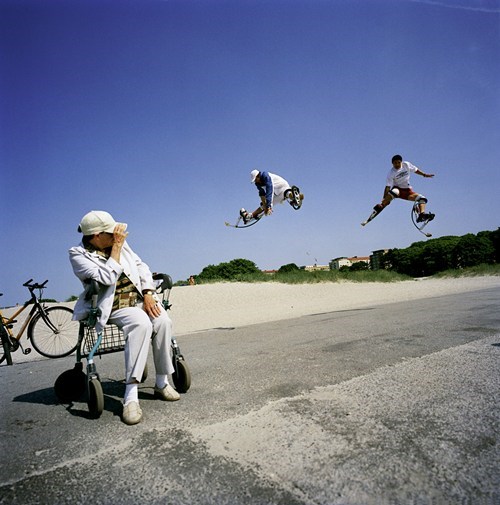 Another day, another crowd-sourced documentary project  -- anyone and everyone with a camera is invited to submit pics shot Tuesday to ADAY.org, in an attempt to create a snapshot of the world over the course of a single day.

Backed by Desmund Tutu and Swedish pop-star Robyn, among others, part of the project's goal is to break down global barriers. Says project co-founder Jeppe Wikstrom: "We somehow think everyone in Africa is starving and we assume that everyone in China rides a bike."

Ghostbusters Tour of the Day

The guys at Bleeding Cool recently relocated to New York, and among their first order of business was shooting this helpful Ghostbusters guide to NYC.

Supercut of the Day

A supercut of just the gear-shifting in the five Fast & Furious films obviously required a few ground rules:

It had to be an obvious gear-shift moment, with the hand/gearshift at least partially showing on screen (there are several moments in the films where you see a character's shoulder move as they shift gears, but those didn't count unless you could also see part of the hand). Everything else -- barring the brief titles for each film -- was cut.

Puppies teaching themselves to skateboard -- what's not to love?

Controversial Magazine Cover of the Day 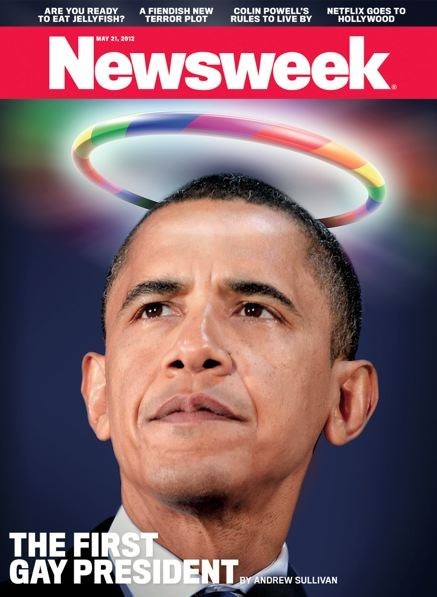 And so they have -- Newsweek released its latest cover Sunday, and the furor is directed not so much at Obama's rainbow halo but the title of Andrew Sullivan's accompanying story: "The First Gay President."

Barack Obama had to come out of a different closet. He had to discover his black identity and then reconcile it with his white family, just as gays discover their homosexual identity and then have to reconcile it with their heterosexual family. The America he grew up in had no space for a boy like him: black yet enveloped by loving whiteness, estranged from a father he longed for (another common gay experience), hurtling between being a Barry and a Barack, needing an American racial identity as he grew older but chafing also against it and over-embracing it at times. This is the gay experience: the discovery in adulthood of a community not like your own home and the struggle to belong in both places, without displacement, without alienation. It is easier today than ever. But it is never truly without emotional scar tissue. Obama learned to be black the way gays learn to be gay. And in Obama's marriage to a professional, determined, charismatic black woman, he created a kind of family he never had before, without ever leaving his real family behind. He did the hard work of integration and managed to create a space in America for people who did not have the space to be themselves before. And then as president, he constitutionally represented us all.

The comparison of Obama's struggle with racial identity to the  struggle of coming out is quite a stretch. But as Sullivan is one of the most prominent and respected gay writers in the country, his words obviously are not meant to offend. Coining Obama "the first gay president" is merely a savvy money-making move. 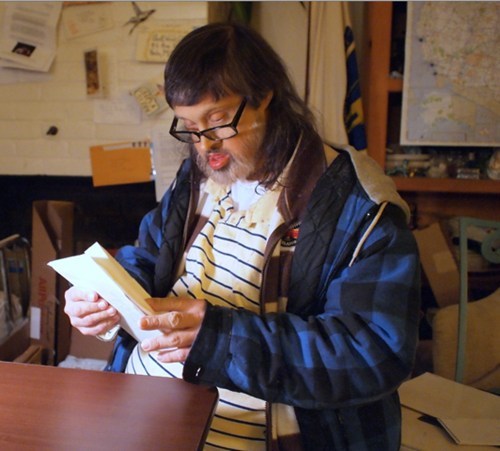 Scott Widak has Down syndrome and is terminally ill with liver disease, and he loves to receive mail. So his nephew Sean O'Connor recently posted his P.O. Box on Reddit, to see whether anyone might be interested in sending his uncle a letter: "One of my uncle's favorite things to do is open mail, and I thought that if he got a lot of mail it would cheer him up."

It's been a month since the post, and Widak, an artist, has received mail from all over the world, including the United States, Sweden, Finland, Australia, Japan, the United Kingdom, and Mexico. Redditors have sent heartfelt letters, custom artwork, art supplies, DVDs, and personal keepsakes.

"The mail that's arrived has all been extremely positive and thoughtful," O'Connor says. "My family and I are amazed at how so many strangers could come together for a random act of kindness."

Don't miss the rest of the pics -- they'll make your Monday.

Everybody Needs a Hobby of the Day

YouTube domino wiz FlippyCat spent 65 hours over eight days placing 60,000 dominoes just so. They crashed to the ground in 12 seconds.

Alex Tanney and Johnny Mac have nothing on these hipsters, whose highlight reel is straight vinyl.

Since Tupac's been getting a second wind in his posthumous hologram career, Mother's Day is a good day, if any, to revisit one of his more sentimental songs, 1995's "Dear Mama," an audio tribute to his mother, former Black Panther, Afeni Shakur. Happy Mother's Day!